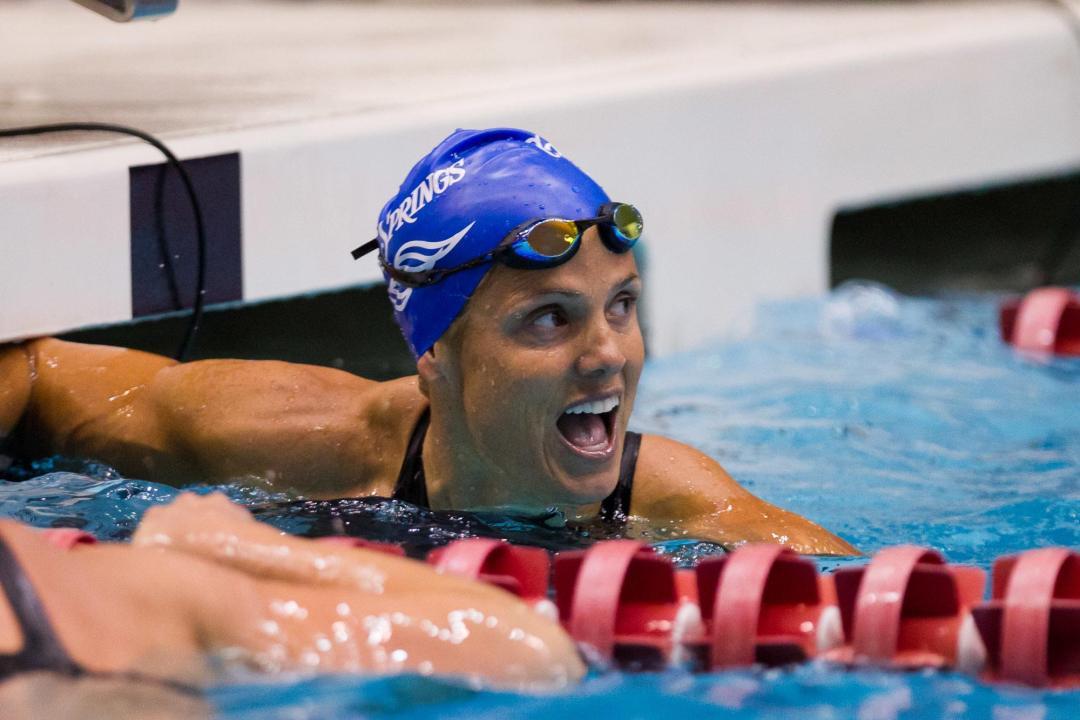 12-time Olympic medalist Dara Torres may be four years removed from her storied swimming career that includes a 50m freestyle silver medal at the 2008 Beijing Games, but the competitive fire within still burns. And, the 49-year-old California native is putting that fire to good use, participating in her first ever boxing match as part of an upcoming charity boxing extravaganza.

Torres is one of 28 competitors set to take part in the Haymakers for Hope ‘Belles of the Brawl’ scheduled for tomorrow in Boston, Massachusetts. Haymakers for Hope is a charity which uses the sport of boxing to raise money for cancer research. The organization says it gives ‘everyday men and women the opportunity to fight back against cancer by training for and competing in charity boxing events to raise money and awareness.’

Torres, who lost her own father to colon cancer, is slated to fight against 43-year-old chemical engineer, Sue Bator, and has raised over $18,500 in the process.

Comparing boxing to her aquatic passion, Torres tells NBC Sports of her new endeavor, “I have to pace myself and not go too fast, too hard, too quickly or I’ll be exhausted.”

“I’m not super aggressive,” Torres said. “But if [my opponent] does something to upset me, I think it will spark something in me to want to fight her.”

In terms nerves entering her first big fight tomorrow, Torres says, “I think I’m going to be sick to my stomach. “I’m not in my element. My element is in the pool.”

Anyone holding onto to notion that Torres may have picked up a 2nd career can put those thoughts to rest, as she says, “[Boxing] is something I don’t particularly like and it’s a hard, hard sport.

“But it’s something that can bring more awareness and raise money to help fight this fight against cancer.”

You can read more about the event here.

Let’s raise cancer awareness by concussing one another. Brilliant.