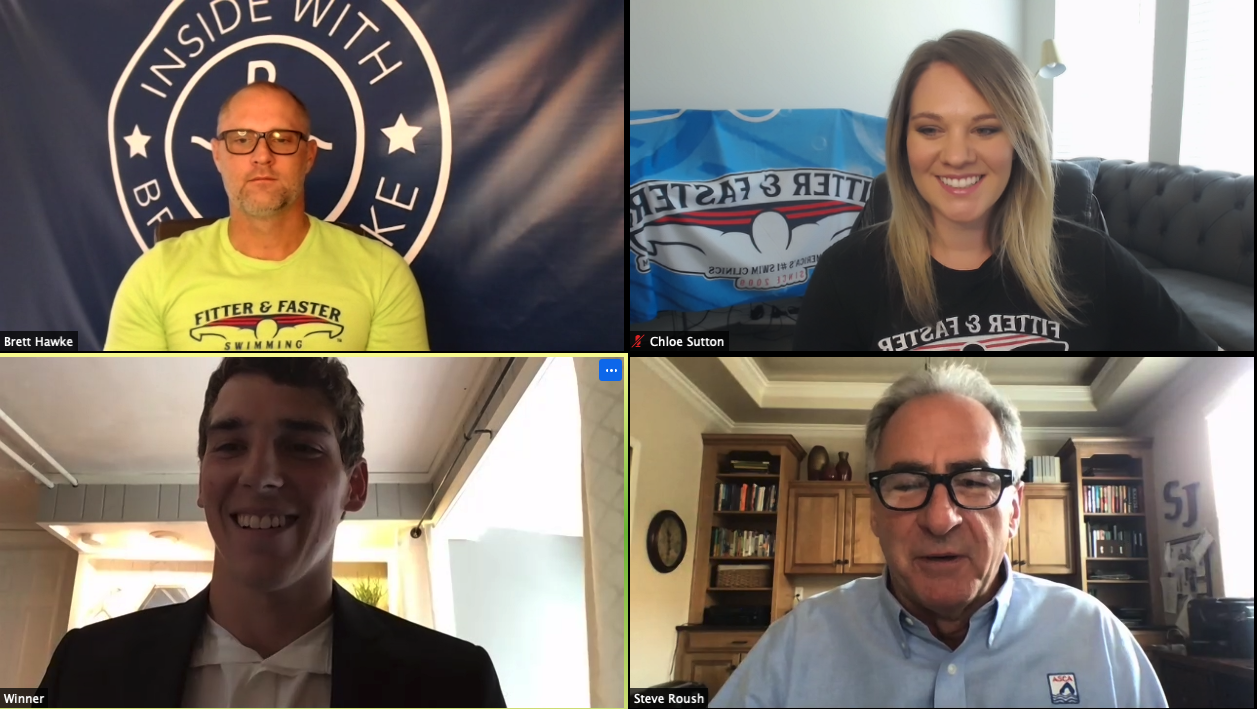 Rayle was nominated for his work with CYAC through most of last season, though CYAC is no longer called CYAC and Rayle has since switched teams. Current photo via Fitter & Faster

Alex Rayle of the Piedmont Family YMCA/CYAC in Charlottesville, Virginia, has been named the 2020 Fitter and Faster/American Swimming Coaches Association Age Group Coach of the Year. The winner was announced on Thursday during a virtual ceremony as part of the annual ASCA World Clinic, which has been forced online this year amid the ongoing coronavirus pandemic.

This is Rayle’s 3rd straight nomination and first time winning the award. He served as the Head Age Group Coach at CYAC from 2017 through 2019 and the associate head coach from 2019-2020.

While Rayle was nominated for his time at CYAC, which has incidentally since merged with Cavalier Aquatics and competes under the Cavalier Aquatics name, he is currently serving as the Head Senior Coach for the Central Virginia site of the Virginia Gators.

While with CYAC, his best-known athlete was Thomas Heilman, who recently became the fastest 13-year old in history in the 100 yard free. Heilman set a total of 7 National Age Group Records during his time training under Rayle.

In total, Rayle’s swimmers last season finished with 12 #1 rankings and 5 different athletes ranked in the national top 20 in a total of 33 event.

Rayle swam at UNC Wilming from 2013 through 2017, where as both a junior and a senior he finished 4th in the 200 breaststroke at the CAA Championships. A Charlottesville native, Rayle has returned home to kick off his coaching career, and even in just his mid-20s, he’s already growing a reputation thanks to a number of successes, including and beyond Heilman.

Fitter & Faster is a SwimSwam partner.

I am so happy for you, Alex! You have such dedication and passion.