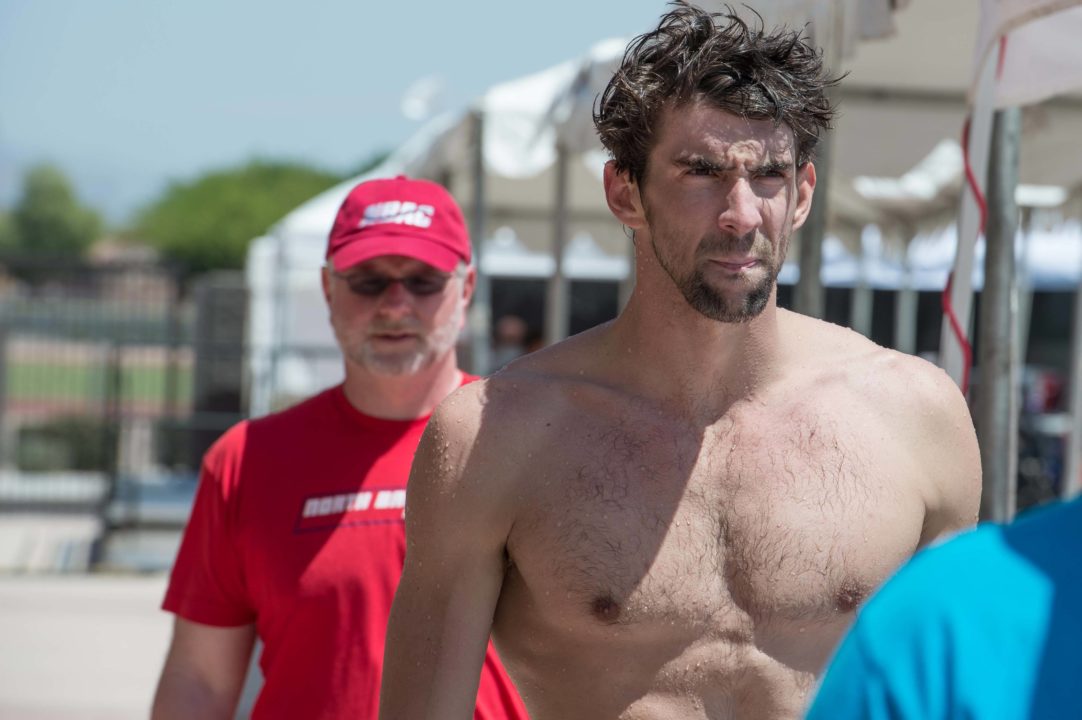 Though he wasn't even in the pool for the race's most exciting portion, Michael Phelps will always be remembered for his iconic and exuberant celebration of the Americans' improbable comeback in the Beijing 400 free relay. Current photo via Mike Lewis/Ola Vista Photography

This week, we’ve been counting down the top 10 moments of Michael Phelps’ career so far. We asked readers to weigh in via Twitter and Facebook to help us decide the top three, choosing between Phelps’ record 8th gold medal in the 400 medley relay, the huge American comeback victory in the 400 free relay, complete with Jason Lezak’s furious anchor leg and Phelps’ exuberant celebration, or the narrow Phelps touchout of Milorad Cavic for the 100 fly, all from the 2008 Beijing Olympics. Your votes have been tallied, and this Phelps moment came in at #2:

In terms of pure excitement, its hard for any moment, swimming or otherwise, to compete with the legendary 400 free relay at the 2008 Beijing Olympics.

The lead up was a war of words between the Americans and their French rivals, led by superstar sprinter Alain Bernard. But the battle wasn’t just for gold and national pride – the specter of Michael Phelps and his quest for 8 gold medals hung over the proceedings. A loss would doom the 8-for-8 run in the most heartbreaking of ways.

Most swim fans will remember the moment well. Phelps’s leg was over; the race was out of his control. Jason Lezak trailed Bernard by a body length with 50 to go. But in an amazing comeback, Lezak reeled in the Frenchman, sending Phelps and his teammates into a raucous celebration that would stand as one of the most iconic images of those Beijing Games.

but in all seriousness…you can’t write an article like that and NOT POST THE PICTURE!! (of course…I understand if there are copyright issues…)

I found it for you!