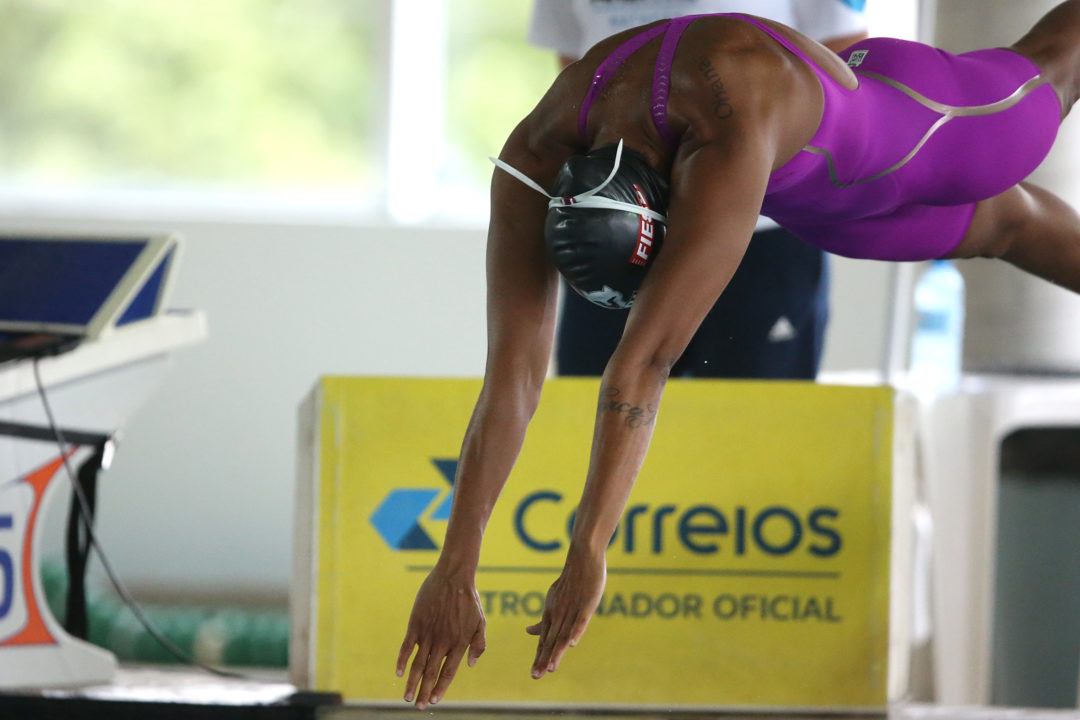 Correios, the most visible sponsor of Brazilian swimming for almost 3 decades, has terminated its agreement in light of Thursday's events. Archive photo via Satiro Sodre/SS Press 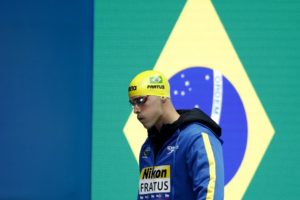 The Brazilian national postal service, Correios, has ended its 26-year run as a major sponsor of the Brazilian aquatics federation (CBDA).

The group has been waffling on renewing its sponsorship since the investigations into the CBDA began, which has resulted in funding cuts, lawsuits, and suspension of salaries and national championship meets. The saga came to a peak on Thursday when long-time CBDA president Coarcy Nunes was arrested.

The investigation is into the use of 40 million Brazilian reals (roughly #12 million U.S. dollars) by the federation, which includes paying multiple-times the market value for equipment and making payments to companies of dubious existence.

Correios said in November that it was going to renew its sponsorship, but at a lower level than its previous sponsorship – reducing from 300 million Brazilian reals to 180 million reals ($92 million to $55 million USD) for 2017, with another 50% reduction likely for 2018.

Globoesporte reports though that now they will rescind all sponsorship with the CBDA.

The Correios ‘ statement on the separation:

“Partners of the Brazilian Confederation of Aquatic Sports for more than 20 years, Correios deplores the latest events involving this entity. For the state, it had already been a difficult decision to reduce sponsorship to the CBDA in 2016 due to budgetary issues, since this investment aims to support top athletes and also implement social projects in Brazil. Now, because of the negative impact and wear and tear on the company’s image, the Post Office is taking legal action and contractually foreseen to terminate the current sponsorship agreement, which would be valid for the period 2017/2019.”

The turmoil and widespread loss of funding has led many of Brazil’s young stars to turn to the American collegiate system (NCAA) to continue the support of their swimming careers. That includes Brandonn Almeida, who is heading to the University of South Carolina in the fall.