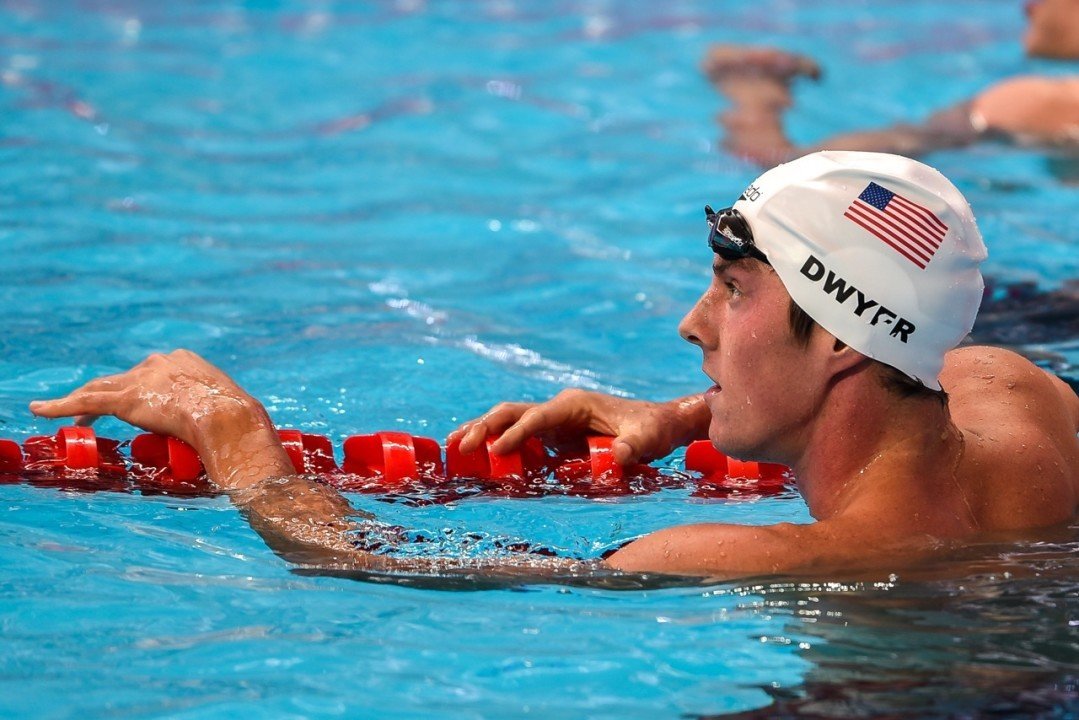 At Friday night's Cubs game, Illinois native Conor Dwyer led the Wrigley Field crowd in a raucous rendition of "Take Me Out to the Ball Game." Archive photo via Peter Sukenik/www.petersukenik.com

At Friday night’s Cubs game, Illinois native Conor Dwyer led the Wrigley Field crowd in a raucous rendition of “Take Me Out to the Ball Game.”

True to form, 28-year-old Dwyer took a dip in Lake Michigan before the game, showing off his signature galloping stroke.

Dwyer’s Cubs connection runs deep: his grandfather, Jim Dowdle, played a part in running the team when he was an executive vice president at Tribune Co., which used to own the team. He’s also good friends with Cubs star Anthony Rizzo.

It’s only fitting that he took over the microphone for the 7th inning stretch:

This wasn’t Conor’s first time taking centerstage at Wrigley; he threw out the first pitch alongside Cullen Jones back in 2015 (they also led the 7th inning stretch).

After the 2016 Olympics, Dwyer even joked that he’d consider giving up his 4×200 free relay gold medal for the Cubs to win the World Series.

Dan Patrick: "Would you trade one of your gold medals for a World Series title for your Cubs?"

Regardless of which MLB team you root for, it’s safe to say that Team USA fans everywhere can be happy the Cubs were last year’s World Champions and Dwyer didn’t have to make that decision. The Cubs beat the Cardinals 8-2 in a contentious game that saw both Cubs starting pitcher John Lackey and starting catcher Wilson Contreras get ejected from the game.

I didn’t know he was a lefty. It’s interesting he breathes to the right, no?

Not exactly. I know a lot of D1 athletes and current National Level AG swimmers that I swim with that breath opposite to their dominant side.