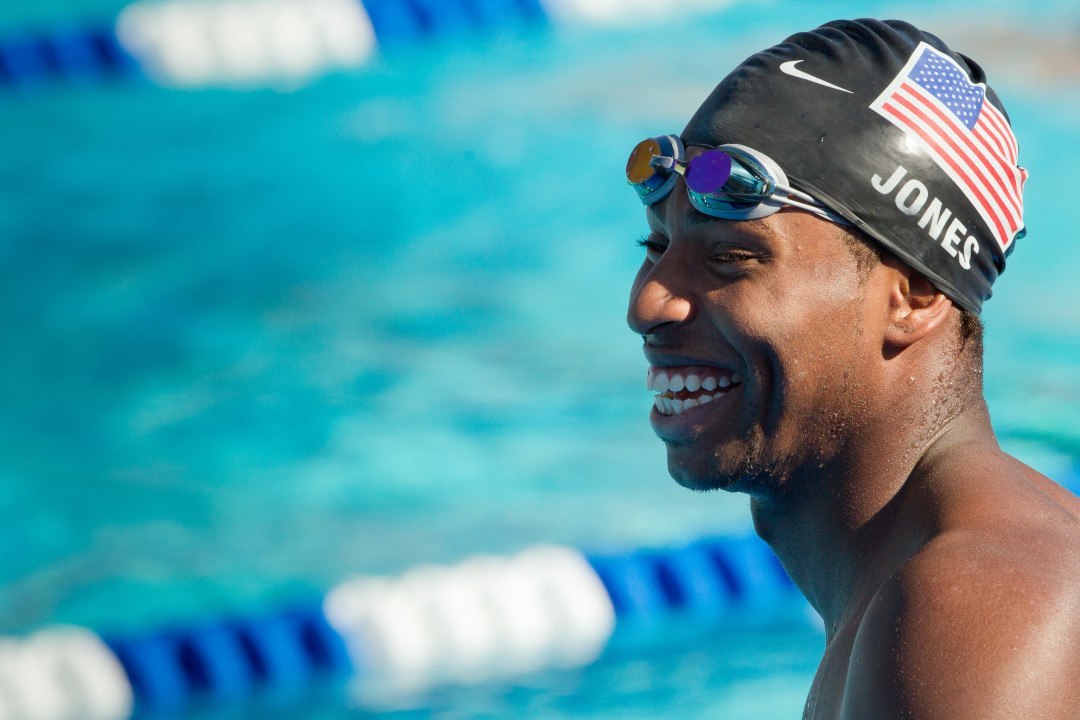 US Olympians Cullen Jones and Conor Dwyer made the most out of their trip to Chicago to kick off USA... Archive photo via Tim Binning/TheSwimPictures.com

US Olympians Cullen Jones and Conor Dwyer made the most out of their trip to Chicago to kick off USA Swimming Foundation’s Make A Splash weekend. On Thursday night, Jones And Dwyer threw out the ceremonial first pitches at Wrigley Field for the Chicago Cubs baseball game against the Cincinnati Reds.

In addition to throwing the first pitches, they also lead the crowd in the singing of “Take Me Out To The Ballgame” during the seventh inning stretch. The Cubs went on the beat the Reds 6-3.

The kick-off event for the 2016 Make a Splash Tour presented by Phillips takes place this weekend, June 11-13, 2015 in Chicago. The tour team of Cullen Jones, Conor Dwyer, Jessica Hardy, Christine Magnuson and Rowdy Gaines are visiting four cities across the country to promote the importance of learning to swim to families nationwide. Their goal is to help enhance publicity and expand the reach of the Make a Splash campaign to a wide audience of parents, learn-to-swim providers, educators, and community leaders.