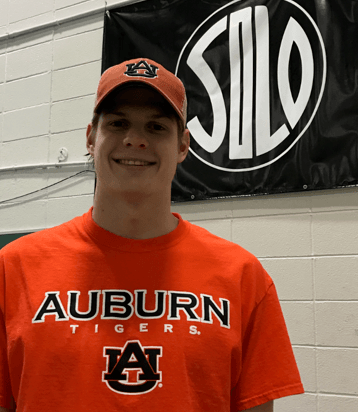 Matthew Yish, a junior at St. John’s Preparatory School in Danvers, Massachusetts, has verbally committed to Auburn University beginning with the 2018-19 season. Yish swims for SOLO Aquatics out of Haverhill, Massachusetts, where he specializes in sprint free and fly. A 2016 Olympic Trials qualifier, Yish was one of the 68 junior swimmers invited to attend USA Swimming’s National Select Camp in Colorado Springs last month.

Yish is building off a strong 2016 season that saw him compete at Olympic Trials in the 100m fly and place seventh in the 50y free at Winter Juniors East. While he sat out the last two seasons of high school swimming to focus on club swimming, he earned NISCA All-American honors his freshman year on the St. John’s Prep medley relay that won the MIAA Division I state championships.

His top SCY times include: