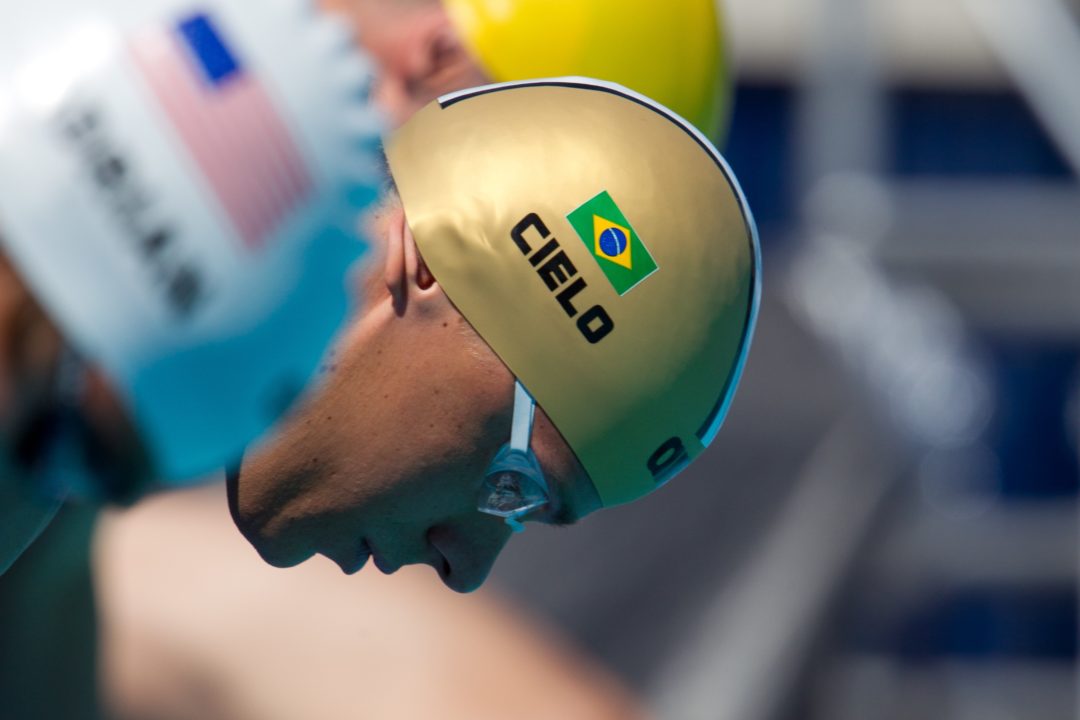 Cesar Cielo, 3-time Olympic medalist and 4-time World Champion, is dropping out of the 2012 FINA Short Course Swimming World Championships in Turkey to rehabilitate his knees.

According to his sports manager, David Arluck of Arluck Promotions:

“Cesar Cielo has decided to intensify the treatment that he has been implementing for his knees and will not compete at short course world championships in Turkey. The timing of this rehabilitation has been set strategically so he will be as good as ever for Long Course World Championships in Barcelona.”

According to magazine, Business Era, Cielo remains the biggest sports brand in Brazil. Based on a study done by the Business and Sport Image Managment and Career partnership, Cielo owns the spot over Portuguese soccer (footballer) star, Cristiano Ronaldo dos Santos Aveiro. Among many sports stars Brazilian fans love, Cielo received 26.6% of the vote, a full five percentage points ahead of his athletic peers. This data is surely due to Cielo’s long career on the global stage.

The 11th FINA Short Course Swimming World Championships will be held December in Istanbul, Turkey. Istanbul won the bid to host the championships over Vienna, Austria.

Is Turkey going to be a safe place to compete. Things in the Middle East seem to be a little shaky at best.

They hosted European Short Course in 2009

Istanbul is very safe, and far away from most of the problems on Turkey’s South Eastern border with Syria and the PKK. A lovely city too 😀