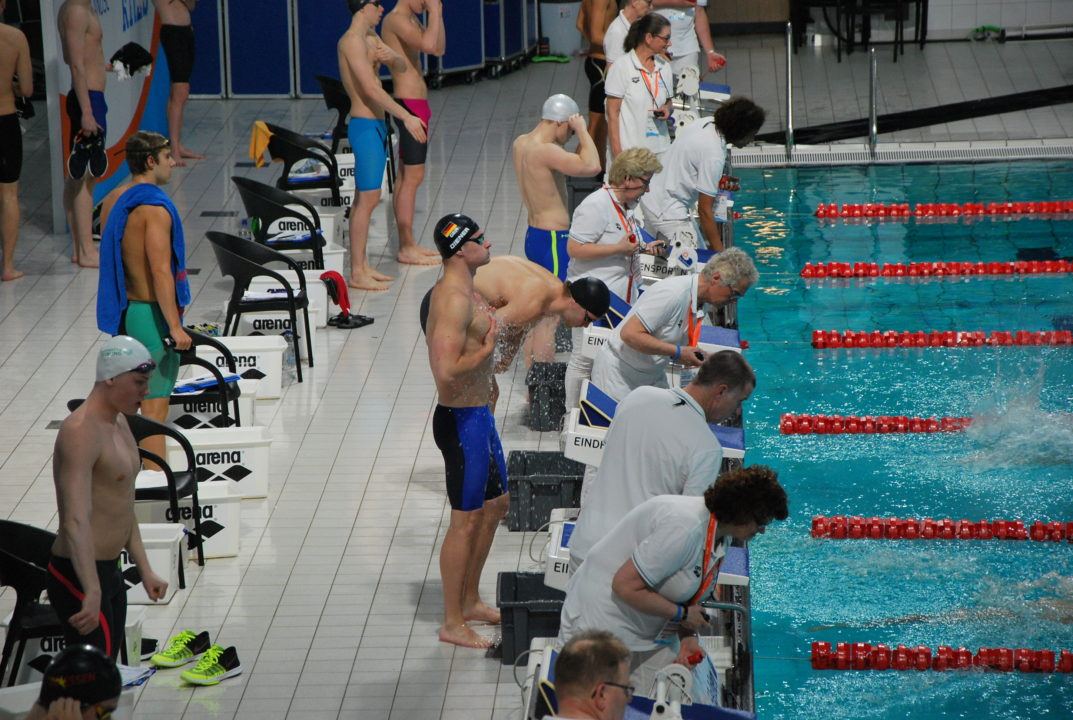 Diener moves into a tie for 10th all-time after erasing Thomas Rupprath's 2009 German Record of 22.85 in 22.76. Archive photo via Daniela Kasper

Just over an hour after winning the men’s 200 backstroke, London Roar swimmer Christian Diener went out and erased an 11-year-old German Record en route to winning the 50 back at the ISL’s second match in Budapest.

The native of Cottbus, Germany also handed London Roar teammate Guilherme Guido the first 50 back loss of his ISL career. Guido went 4-for-4 last season, with his fastest showing come in at 22.55.

Guido placed second in this race, clocking 22.90, as the Roar walked away with 26 of the race’s 37 points due to Diener snagging points from finishers 5-8 because of the new jackpot rules.

Diener moves into a tie for 10th all-time in the event with Ireland’s Shane Ryan.

Diener looks great. Looking forward to the 100 back tomorrow