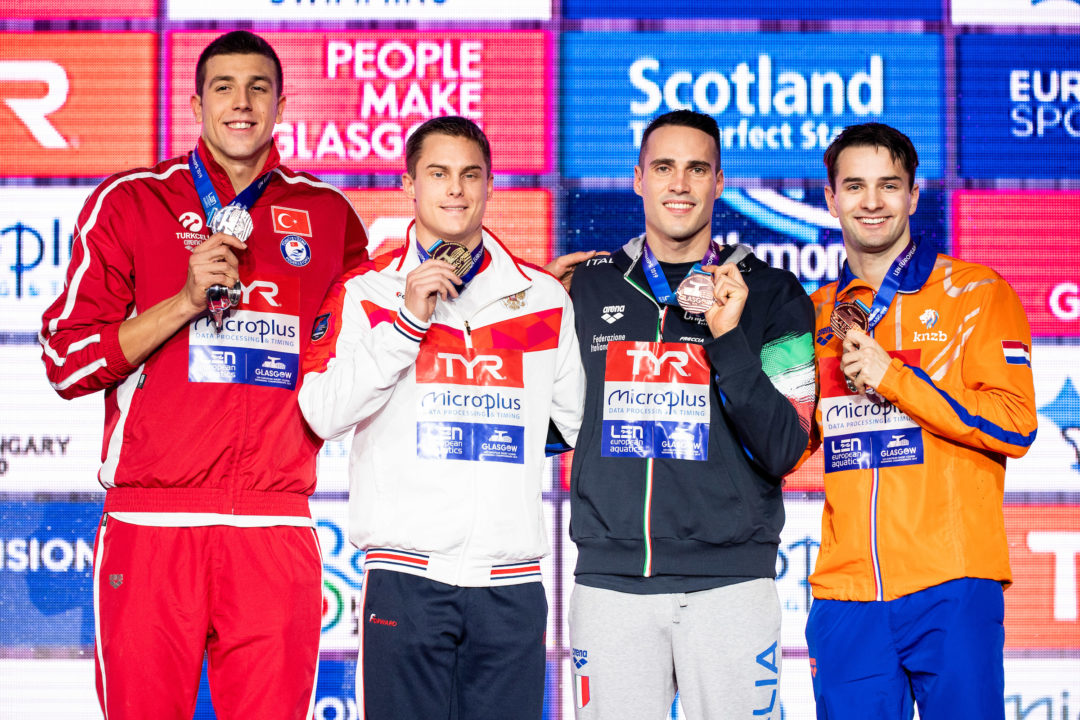 Sakci becomes the ninth-fastest swimmer of all-time after clocking a blazing 25.74 in Budapest. Archive photo via Giorgio Scala / Deepbluemedia / Insidefoto

Iron swimmer Emre Sakci set a new Turkish Record in the men’s SCM 50 breaststroke during the second match of the 2020 ISL season, clocking a time of 25.74.

Sakci lowered his previous mark of 25.82 set at the 2019 European SC Championships in December (where he won silver behind former Iron swimmer Vladimir Morozov).

Sakci moves up from 11th to ninth all-time in the event, leapfrogging Nic Fink and Felipe Lima.

Ilya Shymanovich, who competes for Energy Standard, became the sixth-fastest performer of all-time during the league’s first match on Friday (25.64).

In terms of all-time performances, Sakci’s swim slots him into a tie for 25th with Scozzoli.

A two-time Long Course World Championship team member for Turkey, Sakci’s swim was his ISL debut after he wasn’t apart of the league last season.