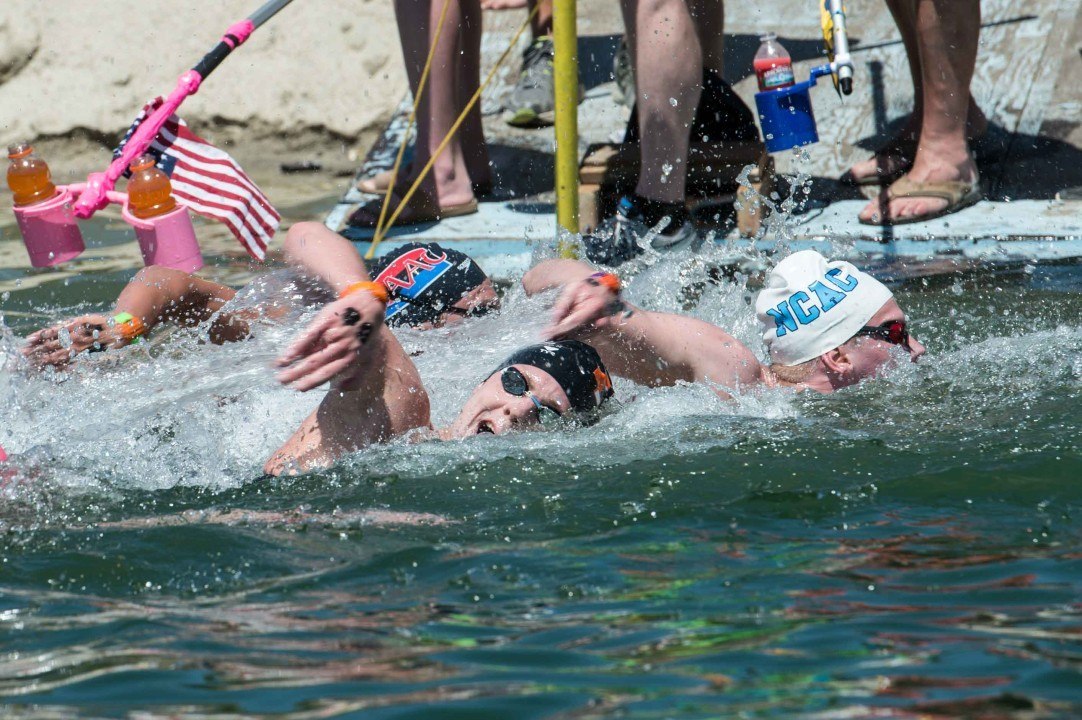 Charles “Chip” Peterson (USA) and Rachele Bruni (ITA) were the winners of the sixth leg of the FINA/HOSA 10km Marathon Swimming World Cup, taking place in Setúbal (POR) on June 27. Peterson completed the race in 1h54m23s60, while Bruni took 2h05m24s45 to achieve her third victory of the season, after having triumphed in Viedma (ARG) and Abu Dhabi (UAE).

For Peterson, this was the first gold of 2015 (he was ninth in the previous race in Balatonfured, Hungary), but the North American is a prestigious name in the world of marathon swimming. In 2005, the year he completed 18, he was the man to beat at the FINA World Championships in Montreal (CAN), after getting the gold in the 10km and the silver in the 5km. After some ups and downs in his career, “Chip” returned to the World Cup circuit, winning in Lac St-Jean (CAN) in 2010 and finishing second in the same race in 2014. In 2015, he seems to have found his old good shape.

In Setúbal, he successfully led the operations, leaving Christian Reichert (GER) with silver (1h54m47s10) and the other US swimmer in action, Alex Meyer, in third (1h55m flat). Rhys Mainstone, from Australia, winner in Noumea (New Caledonia, France) earlier in 2015, finished fourth in Portugal.

Among women, Bruni reinforced the lead of the overall ranking and was 10 seconds faster than her closest challenger, Japan’s Yumi Kida (silver in 2h05m34s15). The bronze went to Hungary’s Anna Olasz, crossing the finish line in 2h06m17s95. The Magyar swimmer had been second in Noumea and fourth in Cozumel. Experienced Eva Fabian (USA) and Angela Maurer (GER) were respectively 8th and 9th in the Portuguese race.

71 swimmers (50 men and 21 women) took the plunge in the calm waters of the Setúbal bay. The last four legs of the FINA/HOSA 10km Marathon Swimming World Cup will include stops in Lac St-Jean and Lac Megantic (CAN), Chun’an (CHN) and Hong Kong (HKG).

Great to see success from the American OW contingent!

You guys have a typo on Alex Meyer’s name.