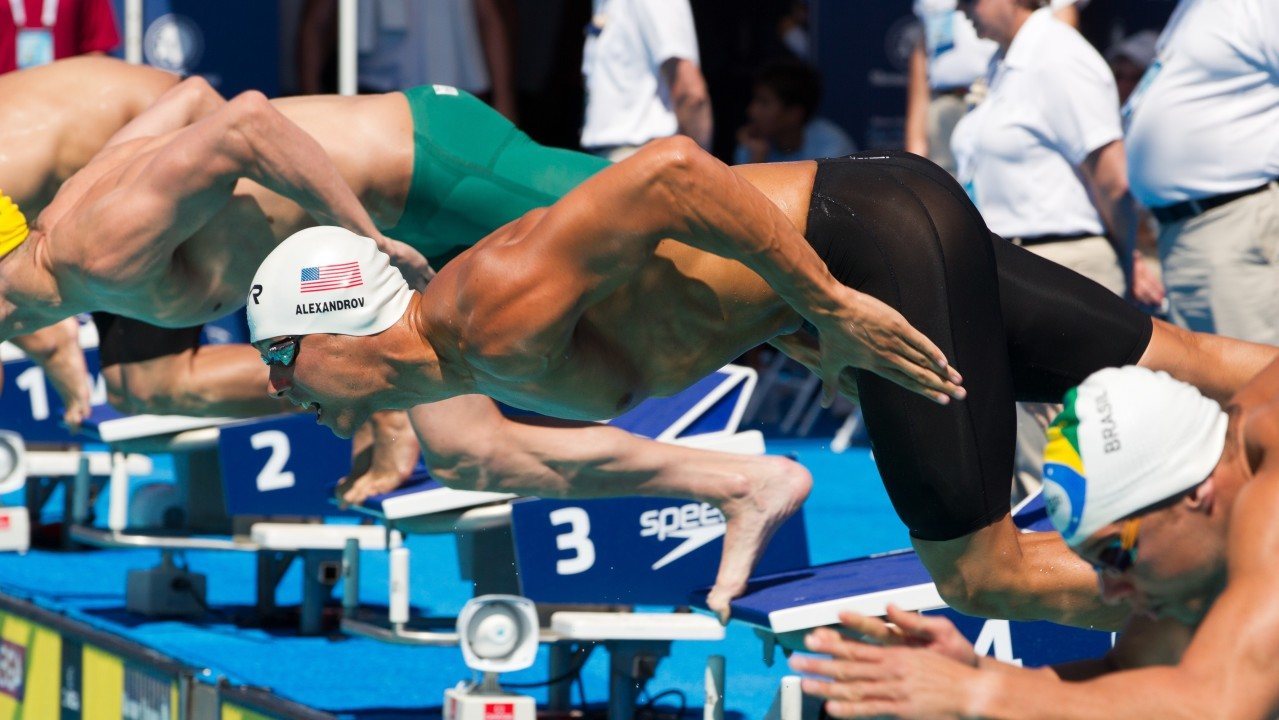 Denison’s men and women both came out on top in their dual meet with Chicago this past weekend. On both... Current photo via Tim Binning/TheSwimPictures.com

Most of the high seeds in the day 4 races at the Big Ten Championship held their entries, with the exception being star Michigan junior Maggie MacNeil.

Denison’s men and women both came out on top in their dual meet with Chicago this past weekend. On both sides, the Big Red captured 11 of 16 event titles en route to their respective victories: 192-109 for the women and 188-107 for the men. For Chicago, this meet was the first of the season, and against an opponent as tough as Big Red, they fared pretty well.

Big Red’s top scorer on the women’s side was junior Marissa Bednarek who won three events, sweeping the breaststrokes and swimming a leg on the victorious 200 medley relay. That relay included sophomore Carolyn Kane, junior Ashley Yearwood and senior Rima Jurjus. Kane and Jurjus also picked up individual victories with Kane’s win in the 100 freestyle and Jurjus’ victory in the 50.

Sophomores Campbell Costley and Sarah Lopez put up multiple individual victories for Denison. Costley took the crown in both the 1000 and 500 freestyles and Lopez put up the top scores on both 1 and 3 meter in diving.

Chicago’s top scorer on the women’s side was sophomore Abby Erdmann, who took the win in the 100 butterfly and swam a leg on the victorious 200 freestyle relay. Joining Erdmann – a national champion in the 200 butterfly last year – on the relay were DIII Spotlight featured senior Jennifer Hill, junior Jen Law and sophomore Maya Scheidl.

On the men’s side, the top scorers were junior sprinter Ryan Fleming and the distance freshman Stuart Hohm. Fleming captured individual victories in the 50 and 100 freestyles while Hohm took top honors in the 1000 and 500 freestyles.

The meet opened with a win for Big Red in the 200 medley relay with the crew of freshman Alec Carlson, sophomore Al Nenning, and juniors Andrew Rich and Conrad Wuorinen. Six more athletes recorded individual wins including national record holders Damon Rosenburg who took care of business in the 100 breaststroke, and Connor Dignan who led a 1-2-3 sweep on 3 meter and was part of a first-through-sixth sweep on one 1 meter, headed by Ben Lewis. Last year at the NCAA meet, Dignan had some knee issues which may have impacted his performance. With this being his senior year, it remains to be seen if those problems will continue to plague him.

Chicago put up a good fight in the backstroke and butterfly, and freshman Alex Lin started out his collegiate career with two victories: one in the 100 backstroke and in the 200 IM. Another double winner for the Maroons was sophomore Kevin Ku who took both butterfly events. His 200 time was a 1:53.96 – three seconds faster than his next closest competitor.

The final victory for the Maroons was the 200 freestyle relay with the quartet of sophomore Jeremy Estes, and juniors Thomas Meek, Andrew Homere and Matthew Veldman.

For complete meet results, click here. Big Red is back in the pool Friday for a two-day meet at Ohio State. The Maroons will be back in action Saturday  facing Wheaton College at home.