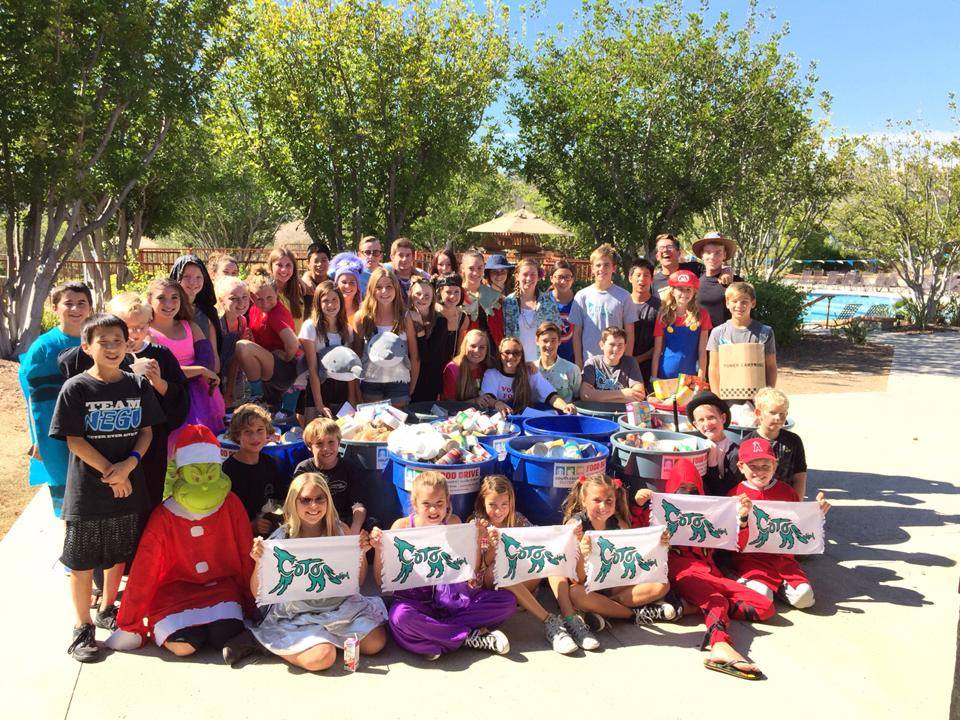 Coto de Caza, a community in Southern California is home to reality TV’s “Real Housewives of Orange County.” Did you know that it also has a competitive swim team where kids are learning values? Coto Coyote Head Coach Todd Conrad instills community awareness in his program “Coyotes’ Trick or Treat so Kids can Eat.” The swimmers change out of their suits into Halloween costumes and break into teams. This year’s teams were: Yellow – “Bananas,” Blue – “Team Bro,” Green – “Green Machine” and Red – “Fruit Snacks.” There’s a hint of team bonding going on, too.

At the sound of the beep the four teams race through their neighborhood trick-or-treating for canned foods.

This year, the Fruit Snacks won. But, in reality — not reality TV — but in real-life reality, the community won. In two hours, Coyotes brought in 1,810 pounds of food. The food bank won and these kids learned to think outside of themselves.

How does your swim team give back to the community? I bet there are a ton of creative programs and ideas. Please list them below.

Congratulations Todd! You have a wonderful legacy building there.

Way to go my son and congratulations to the team!!!