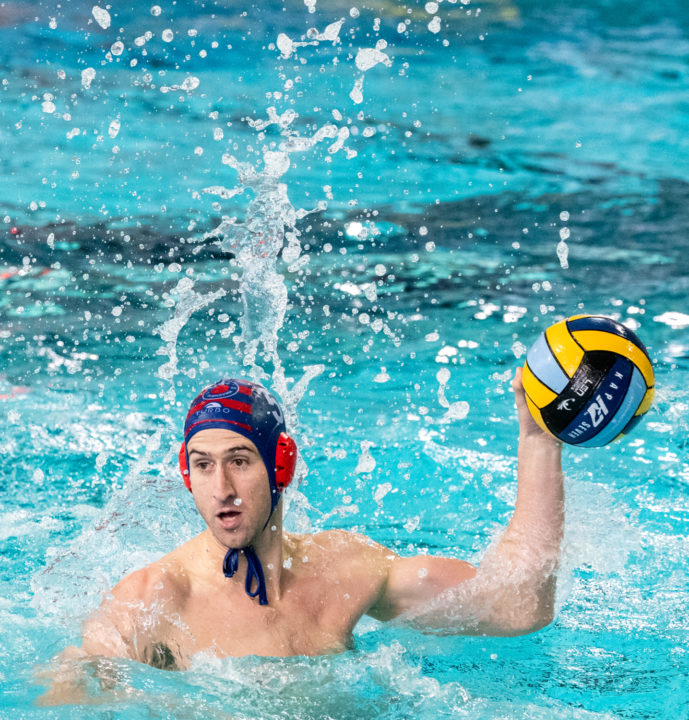 18 teams entered for this phase, but due to the COVID-19 pandemic, there is only one qualification round. Archive photo via LEN Media

This follows the announcement in early August of 12 Team USA athletes transferring to clubs in Europe.

Today the draw has been made for the qualification round of the Champions League. Eighteen teams entered for this phase but due to the current provisions in Europe because of the Covid-19 pandemic, there is only one qualification round, played in two sites. LEN also decided to play the 10 rounds of the Champions League main round in ‘bubble format’ in three stages, using two venues at each occasion.

At its last meeting, the LEN Bureau agreed to use a special playing format in order to secure that the Champions League can go all the way in the coming season. The ten rounds shall be played in three stages at two venues each time: teams of the same group will contest three rounds (one time four) at these ‘bubble tournaments’ where the participants shall be isolated for the entire duration of the event.

“We wish to restart our activities in the pools and offer the opportunity to our athletes to compete again” LEN President Paolo Barelli said. “At the same time, in the given circumstances, we have to ensure that the athletes’ health and well-­‐being are fully protected. We are to organise these events in close cooperation with the federations and the clubs and make sure that our safety guidelines are strictly implemented.”

Since LEN decided to cut the number of teams in the main round to 12 for this season, besides the 10 wild-­‐card holders only two spots are available and this makes the qualification tournaments much tougher than usual. Only the winners of the respective groups can join the Champions League – while the field features 13 teams which spent at least one season in the prelims in recent years, but most of them were regular participants and Final Eight contenders.

In the qualification round, the teams were drawn to two groups and then divided into two sub-­‐groups. In the sub-­‐groups four or five teams shall play a round robin tournament and then the first ranked sides of the two sub-­‐ groups will play for the Champions League spot. The others will also play to decide the final rankings as the 16 non-­‐qualifying sides can continue in the Euro Cup and their placements here will determine the batches used for the draw in the second-­‐tier cup.

The qualification round is scheduled for 11-­‐15 November.

Draw for the Champions League Qualifications

To be played in Siracusa (ITA)

To be played in Budapest (HUN)