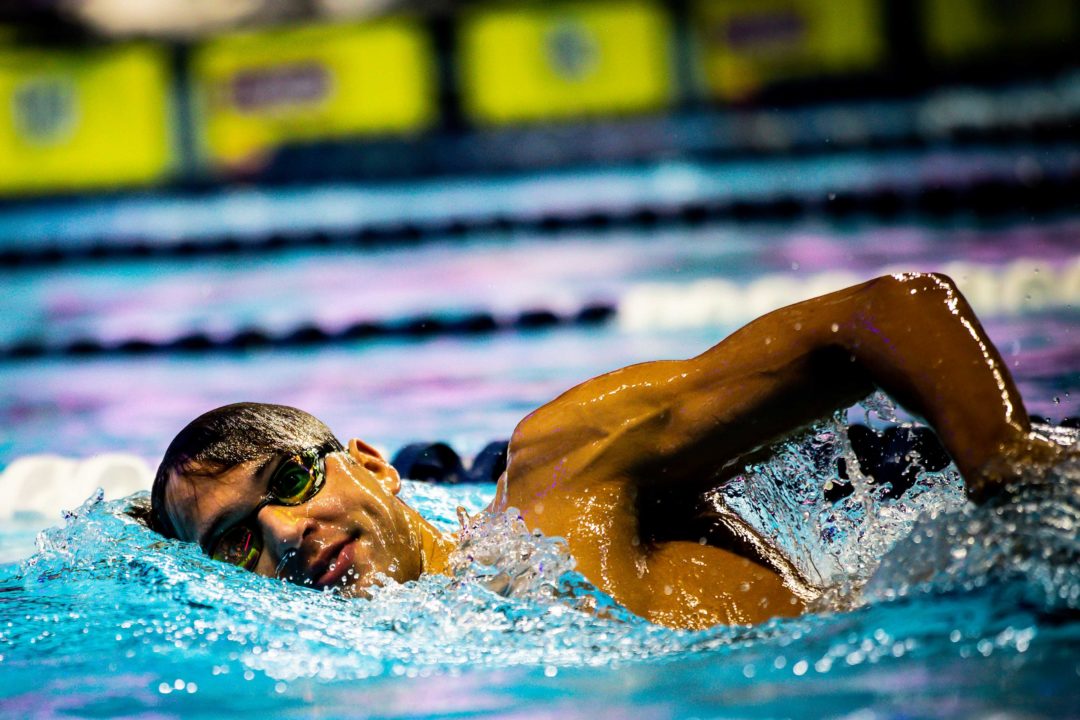 Olympic champion Chad Le Clos underwent two surgeries over the weekend and will be "out of action" for four to six weeks, he announced on Twitter Monday.  Archive photo via Jack Spitser/Spitser Photography

Olympic champion Chad Le Clos underwent two surgeries over the weekend and will be “out of action” for four to six weeks, he announced on Twitter Monday.

Both procedures were to “fix a couple of long term problems,” and both were successes, Le Clos said.

Hey guys quick update – had 2 surgeries this weekend to fix a couple of long term problems and both were a success. Recovering well but will be out of action for 4-6 weeks. Thanks for all the support 🙏🏼 pic.twitter.com/k2y5jEiyMp

While we don’t know what the surgeries were for, Le Clos dealt with a groin hernia heading into the 2019 FINA World Championships, and it was reported at the time that it may require surgery after the meet.

“I’ve been pushing off the wall at 70 percent, 80 percent max in training,” Le Clos said of that injury, according to The Times of South Africa. “It’s only [sore] when I push off the wall, not actually when I kick.”

Le Clos was entered in four events at Worlds, adding the 100m free to his schedule in addition to the 50m, 100m and 200m fly events. He earned bronze medals in the latter two events but wound up not swimming the 100 free or 50 fly.

In March, just days before the Tokyo Organizing Committee confirmed that this year’s Olympic Games would be moving to 2021, Le Clos made a swift exit from the nation of Turkey – where he had been training with Energy Standard – as it went into lockdown. All athletes and coaches had roughly 36 hours to leave the country, knocking their 6-7 week training plan completely off course.

Smart to do this now.

Word on the street is the issue was an old shadowboxing injury.

In all seriousness, though, this is a smart time to do this. Hopefully he comes back stronger. If I were him, I’d be getting back to the IMs. He’s been 1:57 and 4:12 (from 2012 and 2014) and then pivoted to exclusively fly and free, but I could definitely see him fighting for a medal in one or both of those in Tokyo, especially if Kalisz and Hagino don’t get back into form.

If he has a long term groin issue Breastoke may be a problem. I guess he could just do fly kick like everyone else does now.

You mention the IMs, throw in his 200 free, and probably one of the more underrated all-around talents remaining after the Phelps/Lochte era. Basically has done what Seto is doing now if you give credit for the better fly and free to discount for the IMs.

Doesn’t look like he’s at fly anymore. At least not the 200

I mean… third in the world is pretty good in my book.

As for range, he’s basically the best flyer in history across all courses and distances. His 21.95 SCM 50 fly all the way up to 1:52.96 200 LCM fly are incomparable. Spitz probably could have done something as dominant, since he was a good 50 free sprinter.