Celaya-Hernandez Wins on Day 1 in Athens 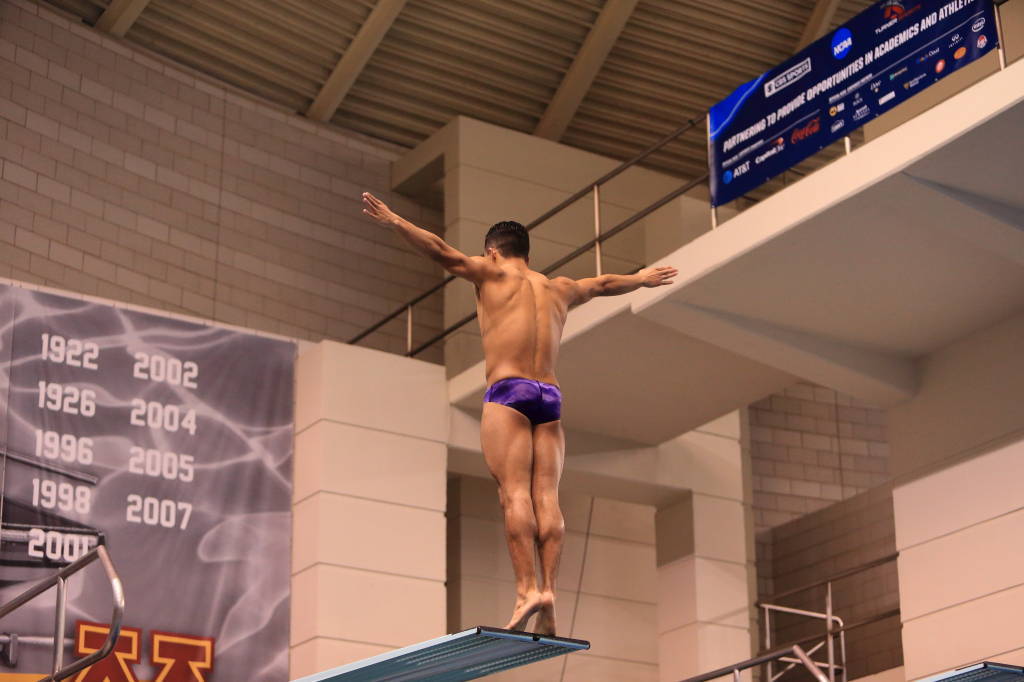 The LSU diving team had three divers finish in the top five during Day One of the Georgia Diving Invitational. Current photo via LSU Athletics

ATHENS, Ga. – The LSU diving team had three divers finish in the top five during Day One of the Georgia Diving Invitational. Juan Celaya-Hernandez was victorious on the one-meter springboard, while Lizzie Cui and Aimee Wilson placed second and fourth, respectively on the three-meter springboard.

“We had some very solid performances today,” said LSU diving head coach Doug Shaffer. “Juan winning on one-meter, and Lizzie and Aimee finishing second and fourth on three-meter were the highlights today. After that, we struggled a bit to perform at the level of our ability. My expectations are higher than what we demonstrated today. Tomorrow is another day and another opportunity to step up. Our season is still very young, and this is part of our process to prepare for our championship season.”

Celaya-Hernandez won the one-meter by over 15 points diving to a score of 382.90 to lead the men.  Celaya-Hernandez on average scored a 63.82 over his six dives in the finals, three points higher than the closest competitor.

Matt McClellan also reached the finals and finished in twelfth-place with a score of 281.10.

On the women’s side, Lizzie Cui finished in second place on the three-meter springboard with a score of 357.90.

Aimee Wilson rounded up the duo of Tigers in the top five on the three-meter, diving to a score of 330.40.