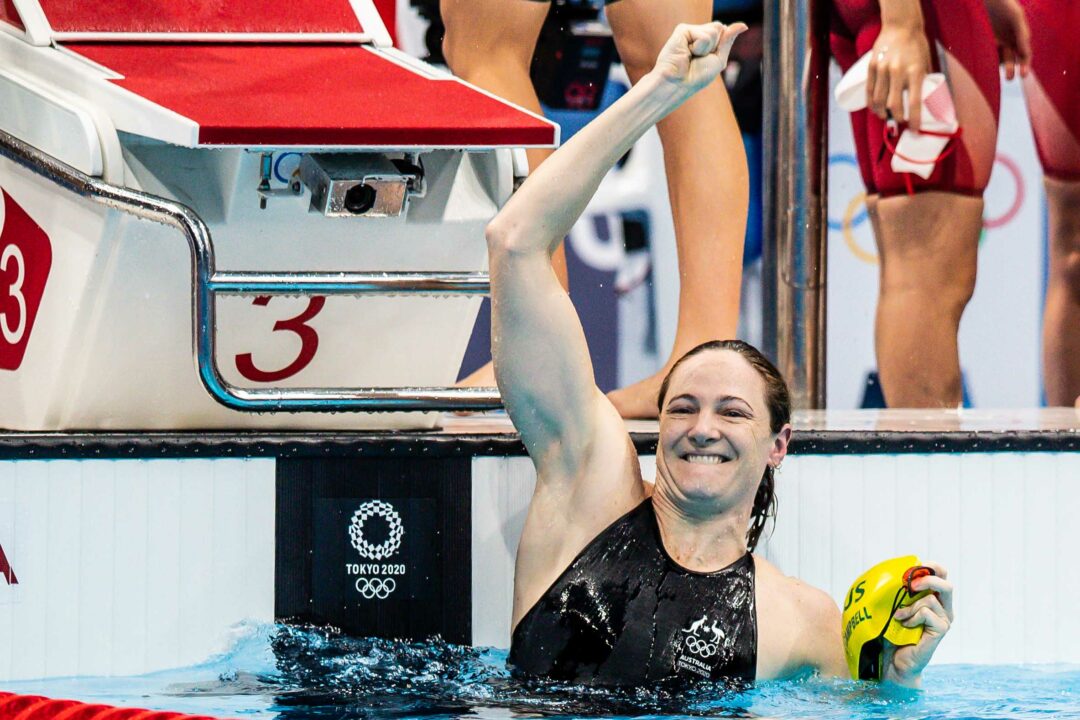 “It’s so important to talk about female health and talk about the things that we have to go through and how that impacts us," says Aussie Cate Campbell. Archive photo via Jack Spitser/Spitser Photography

“In 2018, I suffered a near career-ending injury, partly because discussions around periods and female health problems were taboo. Fortunately, this is changing – but there is still a long way to go,” read the 30-year-old’s Instagram post earlier this week.

C1 revealed more specific details to 7News, describing how she has permanent nerve damage in her left arm after having had a contraceptive device implanted to manage her periods when racing.

“It’s not something I’ve ever really spoken about but it quite literally could have ended my career. It’s actually had a real impact on me,” Campbell said.

“I wanted to look at how I could manage my periods because I didn’t want to race when I had my period and I tried to explore a few options.

“At the time there wasn’t a really good sports referral network for females to go down and so I just asked a bunch of swimmers what they were doing and ended up trying a progesterone bar that sits in your inner arm … and that actually went terribly wrong,” she said.

“I have permanent nerve damage down the right side of my arm, so it potentially could have ended my swimming career, not having access to a good female health referral network in sport.

“It’s so important to talk about female health and talk about the things that we have to go through and how that impacts us.” (7News)

Campbell isn’t the only high-profile athlete to have had an implant embedded in an effort to manage specific health issues.

In 2010 American Olympic champion Allison Schmitt was diagnosed as anemic and underwent a procedure to have an intra-uterine device (IUD) implanted.

“The only real cure for that [anemia], I was told, was on an IUD so that I would bleed less. That’s all I knew, and I was on an IUD for eight years. I came off of that into the end of 2018. I just wanted to see how my body reacted. The myth is that the only thing we really know about female health is that our body changes every seven years. So I figured that maybe my hormones have changed, and I wouldn’t bleed as much,” Schmitt told SportsTechie this past September.

“I didn’t really realize the severity of the synthetic hormones and what it does to your body. So when I came off it, my body was adjusting to it for quite a few months because of the synthetic progesterone was being produced for those eight years, and now all of a sudden, my body’s trying to produce it.”

2018 is also the year when USA Swimming partnered with biomarker and performance expert outfit Orreco to raise awareness for its FitrWoman app. FitrWoman provides individualized data about a woman’s menstrual cycle to suggest training and nutrition advice to maximize performance.

At the time, USA Swimming Director of Sports Medicine and Science Keenan Robinson stated, “The more awareness we can drive to this app within the swimming community, the more we can begin to understand the impact the sport of swimming has on the female hormonal system.”

In another part of the world, retired British Olympic finalist Hannah Miley is also getting involved in women’s health by way of the #SayPeriod campaign. The campaign is aimed at breaking the stigma around the language historically used when talking about periods.

Miley joined the campaign partly due to the period-related issues she encountered as an elite competitive swimmer.

“But I had a real issue, it was really heavy, really painful, and it was impacting how I was competing. I was feeling like I was very lethargic, I’d become anemic as well. I was just training really, really hard and it was just impacting everything I was doing.” (SkySports)

“The national governing body doctor I had at that time recommended the way to fix the problem was to go on the pill, and put me on the pill that a lot of the other girls on the teams had been put on. I was going to be in control when I had my period, so I could never have my period when I competed again, and I thought, that’s great, that’s brilliant. That was my mindset for 17 years of competing.

“It didn’t do me any harm but looking back at it the two words I hate associated with your period is the word ‘fix’ and ‘problem’.

“‘Fix’ makes it sound like you’re broken but you’re not, this is a natural process that occurs – and it should never be a problem. It’s something that is natural, should occur, and as an athlete, you’re made to feel it’s okay if you don’t have a period.

“But, actually, it’s harmful and it’s our body’s natural way. Much like a heartbeat has to happen, a menstrual cycle has to happen for the body to be healthy. I guess I felt blown away when I found out about the information I wish I had when I was young.”

This is medical malpractice as much as a health scare. Glad that it didn’t end her career and she gets to choose when to stop.

Good on her for sharing this. Awareness means a lot for athletes trying to figure out what is best for them and the questions to ask their doctors.

And also to advocate for themselves