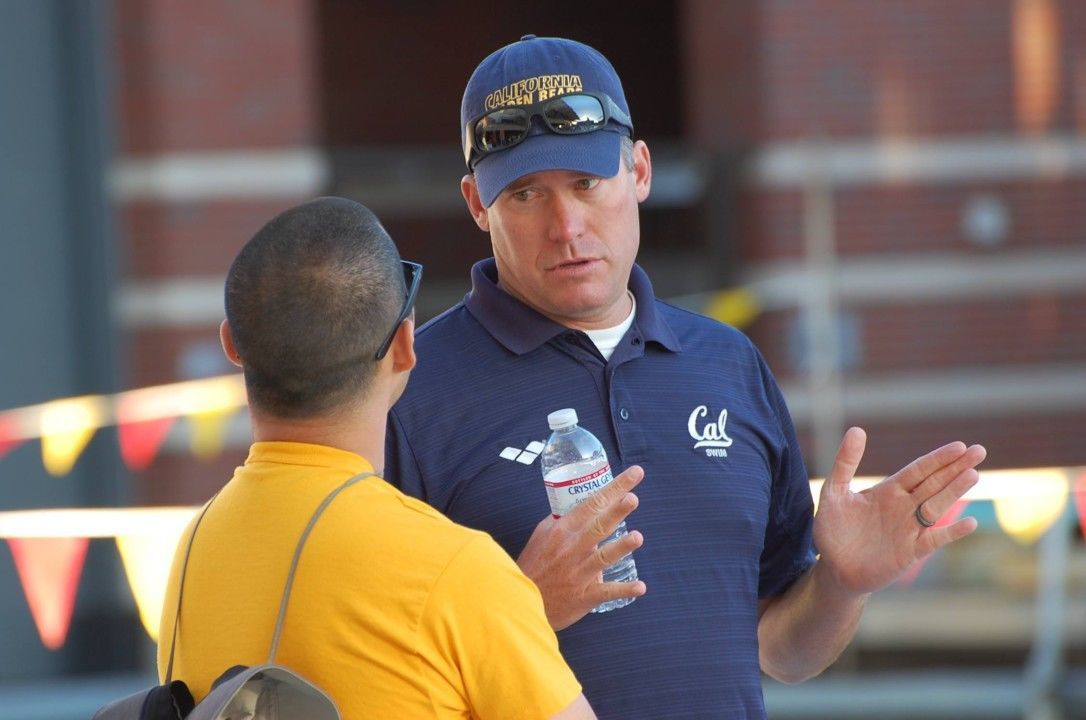 When Cal first-year swimmer Zheng Wen Quah’s name was absent from the psych sheets at the 2017 Men’s Pac-12 Championships, it appeared as though time had run out for the Singapore national to make his debut this season. Since he began classes at the school in January, the NCAA has been in deliberation over his eligibility to compete collegiately.

That all changed on Sunday when he made his collegiate swimming debut at the Pac-12 Invitational, which is a sanctioned NCAA last-chance qualifying meet for the national championships. There he swam a 1:40.36 in the 200 fly, which ranks him 2nd nationally this season behind only Texas’ Jack Conger.

“We were trying to have him for all of our spring season, I think it’s tough for any kid who has to sit out for any reason, whether it’s academics or injury, or in Zhens case working through the NCAA process to watch teammates race and compete and you can’t,” head coach Dave Durden said. “We’re appreciative of his patience through this and the patience of his family and the sacrifices and the diligence that they’ve put in through this process and a really impressive kid and family with what they’ve gone through over the last 6 months. When you go from thinking you’re going to join the military for the next 4 months and then move around the world, that’s tough for anybody to do.

“Any kid that starts the academic process it’s a tough transition and it’s a tough process and he’s handled it very well.”

When he came over, Singapore news outlets reported that the NCAA was mulling the impact of an endorsement deal Quah signed with Liberty Insurance last year and prize money he received for competing in the World Cup. At the time, he said that “there’s a lot of little grey areas we’re trying to figure out with them.”

“That was all taken into account, and Jay Larson (assistant athletic director, compliance) just kept us up to date on what he was doing, and to be honest I haven’t even seen the letter that was sent to the NCAA. I coach swimming, I don’t work in compliance, and so I let those guys do their thing and work with Quah and his family. The NCAA takes these things very seriously, and that’s why it took a while to get a decision back.”

Their ultimate decision was that he would be ineligible until the final day of the season, which gave him one last shot at qualifying.

His personal best times in long course, along with the short course conversions of those swims.

Quah disrupting Schooling and Conger’s 1-2 finish in the 200 fly and also sneaking up to do some damage in the 100 fly and back is Cal’s best chance at upending the two-time defending NCAA team champions from Texas.

“Everybody is chasing Texas,” Durden said. “You have 4 returning gold medalists, and that doesn’t even account for Will Licon, who won 2 individual events last year. Their depth and talent is incredible and they’re going to be hard to beat.”

Quah received a deferment form his compulsory military service in order to train in the United States.

I still firmly believe that this won’t change the outcome of this year’s NCAA’s. Texas has to too much depth and their 2nd tier guys are just better. On top of that, I assume they will have a lot of diving points. Maybe they will now win with a 150 pt margin instead of 200.

Anyone have the projected invite list after the last chance meets this weekend?

The article below highlights the swimmers arrangement with Liberty Insurance. It looks very much like a commercial sponsorship arrangement – meaning in return for endorsing their brand he receives monetary compensation (in the high five figures). I don’t think it matters whether its for training expenses – if this is the loop pole in the NCAA rules then you can drive a 16 wheeler through it. This is not a swimmer being supported by their federation but a swimmer being financially supported by a commercial entity.The PAC 12, the university and the NCAA need to come out publicly and explain their rationale for why it isn’t a breach of the amateurism rules, in order to maintain the integrity of the… Read more »

NCAA rule 12.1.2.4.7 States that an athlete may receive actual and necessary expenses….to cover development training, coaching, etc. The rule DOES say that expenses must be approved and provided by the appropriate national governing body in the sport or a governing entity. The article posted above says that they were paying his training expenses leading to the Olympics. My guess is that Cal put together a nice case with their legal team clarifying that this was done by the insurance company THROUGH the Singapore Swimming Association. Lots of ‘i’s” being dotted and lots of “t’s” being crossed accounting for every cent that was given to him and if it exceeded his actual and necessary expenses.

Thanks for that information, but two points. One, we are all left guessing which goes to the issue of integrity and transparency. Two, the financial support appears to have come from a commercial entity and not his federation – which may place him outside of the rules.

this level of compensation is similar to that which dozens of NCAA swimmers are receiving for travel/training expense compensation through USOC as National Team athletes, in accordance with NCAA rules.

I just read the article. How can there be an argument that he is not endorsing a product for consideration – i.e., becoming a pro? And American based swimmers can’t appear in a charity calendar in their suit without receiving NCAA sanctions? Something stinks, and it all stems from inconsistent decision making from on top.

This is fair. UT and CAL now each have a Singaporean highly-paid stud going into NCAA’s.

NCAA should publish their ruling and reasons for transparency and good governance. Does this mean ALL NCAA athletes can now have commercial endorsements and be eligible to compete at NCAA championships? If not , why not?

So many thumbs up/down on this thread

I’m guessing there is probably information we don’t know because right now it definitely seems like a direct violation of the amateur rule.

Could he have agreed to be a spokesman but not actually received any money? Or some case like that.

The ncaa’s rule system on money is so weird. Recently, the ncaa suspended some college baseball players for playing fantasy football. http://www.espn.com/college-sports/story/_/id/18791610/richmond-spiders-baseball-players-suspended-playing-fantasy-football It was a league with an entry fee, probably 5-20$.