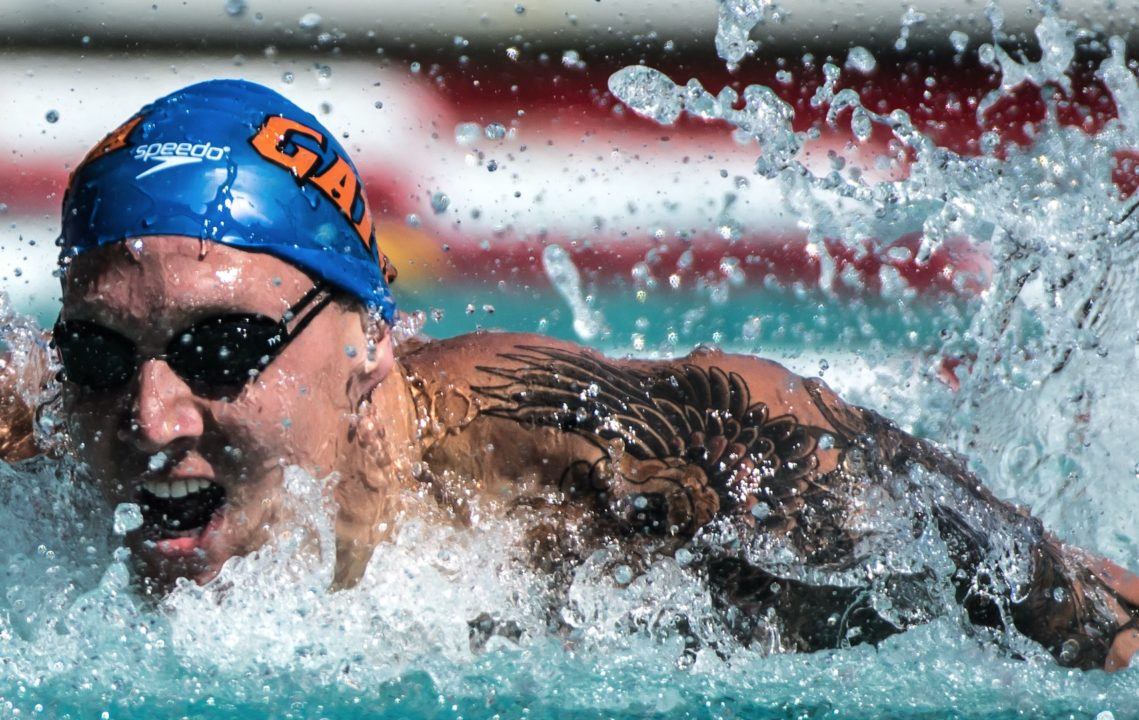 University of Florida swimmer Caeleb Dressel was named the 2018 SEC Male Athlete of the Year in a vote by the league’s athletics directors. Dressel becomes the 9th swimmer, on 10 occasions, to be named SEC Athlete of the Year for either gender. The women’s award went to South Carolina basketball player A’ja Wilson.

In total, he came away from the meet with the fastest-ever time in three events, also swimming a 42.80 to win the 100 fly by more than a second-and-a-half.

He was named the 2018 CSCAA Swimmer of the Year for his efforts, making the third-straight season in which he won that honor, after sharing it as a sophomore and junior. H was the SEC Male Swimmer fo the Year 3 times, the SEC Male Swimmer of the SEC Championships 3 times, was a 4-time selection to the SEC Academic Honor Roll, and was a 4-time First Team All-SEC selection.

Internationally, Dressel is a two-time Olympic champion, both on relays in Rio, and last summer won 7 gold medals in 8 events entered at the World Championships.

He’s in good company; all the other swimmers who have won this award are individual Olympic gold or silver medalists.

Huge surprise! Nobody saw this coming!

For sure thought Dean was going to get it. Even though he swam Ivy’s, he definitely earned it. Sad!

How do you figure? Didn’t even know who you were referring to so I had to look it up. If you’re referring to Harvard’s Dean Farris it isn’t even close.

How dare you spew such slander.

Chris you must be new to swimswam’s comment section, Dean Farris is a huge meme/god here