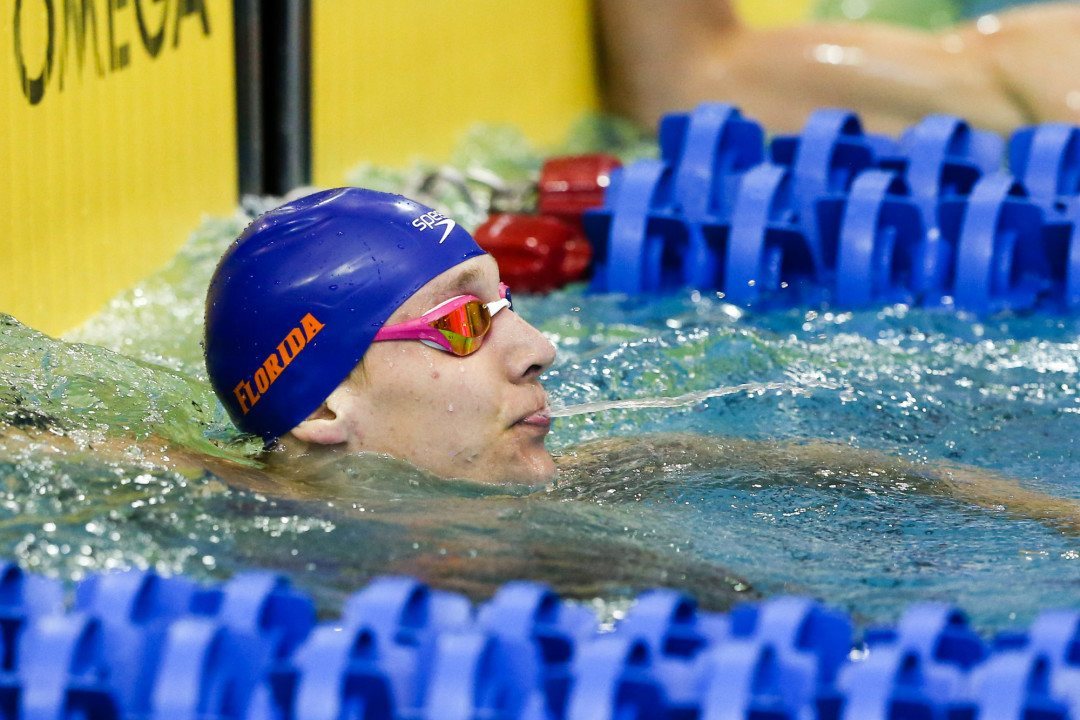 Caeleb Dressel is now the fastest performer in the history of both the 50 and 100 yard freestyles. Archive photo via Tim Binning/TheSwimPictures.com

Florida sophomore Caeleb Dressel has broken the NCAA, American, and U.S. Open Records in the 100 yard freestyle. He swam a 40.46 on Saturday on the final day of the 2016 Men’s NCAA Swimming & Diving Championships, which goes down as the fastest time in history.

The old NCAA and U.S. Open Records belonged to former USC Trojan, and Russian, Vlad Morozov. The American Record was Dressel’s own: a 41.07 done at this year’s SEC Championships.

The difference in Dressel’s American Record was his combined front-half and back-half effort as compared to his SEC swim. He was fast enough to very-nearly challenge Vlad Morozov’s front-half – Morozov’s start and explosiveness made him almost untouchable for 25 yards.

Earlier in the week, Dressel swam the fastest time ever in the 50 yard freestyle as well when he went 18.20.