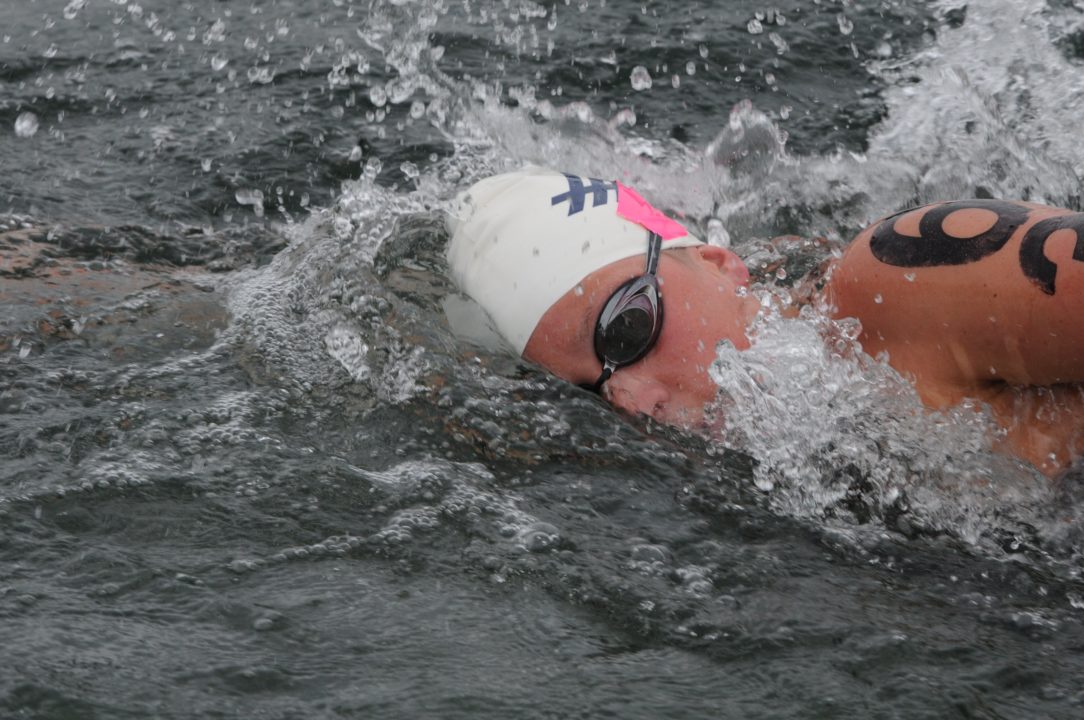 Emily Brunemann is twice the champion in the first two stops of the 2013 FINA 10K World Cup series.   She took her second title today in Viedma, Argentina.   It was a vastly different race than last week’s event in Santos Brazil – the currents in today’s race were a big force.   But Brunemann had time on the course earlier this week and her tactical intelligence combined with her current training helped her take the title.    Ana Marcela Chuna (BRA)  took the silver and Olga Beresnyeva (UKR) was in third.  This field was also very strong and included 2012 Olympic Gold Medalist Eva Ristov.

“The currents played a huge role. Everyone was taking different lines and trying to use the currents. The last loop the currents changed and were going downstream as opposed to most of the race high tide, upstream. It was very exhausting but I was able to save a little for the last 200. Ana Marcela was leading with about an 800 to go and we had to swim so close to shore I could feel the grass under the water. I was able to get around her and push the end. It was a blind finish because we had to go around a bend and the finish was right after the bend. I was so happy when I saw the finishing touch pad. It has been a long trip but I am really happy and really excited to get home and back to training.”

For the men is was also a back to back with Romain Baraud (FRA) grabbing a gold follow up to his win last week.    Damien Vidal  (FRA) took the second spot with a huge leap from his 29th place finish last week, and Thomas Lurz (GER) was third.  Team USA’s Alex Meyer was 4th – a strong improvement over his results a week earlier.

You can track the results once official at FINA’s site.