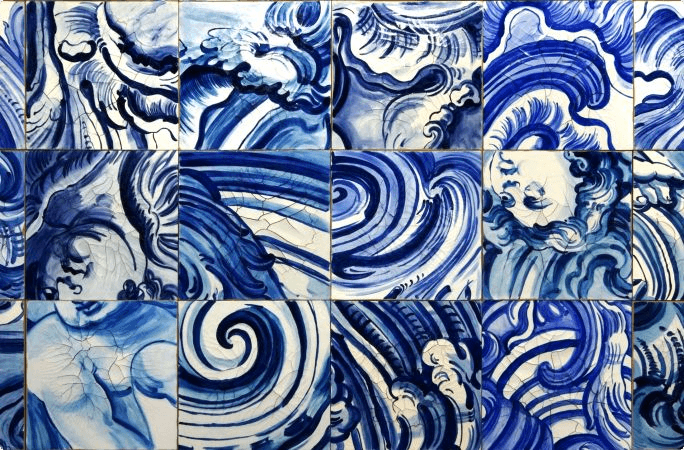 Adriana Varejão, one of Brazil’s leading contemporary artists, will see one of her iconic pieces of art reproduced on a larger scale for all to see at the Olympic Games. Current photo via Celacanto Provoca Maremoto by Adriana Varejão, courtesy of rio2016.com

In an effort to display and promote art alongside sport at the 2016 Olympic Games in Rio de Janeiro, organizers have announced that the Olympics Aquatics Stadium will be adorned with original artwork produced by a renowned Brazilian artist.

Adriana Varejão, one of Brazil’s leading contemporary artists, will see one of her iconic pieces of art reproduced on a larger scale for all to see at the Olympic Games. Images of the aquatic-themed Celacanto Provoca Maremoto, already on display Inhotim Institute – a giant outdoor art gallery in the Brazilian state of Minas Gerais, will be reproduced on huge drapes, which will wrap around the aquatics venue. The design is of a baroque-styled intertwining of angels and the sea imprinted upon Portuguese tiling.

Varejão, who lives and works in Rio, is said to use oil painting and drawing to ‘comment on the perception of race in Brazil in the 2st century.’ Her creations are displayed across numerous collections worldwide, including the Solomon R. Guggenheim Museum in New York, The Tate Modern in London, and the Museum of Contemporary Art San Diego. Varejão also holds the auction record for a Brazilian artist, as her ‘Wall With Incisions a la Fontana’ was sold for $1.8 million at Christie’s in 2011.

Rio 2015 Culture Director, Carla Camurati, said she “straight away thought of the work by Adriana Varejão” when charged with finding the venue’s visual display. “She is important for Rio and the work also has an aquatic theme.”

Below is another work of art on display in Brazil by Adriana Varejão.