Bootsma, Tarczynski Crowned Queen/King of the Pool at Cal Poly 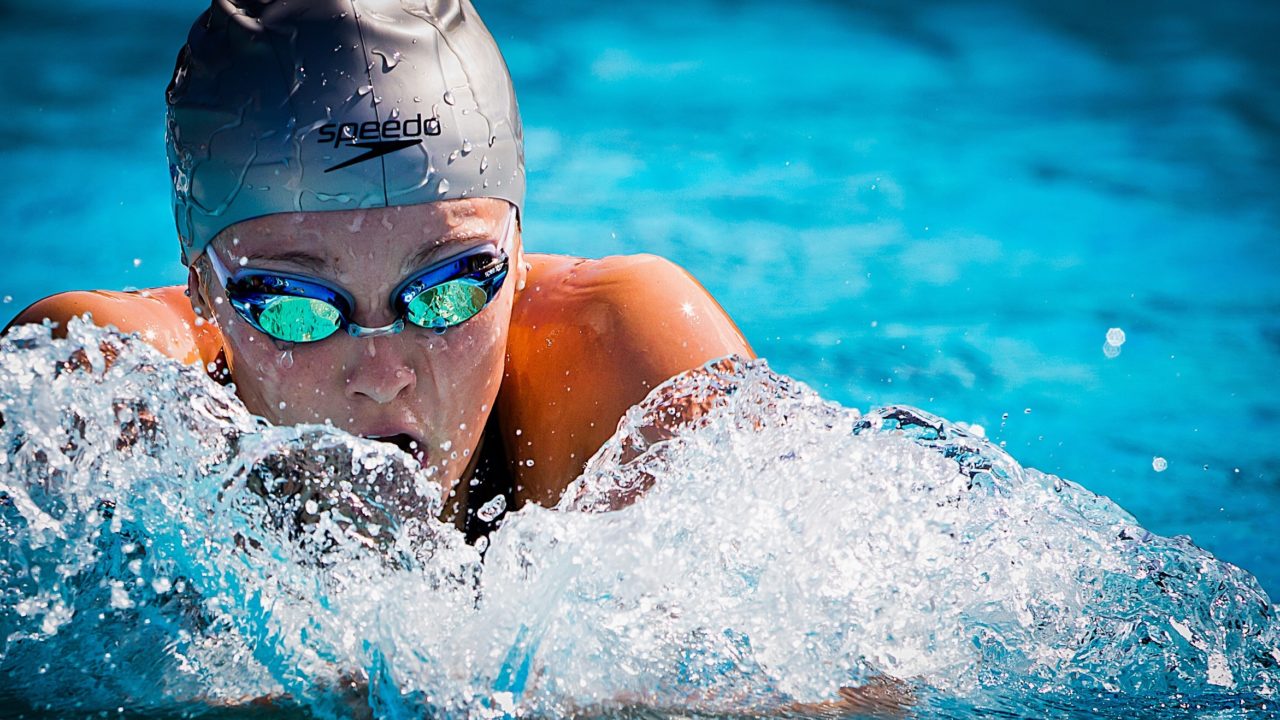 And here we go, the beginning of another collegiate season with the typically-early Cal Poly King & Queen of the Pool meet, with the Cal Golden Bears showing some skill very early in the season.

Though it is early, the Cal family has to be absolutely thrilled with the early performance of Rachel Bootsma – a yards specialist for whom this pentathlon-style meet (a 100 of each stroke, plus a 100 IM) was tailor-made. Bootsma interrupted the perfect run at this event for senior teammate Caitlin Leverenz, who had won the three previous titles, and her teammate Liz Pelton took 3rd overall.

Bootmsa kicked the action off with an event win in the 100 fly in 54.48, comfortably ahead of both Pelton (55.07) and Leverenz (55.13). Leverenz has really improved her butterfly in the last year, and season-over-season she’s already off to a two-tenths advantage from this same meet last year.

Shortly thereafter, Bootsma matched nearly-identically her butterfly time with a 54.49 in the 100 back, followed by Pelton in 54.77. Defending NCAA Champion in the event, junior Cindy Tran, was 3rd in only 56.09 – but keep in mind that she usually is far from her best at this meet. Still, these early results should start getting people excited about the potential for a 1-2-3 finish by the Golden Bears in the event at NCAA’s.

Leverenz won the 100 breaststroke in 1:02.36, again faster than she was at this meet last year. Though that time is very exciting for meet one, the margin of victory again highlighted the lack of depth the Bears have – something that will become more significant after Leverenz’s graduation. Melissa Bates was 2nd in 1:05.50 – two seconds off of where she started off last season – and Kelly Naze was 3rd in 1:06.02. It doesn’t take too much of a leap to assume they’ll be better at year’s end, but the Bears still have work to do to flush-out their medley relay replacement for next season.

With Bootsma well in the lead for the overall victory, it would have taken another huge event victory for Leverenz to take the title. She got the win, but not by enough of a margin to make a difference. Leverenz won in 55.52, followed by Bootsma (56.20) and Pelton (56.83). Since there aren’t a whole lot of 100 IM’s swum at this level, the perspective is that Leverenz won the race last year about 1.2 seconds slower. In other words: this is a very fast time for September – Whitney Burnett has the fastest time I can find in a 54.53 (Bootsma has been a 54.6).

Among the highlights for the Cal Poly women was the debut of Rachel O’Brien, an NCAA qualifier and transfer from Oregon State. She was a 58.23 in the 100 fly, her best event. Senior Angie Haven was a 1:06.5 in the 100 breaststroke for 6th.

In the men’s meet, Marcin Tarczynski progressed a three-year win streak of his own by taking the men’s title – taking almost a two-second victory ahead of breakout sophomore Will Hamilton.

That butterfly time by Tarczynski, an event win by almost a second over Hamilton, will be big for the Golden Bears. They are a little bit thin in the stroke-sprints this year, and having Tarczynski swimming that well in the 100 fly this early, Shields can slide over to backstroke and maintain great medleys.

Some of the big-time Cal men made their debut at this meet as well, including Jacob Pebley in 49.75 – placing 2nd in the 100 backstroke.

In the 100 breaststroke, another event where Cal is looking for some depth, Trevor Hoyt stepped up with a very good 55.94 for the win. Hamilton showed how far he progressed over the summer as an all-around swimmer with a 56.53 for 2nd in the 100 breaststroke. That’s already a season-best for him, and the defending 200 fly NCAA Champion could add some IM scoring to his repertoire this season.

Hamilton tagged on a win in the 100 free – an event where the Bears have no concerns this season. Hamilton posted a 45.64, just ahead of Ben Hinshaw in 45.71. Italian sophomore Fabio Gimondi was 3rd in 45.95 – the best of an impressive group of sophomore sprinters on this Cal team. The other three strangely struggled in this meet – Tyler Messerschmidt didn’t compete at all, Shayne Fleming was only a 47.82, and Seth Stubblefield fought through the meet battling injury (not clear exactly what it is, but it’s something in his upper-body, so he kicked through his races).

Its gunna be awesome watching rachel bootsma and elizabeth pelton battle it out all season! Though i see pelton doing the 200 free instead of the 100 back, so i dont think well see the 1-2-3 finish like we would all like to see.

Kelly naze had a great meet too! Especially in the fly and IM.

Could definitely see Tarczynski moving to fly to make room for Cox and Pebley. Hamilton could go free or IM, and Prenot has a whole selection of events.

Are there relay results from yesterday?