Blueseventy Swim of the Week: The Bright Seidt Of The Atlanta Classic 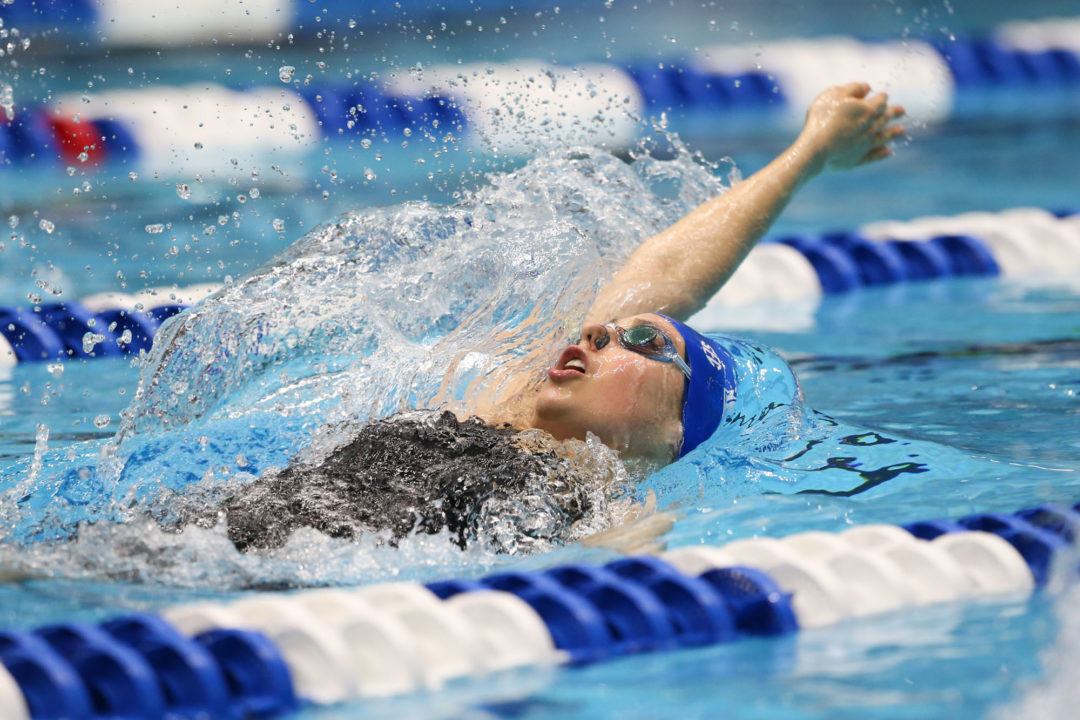 The Kentucky freshman has had one of the best rookie years of any swimmer in her NCAA recruiting class, and last week’s Atlanta Classic might have been one of the most noticeable examples. Seidt won three events in Atlanta and put up two more top-3 finishes in a pretty brutal event lineup. But the swim we’ll focus in on is her 200 backstroke.

As of her junior year, Seidt was ranked as the #19 NCAA recruit in her class, but was behind four other pure backstrokers and three more IM types who could be considered backstrokers. But Seidt has exploded at Kentucky, which is rapidly becoming one of the hottest backstroke groups in the country.

Her 200 back last weekend was a massive breakthrough. Coming into this long course season with a top time of 2:11.96, Seidt blasted a 2:09.82 to blow out a tough field that included several of her Kentucky teammates. In fact, Wildcats Seidt, Bridgette Alexander and Ali Galyer went 1-2-3 in the meet.

Seidt’s time now ranks #2 among all Americans this season, and just three one-hundredths behind national ranks leader Regan Smith. Her time would have placed her inside the top 8 at last year’s Olympic Trials and cracks the top 15 in the world this season.