Fike Swim is thrilled to announce the addition of Aly Tetzloff to its growing team of ambassadors. A recent Auburn… 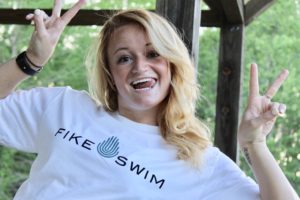 Fike Swim is thrilled to announce the addition of former U.S. National Teamer and elite butterflier Megan Kingsley to its… 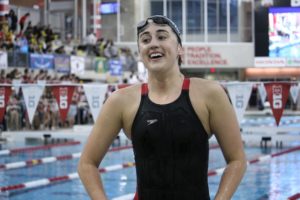 Like it or not, we rely on emotions and nerves to swim fast and Ashley had none of it when the long whistle blew. 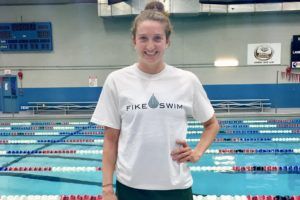 U.S. National Teamer Emily Escobedo joins one of the largest ambassador teams in the swim world at Fike Swim. A breaststroke specialist and former University of Maryland Baltimore County standout, Emily is now a member of Condors Swim Club. 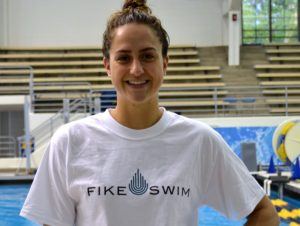 Fike Swim is thrilled to announce that World and American Record Holder Ali DeLoof has joined its team of ambassadors.

Ashley Neidigh is a distance freestyle and IM specialist from Orange Park, Florida. She is currently a postgrad swimmer at Auburn University, but will be relocating to train at Indiana University after the 2017 U.S. National Championships. She was an SEC Champion and NCAA All-American in the 1650 yard freestyle during her senior year at Auburn, and qualified to swim in the championship final of the 400 free at 2017 U.S. Summer Nationals.

After finishing her college career, Neidigh went pro and began training with the post-graduate group at Indiana University.

Neidigh competed for The Bolles School throughout her high school career. She was a multi-time medalist at the Florida 1A State Championships for all 4 years. Neidigh became a state champion as a part of Bolles’ 200 free relay in 2010. As a high school junior in 2011, Neidigh became the junior national champion in the 1650 yard free at the 2011 Speedo Short Course Junior National Championships.

Neidigh won her first career U.S. National Championship at the 2017 Winter Nationals in Columbus, Ohio. There, swimming in a field that included U.S. National Teamer Mallory Comerford, Neidigh slashed 5 seconds from her best time in the 500 to win in 4:34.47. She followed up her national title with another win in the mile with a time of 15:38.35, making her the 9th fastest woman of all time in the event.