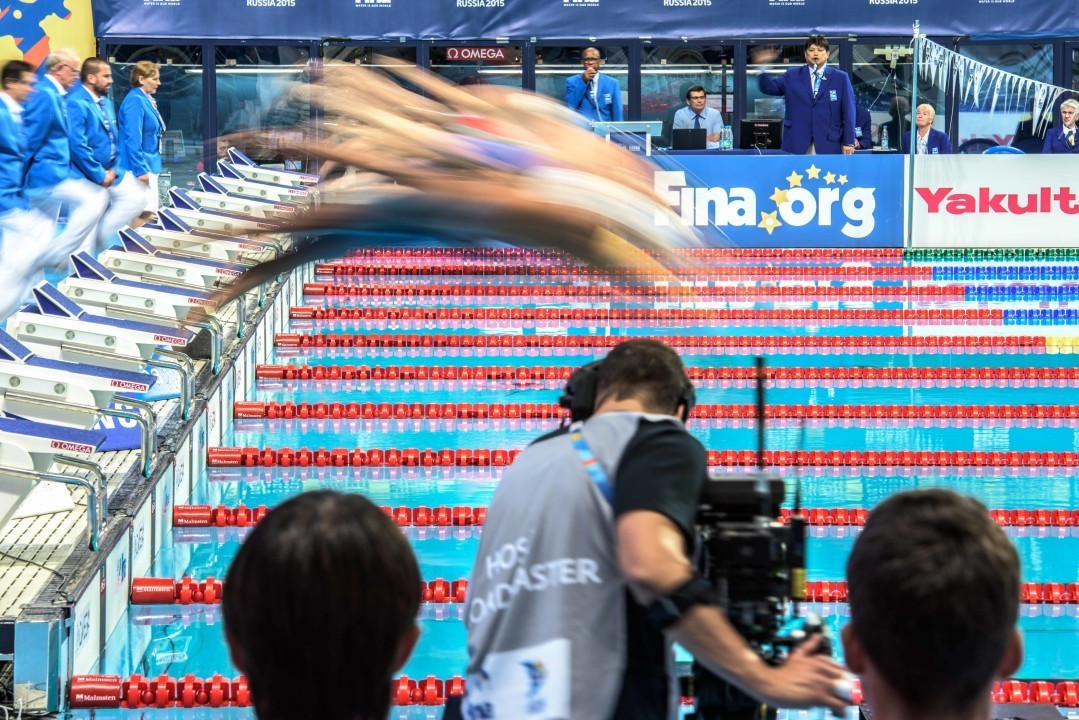 Learn something new in this week's edition of Beyond the Lane Lines, featuring election results from the All Russian Swimming Federation. Stock photo via Mike Lewis/Ola Vista Photography

4-time Asian Games gold medalist from the 1970s, Cho Oh-ryun of South Korea, was posthumously inducted into his nation’s Hall of Fame earlier this month.

Cho, who passed away in 2009 at the age of 56, is credited by the Korean Sport & Olympic Committee for ‘laying the groundwork for the development of swimming’ in the nation. He has also been praised by the organization for ‘inspiring a nation with his indomitable spirit and undying patriotism.’

Cho retired from competitive swimming in 1978 and continued his passion through open water swimming, including crossing the Strait of Cover in 1982.

28-year-old Stephanie Au of Hong Kong has already qualified for her 4th Olympic Games in Tokyo next summer but she’s starting to look even beyond 2020.

“Preparations for the 2022 Asian Games will begin soon after the completion of the Tokyo Olympics,” said Au this week. “It is therefore logical to consider extending my career to the Hangzhou Games because the two Games are not so far apart.

“But first of all, I must still be able to contribute to the swimming team, especially in the relays because I have been a key part of the Hong Kong team.”

Au helped Hong Kong snag a silver and bronze in relays at the 2018 Asian Games in Jakarta. she has qualified for Tokyo in the women’s 100m backstroke.

The winners of the 2020 Singapore Sports Awards were announced on October 29th, with the women’s 4x200m freestyle relay from the 2019 Southeast Asian (SEA) Games taking home the Team of the Year honor.

The foursome of Christie Chue, Gan Ching Hwee, Quah Jing Wen and Quah Ting Wen were recognized for their performance in the Philippines, which resulted in a gold medal-worthy national record time of 8:07.00.

Organized by the Singapore National Olympic Council (SNOC) and Sport Singapore (SportSG), and supported by the Tote Board Group, the 2020 SSA honor the most deserving individuals and teams in sports for the year 2019 and celebrate those who helped shaped Sporting Singapore.

2020 Olympic Games organizers have reportedly decided to use Japanese as the language by which the order of the participating nations will be announced during the opening ceremony.

Sources said that Tokyo Games organizers notified each National Olympic Committee of the plan at a meeting earlier this month. Details of the order will be announced sometime before the games. (Japan Times)

For Japanese athletes, their names will be written in the Roman alphabet and will appear in Olympic television broadcasts with their surname first, followed by their given name, which is the same order used when names are written in Japanese.

For reference, the marching order of the last Summer Olympic Games was determined by using the host nation of Brazil’s Portuguese language.

On October 31st Vladimir Salnikov was unanimously re-elected as head of the All-Russian Swimming Federation.

First Deputy Minister of Sports of the Russian Federation Azat Kadyrov commented during the meeting at which the results were announced, “I congratulate the conference on the fact that there was a unanimous opinion on the result of the work, on the elections.

“The results of the work are high, but there is something to strive for. I am glad that the problems were voiced at the conference and we have to solve these issues together with you in order to achieve high.

Kadyrov said that a large number of international competitions are on the agenda to help athletes prepare at the highest level.