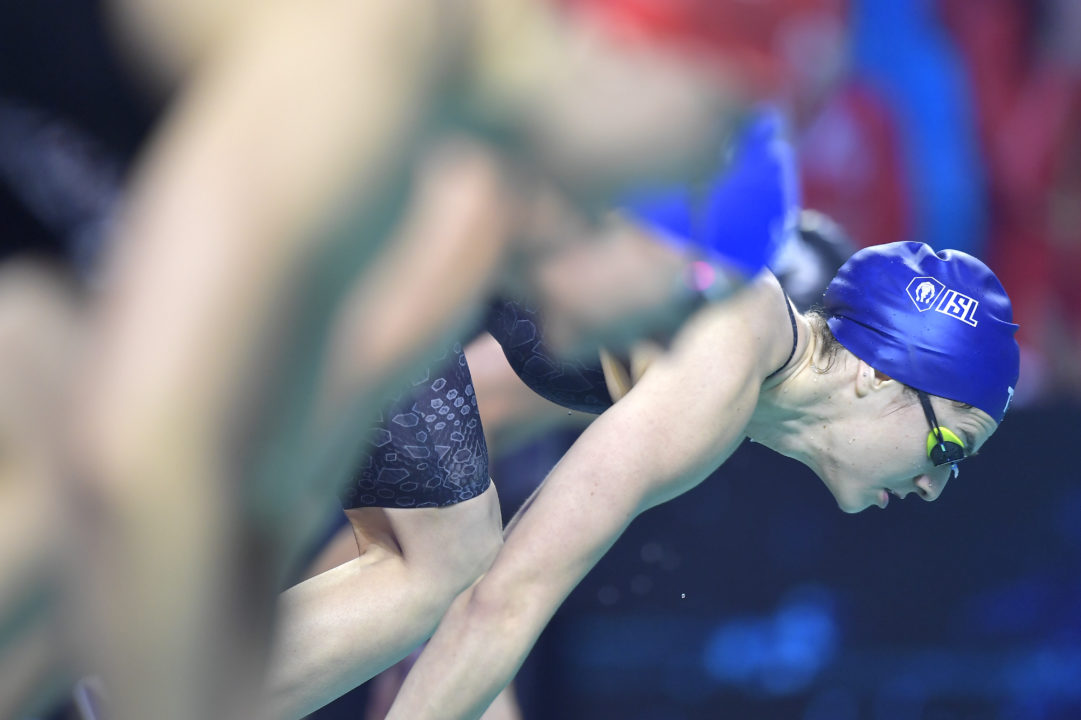 Beryl Gastaldello (above) broke the French and U.S. Open Records in the 50 fly on Sunday. Both records were set at prior ISL meets. Current photo via LaPresse - Fabio Ferrari

Beryl Gastaldello was the MVP runner-up at the 2019 International Swimming League (ISL) stop in Maryland, but in the eyes of the LA Current, nobody could have been more valuable to her team than was the Frenchwoman.

On Sunday, she gave her team massive points via a skins race as they upset the Cali Condors by 5.5 points, even after a pair of day 1 disqualifications on Saturday.

The old U.S. Open Record belonged to Gastaldello as well thanks to a 25.15 that she swam at the Lewisville stop of the series. The old French record was also Gastaldello’s from the ISL meet in Budapest where she swam 24.92.

Her best time pre-2019-ISL was 25.70. She is also the owner of one of the fastest 50 yard fly swims in history that she swam during her collegiate career at Texas A&M.

Gastaldello said post-meet that she will fly home to France at the end of November to race at the European Short Course Championships, followed by 2 days of racing at French Nationals and a return to the United States for the Las Vegas finale of the ISL.

Beryl was amazing is this 50 Free SKINS race! The way she swam, streamlined & warned down in between races! Big game changer for the LACurrent!!

Béryl has reached a new level in the last few weeks.
Hopefully she can convert that progression into long course for next year and the olympic games.