Benjamin Proud Not Letting Past Success Determine Performance In Kazan 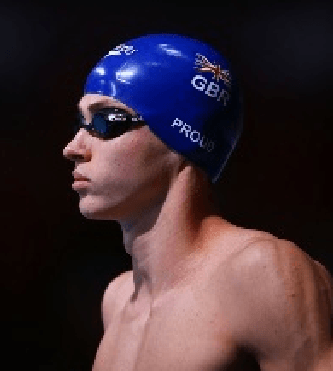 Since 2013 Benjamin Proud has been the face of British Sprinting. After breaking the British record in the 50m butterfly... Current photo via Headshot Via Twitter

Since 2013 Benjamin Proud has been the face of British Sprinting. After breaking the British record in the 50m butterfly in 2013 and winning two Commonwealth titles last year, Proud will be looking to add to his success and make his mark at the International level.

Proud, however, recognises that in sprint events, minimal mistakes can cost places in finals and on the podium. Proud wants to focus on the process in Kazan and produce the bets race that he can.

This will be Proud’s second World Championships and this time he will have an even more important role when it comes to the 4x100m medley relay. Proud will be anchoring the relay and a mid-47 freestyle split will increase Britain’s prospects of medaling in the event especially with their loaded front half in the form of Chris Walker-Hebborn and Adam Peaty.

On the individual front, Proud will be facing stiff competition in the 50m and 100m freestyle events against the likes of Nathan Adrian, Vladimir Morozov and Florent Manadou. However Proud sees Kazan as a great opportunity to gain further experience ahead of Rio 2016.

Proud added, “This is like a stepping stone to the Olympics because no matter what happens at the Worlds, we have another year to go until the Olympics so I want to get more experience and see how it goes from there.”

If Proud lives to his 47 mid split potential in Kazan and a 50.6ish fly split from Adam Barrett (a feat accomplished by him in 2014 euro champs), England very well may beat the United states …their breastroke will certainly be out classed by Peaty (56?). Mean while the most frightening part of this foursome is none of them are older than 25…and England has some top notch backstroke prospects coming down the pipe, a 17yr old 54.7 in Luke Greenbank, scary stuff for the rest of the world. But in the here and now calling an English upset

Two words, one name: Nathan Adrain. I’m not sure how he’s going to go in his individual events – he’s sandbagged this season to date – but he’s an American, he’s swam NCAA and he can – and will – crush a relay leg. I’m pretty sure nobody has more 46 second splits than Adrain and if he’s chasing, he’s catching. It’s a huge ask for Ben Proud – at 20 years of age – to hold off the Olympic Champion.

Proud isn’t actually the listed anchor for Britain. As National champ, Calum Jarvis is first in-line.. That could all change if Proud is faster than Jarvis in Kazan.

Jarvis is strong. Very strong. Great 200 Free (1.46.5) and as a former backstroker, his ‘skills’ are very good. He hasn’t been swimming the 100 very long but has been improving quickly. I expect him to be 48low in Rio – I am not sure if he can Improve on his 48.7 from Nationals, but he is a great prospect.

I still favour USA though as I don’t think Peaty will be in 57s shape again – Hopefully I am wrong.