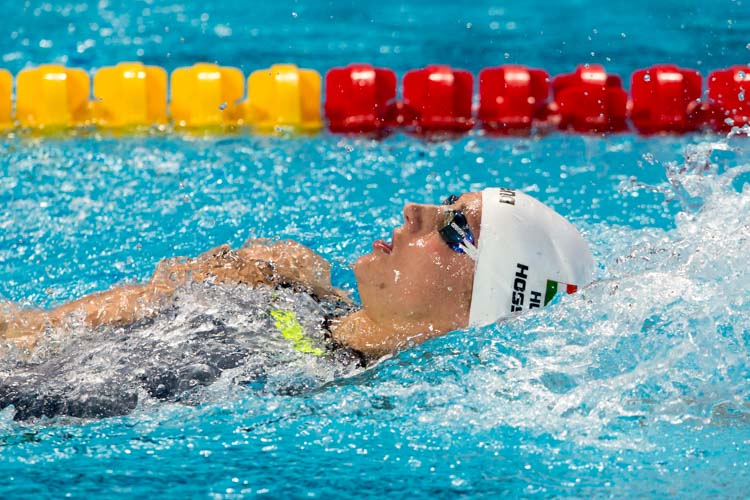 Hungary's Katinka Hosszu has scratched out of the 100 backstroke semi-finals, despite being the top qualifier. This moves Kathleen Baker and Hilary Caldwell into the top 16. Current photo via Tim Binning/TheSwimPictures.com

Although she swam a new personal best of 58.78 this morning in the 100m backstroke, Katinka Hosszu has scratched from tonight’s semi-finals most likely to concentrate on the 200 IM final which will take place only 1 event later.

Whilst Hosszu has not confirmed her reason for her withdrawal, the most likely reason is her focus on the 200 individual medley final that also comes in Monday’s evening session. It seems likely that were the races reversed, and were the 100 back semi-final after the 200 IM, we might have seen her remain in both. As it stands, after swimming a 2.06.84 European Record in last night’s semi-final, Hosszu will have a chance to go under the 2009 World record of 2.06.15 set by Ariana Kukors in Rome at the 2009 World Championships.

Hosszu was the fastest swimmer in the preliminary heats, ahead of the presumed favorites Missy Franklin and Emily Seebohm.

Hosszu is not the only one to scratch from the semi-finals in this event tonight. Michelle Coleman has also withdrawn. Coleman tied with Yuanhui Fu for 12th position this morning but will no longer contest the event.

Man, that schedule sucks! She would definitely be a medal contender here. Oh well. Hope she goes another 2:06 tonight in the IM.