Should The IOC Move The OW 10k To Protect The Health Of The Athletes? 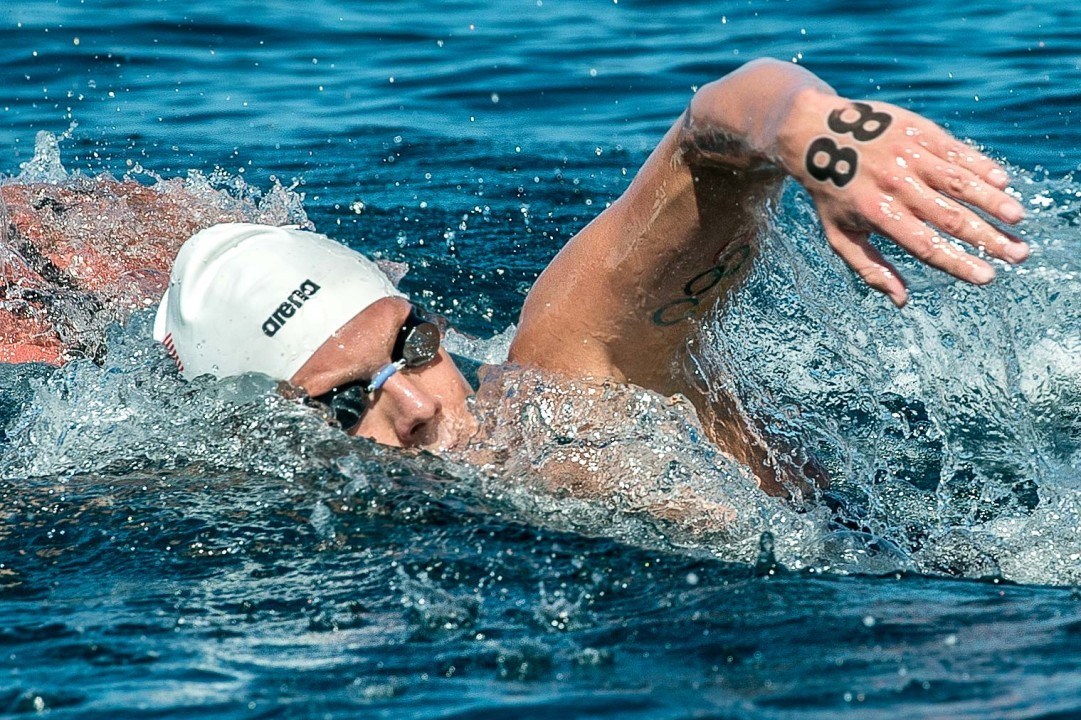 A possible solution to the water quality issue, however, may be to move the events to a smaller town with less sewage contamination. Archive photo via Mike Lewis/Ola Vista Photography

Brazil has put forward one of the more difficult selection criteria we’ve ever seen for an international roster.

With the release of the Associated Press investigation that revealed the high level of contamination in the Olympic waters, several prominent members of the swimming community are speaking out about the situation. With a year to go before the start of the Games, their options are limited, but they still have a few.

Swimming Canada’s High Performance Director, John Atkinson, told us that they are fully aware of the situation and are doing their best to manage it.

“The well-being of our athletes is our primary concern and we expect the competition environment to meet the world-class standards demanded by an Olympic Games. We will work with our swimmers and medical staff to have an appropriate plan in place. We have a strategy in place and will implement both preventative measures and a treatment plan should any illness occur to our athletes. We will work with all athletes attending the Rio test event in August. That’s why we have test events. We will continue to work through the appropriate channels to make sure conditions are appropriate.”

The Open Water swimming events are scheduled to take place at Copacabana Beach next summer. Although the AP’s test results showed no violation of fecal coliform limits, they did reveal high levels of disease-causing viruses that will jeopardize the health of the athletes and tourists. The likelihood of the city organizers being able to treat the water within a year is unlikely, but it may be feasible to move the open water event do a different location. Water quality is a major issue in Rio de Janeiro because of the vast population. Typically, Olympic events are scattered within a 200 mile radius of the host city. A majority of the Olympic venues next summer are all within the city.

A possible solution to the water quality issue, however, may be to move the events to a smaller town with less sewage contamination. It would be relatively easy to do compared to a lot of other sports. There are only two events, the men’s and women’s 10k. To run the event, the main things that will be needed are officials, safety personnel, boats, and buoys. Compared to other sports, that is almost nothing. Obviously they will need a few other items and people facilitating the event, but moving the event would be relatively easy.

Below are statements from representatives and athletes from USA Swimming. All of the statements were given the ESPN. Click here to view ESPN’s original article.

Christine Jennings, U.S. open water swimmer: “I think it’s a huge cause for concern. I’d hate it if it had to come to the point where athletes are risking their health to compete in the Olympics, an event you really can’t say no to. I’ve swum twice in Copacabana and three [times] in Santos, and have been lucky enough not to get sick. During one of the races, our family friends drove down from Saõ Jose dos Campos and asked afterwards why I was racing when the flag on the beach said not to because the water quality was not safe that day. We were not told this the day of the race.”

Chuck Wielgus, USA Swimming executive director: “I feel sorry for these athletes whose personal safety could be at risk. We’re putting our trust and faith in the USOC and IOC, and our plan is to provide our open water athletes with as much information as possible. We would never force them to compete. We don’t have a formal committee [studying the issue] — the primary thing we’re doing is evaluating the information that’s coming in. At this point, it’s really a USOC, IOC, Rio organizing committee issue. Every time open water comes up, I think about Chip [Peterson] and Kalyn [Robinson]. We all understand there’s no proof of a direct cause and effect, but it’s still highly suspicious.”

Andrew Gemmell, U.S. open water swimmer: “I am extremely disappointed with the conditions in Rio revealed by the AP’s new report on water quality. The Olympics are supposed to be the pinnacle of fair sport and competition, yet it appears that the main concern for our athletes will be their health instead of their competition. I think this is just the latest in a growing list of evidence that the major governing bodies who run and organize sport have lost sight of the best interests of the athletes.”

Emily Brunemann, U.S. open water swimmer: “I have been to many [races] where I have ended up very, very sick after competing. Unfortunately, it is our way to make a living. We are extremely passionate about our sport, which is why we continue to train and push ourselves beyond our limits. It is a shame that the hard work and dedication we as athletes put in day in and day out is in jeopardy because of the unsafe conditions. The athletes in the Olympics are competing for their countries, to bring back medals and to represent at the highest level. Now it is possible that the potential winners in the Olympics may be those who are lucky enough not to get sick instead of it being a true competitive race.”

Kalyn Keller Robinson, retired U.S. open water swimmer: “It made me sad for the athletes that pour their blood, sweat, and tears into their sport and realize their dream to compete on the world’s greatest stage and have a shot at winning a medal for their country. None of these athletes should have to worry about the safety of the venue, of all things, at this level. Perhaps it’s time to re-evaluate the criteria a country must maintain in order to host an Olympic, Paralympic, Pan American or world championship event and ensure that the priority is on the athlete and their ability to perform in a safe and fair environment.”

Chip Peterson, U.S. open water swimmer: “Honestly, I used to work in a water quality testing lab, and I don’t have a strong feeling about what these viral levels mean. Certainly, it’s at least something that should make us be cautious. There’s not a whole lot of recourse we have as athletes. It’s frustrating. I don’t envy anyone’s decision. If someone were to make the decision not to compete in the Olympic Games due to something like water quality, that would be a real shame. It’s heart-wrenching.”

Alex Meyer, U.S. open water swimmer, 2012 Olympian: “This is gross. I’ve swam in a lot of nasty water, including in Copacabana Beach, and at least one time [ESPN’s Editor’s note: In a World Cup event in a river in Shantou, China, where swimmers the year before described seeing dead dogs and horses floating near the banks] in water that had raw sewage running into it. … It’s pretty clear that the quality of the event from the athlete’s perspective, whether an Olympic Games or a FINA World Cup, takes a back seat to the overall image being presented to the public and media, and the profitability of the event.”

Andrew Gemmell is spot on. Governing bodies not having the best interest of athletes at heart? Perish the thought. Think Fran Crippen! Hope the sailors can find a new venue too.

With these water quality levels, they could add a “Synchronized Dysentary” event. Teams could compete for the “Giardia medal.”

From the reports (and from pictures and videos I’ve seen), my opinion is that the IOC should DEFINITELY move the race. Also the triathlon, if it is in the same body of water. FINA/IOC could move the events to an open-pit latrine and have cleaner water. Wasn’t the OW marathon conducted in the rowing/kayaking/canoeing venue in Beijing? Is there such a venue in or near Rio? If so, hold it there.

A quick wikipedia search shows that the rowing/paddlesports lagoon is also polluted. SMH.

This is horrible. The location needs to change and change now. As a physician, I really fear for the health of these swimmers.

This is outrageous…get your game together rio….this is the olympics we are talking about…

Chuck w. the decision to compete or not compete should not rest with the swimmers. It should be handled by independent water quality experts and they should certify every OW event location as safe prior to the competition. You don’t need a committee to study this just do your job and show some leadership here.

YES! There must be an lake or another open water location where they can move this competition that has cleaner water!

I don’t think it will be a very good advertisement for travel to Copacabana Beach if the press runs articles about Open Water Olympic swimmers getting sick from swimming in the polluted water!