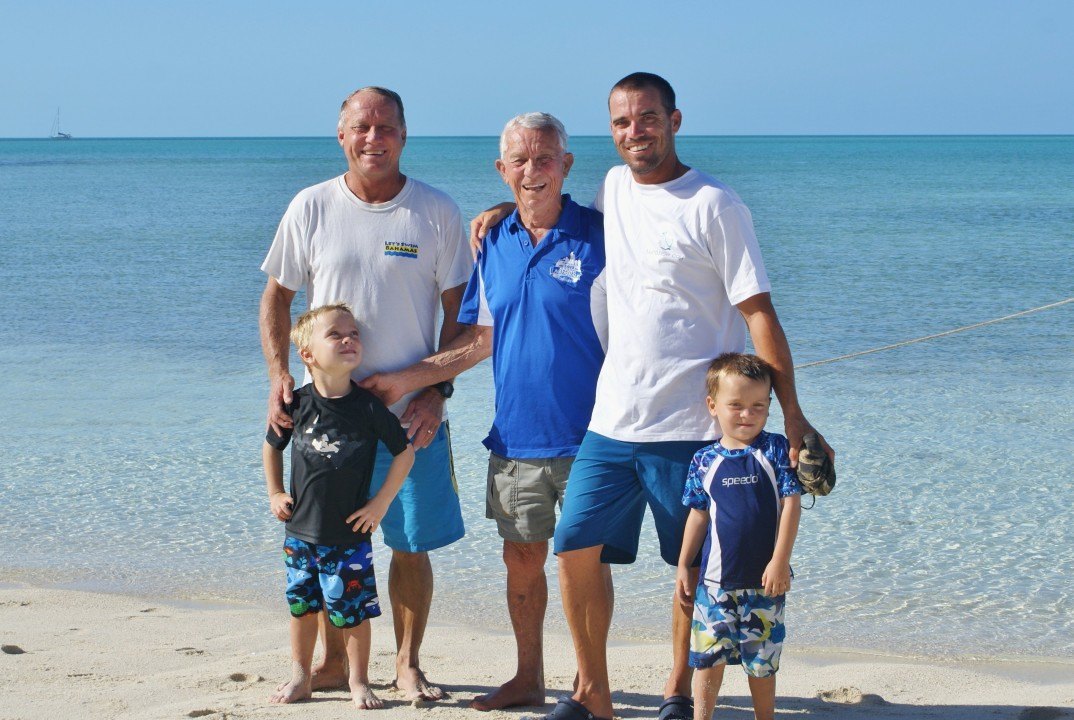 The Knowles Family has a rich history on the Olympic stage with many members still actively competing on the World stage in their respective Age Group through Masters Swimming. Current photo via Nancy Knowles

The Sarasota Sharks were five for five in setting new national relay records in the 65+ age group.

Occasionally you may see a relay with three or four siblings all swimming together, but rarely will you ever see a relay made up of four generations from one family. The Knowles family will be swimming two relays at the Bahamas National Swimming Championships at the Betty Kelly-Kenning Swim Complex on June 25th – 28th. The Knowles Family has a rich history on the Olympic stage with many members still actively competing on the World stage in their respective Age Group through Masters Swimming.

They are all current registered swimmers with the Bahamas Swimming Federation. They will swim the 200 Freestyle Relay as an official Time Trial event on Friday, June 26th at the Bahamas Nationals Swimming Championships, which is an official FINA sanctioned event. Their goal time is to clock under 3:00.00. On Saturday, June 27th, they will attempt the 200 Medley Relay with Joss swimming the backstroke, Dallas the breaststroke, Andy the butterfly, and Percy the freestyle.

After checking with the Guinness World Records, the Knowles family discovered no such event has been attempted, so an application has been put in for both relays to be recorded in the their books if successful.

Great family!!!! Hope they get the record!!

Great family! Good luck guys! Ro
Please tell us how they do!

Good Luck Knowles Family!!!! We will be cheering for you and sending good luck prayers!!