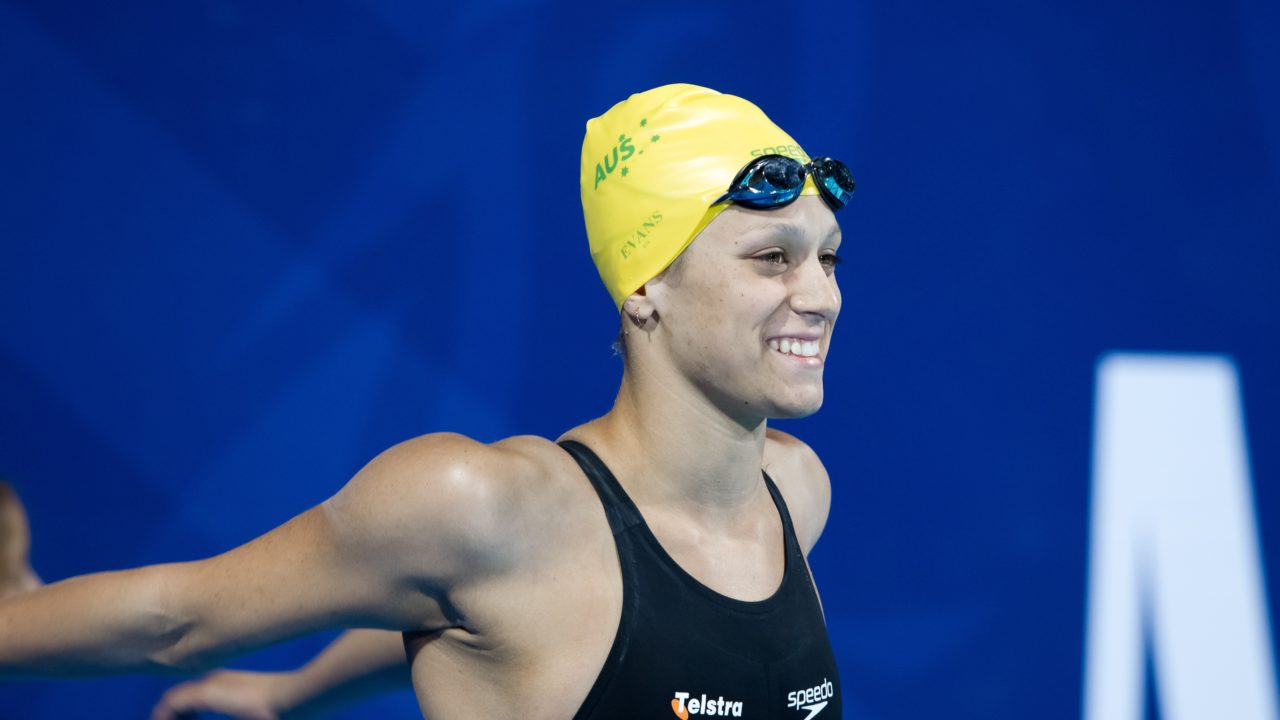 Injury is a swimmer’s worst enemy, as Australia’s Blair Evans can unfortunately testify. The Perth swimmer is getting back into... Archive photo via Tim Binning/TheSwimPictures.com

Injury is a swimmer’s worst enemy, as Australia’s Blair Evans can unfortunately testify. The Perth swimmer is getting back into her training and competitive groove after having suffered two bulging discs in her neck last year. The injuries also consisted of severe bursitis inflammation of the shoulder joint, which led to extensive surgery in late 2014, rendering Evans on-deck for three months.

On her road to recovery, Evans is now training under another “Evans” former coach; that of Bud McAllister, under whom American distance legend Janet Evans won four Olympic golds.  In terms of where the Australian Evans is at in her training currently, she tells the Sydney Morning Herald that “Bud has me doing seven sessions each week at around 6km distances.”  She continued that “We’ve dropped gym sessions all together and now have a greater emphasis on Pilates and physiotherapy.”

Evans also tells the Herald that “the long term goal is the Rio De Janeiro Olympics next year.  I’d also love to race the 200m and 400m individual medley events again by the time the trials for Rio come around in April next year.”

Evans will be competing in the 100m freestyle again this weekend at the Western Australia State Pennant meet.