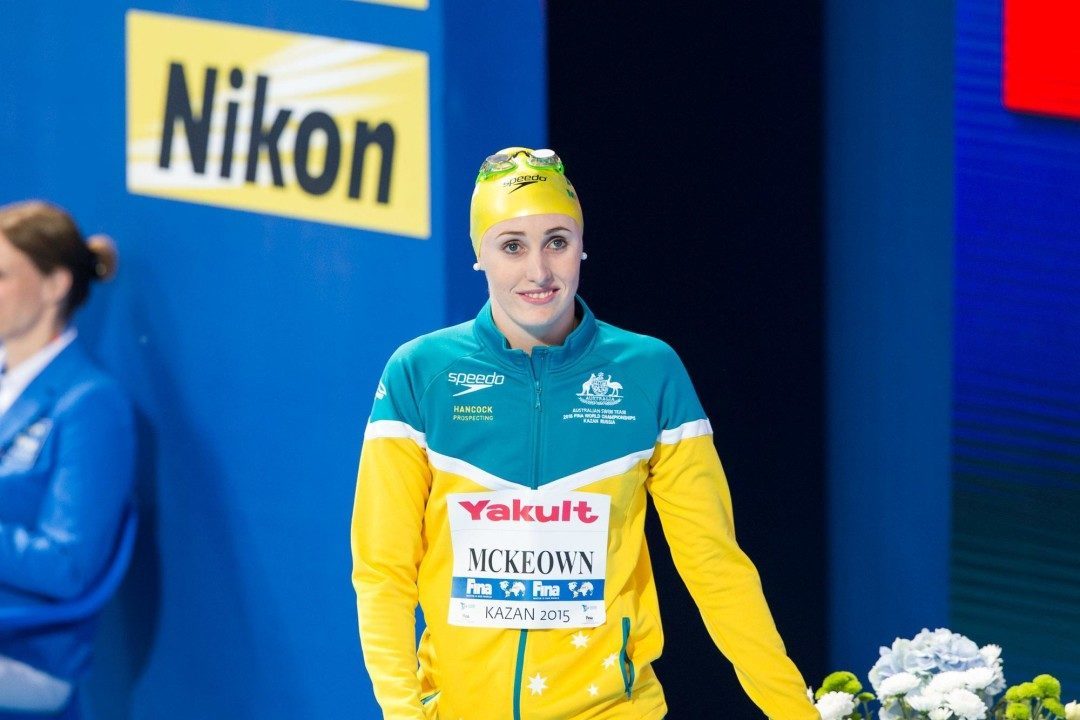 Australian Olympian Taylor McKeown is under investigation by Australian authorities for riding a jet ski too close to a pod of whales recently. Archive photo via Tim Binning/TheSwimPictures.com

Australian Olympian Taylor McKeown is under investigation by Australian authorities for riding a jet ski too close to a pod of whales off of Point Cartwright near Mooloolaba Beach off the Sunshine Coast recently.

As reported by The Sunshine Coast Daily,  the silver medalist and two friends were photographed by a bystander, who wishes to remain anonymous, who then sent the photos to the Department of Environment and Heritage Protection.

Per Australian law, jet skis are not permitted to be within 300 meters of whales. Penalties for violating this distance include fines up to $15,000.

McKeown denies allegations, stating “Anyone who knows me knows my passion for wildlife. Having professionals look at it is the best thing that can happen. We were literally floating in the water. They got closer and we sat there motionless. If whales approach that’s their decision.” (Sunshine Coast)

The photographer maintains, “We witnessed repeated interactions with whales and calves by a jet ski as I photographed the incident.”

I can't believe it! So this just happened ?✨ we were patiently waiting in the water, with the motor off and this family decided to come check us out!! An extra playful calf freaked @unnecessarahh out a little ???#Mooloolaba #taylortours #humpbackwhale with @unnecessarahh @bajazavadova ❤

As for this issue, lets just see how the actual facts come out. The accusation may be accurate OR it may be the case of the accuser getting their facts scrambled OR maybe the truth lies somewhere in between.

I agree; Taylor McKeown has long campaigned on issues of animal welfare. I’ve followed her on various social media platforms for years and she has always been passionate in speaking out against high profile animal welfare abuses. I can’t imagine she’d do anything that posed a risk to animals.

Lets wait and see what comes of if before passing judgement.

She’s either wrong, right or neither, I can tell you she’s one of them

I do not see why she would be “under investigation” by the Aussie authorities re: coming up too close to whales. It looks as the whales were coming up to her, not vice versa. The jet ski motor is off, after all. The Humpies are just checking her out.