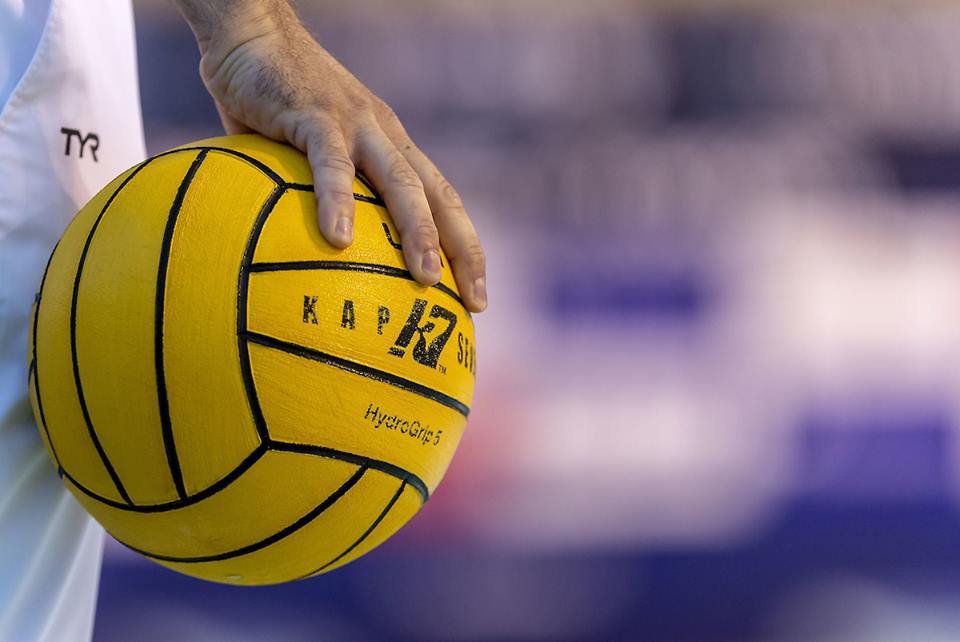 Australia, Greece, Germany and Spain will round out the quarterfinals field for men's water polo at the World Championships after playoff wins on Sunday. Current photo via LEN Media

Australia, Greece, Germany and Spain will round out the quarterfinals field for men’s water polo at the World Championships after playoff wins on Sunday.

With losses in the playoffs, Montenegro, the United States, Japan and South Africa drop down to the ninth through 12th place classification matches.

Kazakhstan and Brazil earned spots in the 13th place match with victories over Korea and New Zealand respectively.

In the playoffs, Australia and Greece won close games, while Spain and Germany won via blowouts.

Australia led 3-1 after the first quarter, but was outscored 7-4 over the next 16 minutes. The Aussies eventually grabbed a 9-8 advantage but Montenegro levelled the score and forced a penalty shootout.

Down 3-1, Montenegro turned it on with a 6-2 run to go up 7-5 with 4:56 to play in the third quarter. Aleksandar Ivovic scored three times in the rally, which saw Montenegro cash in on two penalties and two extra-man tries.

Montenegro had a two shots blocked and hit the post once in the waning moments of regulation. In the penalty shootout, each team hit its first shot, had its second saved and made its third. Younger put in Australia’s fourth attempt, while Radovic had his saved. Rhys Howden secured the win for the Aussies at 4-2 in the shootout.

Kayes put in four goals in regulation for Australia, while five others chipped in a goal. The Aussies made 9 of 25 shots, including 4 of 9 extra-man tries.

Ivovic was the top scorer for Montenegro with three goals, while Radovic added two. Montenegro scored on 9 of 30 shots, including 4 of 7 extra-man tries and both of its penalty attempts.

The USA held the early advantage, but Greece outscored the Americans 3-1 in the final quarter to steal away an 11-9 victory.

Two actions shots and two extra-man goals gave the USA a 4-2 advantage in the first 6:32. Greece answered with four straight goals to go up 6-4 on a penalty by Ioannis Fountoulis with 3:49 left in the first half.

Ben Hallock and Hannes Daube put in extra-man goals to knot the score at 6 at halftime. The Americans took an 8-7 lead with goals by Luca Cupido (3:28) and Hallock (2:11) in the third quarter, but Konstantinos Mourikis added one of his own to level the score at 8.

Konstantinos Genidounias scored two goals in the final three minutes to keep the Greeks one step ahead of the Americans. Johnny Hooper hit the last goal for the USA making it 10-9 with 2:32 left.

Genidounias scored four times to lead Greece, while Mourikis and Alexandros Gounas each added two scores. Greece hit 11 of 26 shots, including 6 of 10 extra-man tries and both of its penalties.

Hooper, Hallock and Daube each put in two goals for the USA. The Americans made 9 of 29 shots, including 6 of 12 extra-man tries.

Spain led 5-4 at halftime, but broke the game open in the second half outscoring Japan 10-3 in the final 16 minutes en route to a 15-7 victory.

Spain never trailed in the game, scoring first on a Roger Tahull i Compte extra-man goal (3:39, 1st) and building a 5-3 advantage with 3:21 to play in the first half. Spain scored on two penalties, two extra-man shots and a center shot in taking a 5-4 halftime lead.

Alberto Munarriz Egana put in three goals in the third quarter, helping the Spaniards to a 9-6 advantage. Spain outscored Japan 6-1 in the final eight minutes as Munarriz Egana and Alvaro Granados Ortega scored twice each.

Japan got two goals from Seiya Adachi and one each from five other players. The team scored 7 of 34 shots, converting just 2 of 14 extra-man tries and one penalty.

Germany cruised to a 16-2 lead midway through the third quarter and continued to pile on in a 25-5 win over South Africa.

South Africa was within one at 3-2 after a 6-meter direct shot by Etienne LeRoux with 2:42 to go in the first quarter, but it was all Germany from there as the team rattled off 13 unanswered goals. A penalty, four counter attacks and five extra-man shots highlighted the rally. Ben Reibel scored three times in the stretch.

Neill put in a center shot goal for South Africa with 3:01 left in the third quarter to make it 16-3, but that just sparked an 8-0 run for Germany. Luuk Gielen and Timo Van Der Bosch each scored twice as Germany went up 24-3. South Africa scored twice in the final 1:33, but Gielen hit a penalty with nine seconds left to give the Germans the final score.

Gielen scored six times to lead Germany, while Reibel, Marko Stamm and Marin Restovic put in three goals apiece. Germany made 25 of its 40 shots, including 9 of 11 extra-man tries and 2 of 3 penalties.

Five different players scored for South Africa as the team made 5 of 28 shots, but was 0 for 7 in extra-man opportunities. South Africa made its lone penalty try.

In the 13th through 16th place classification matches, Kazakhstan cruised past Korea 17-4 and Brazil edged out New Zealand 12-8.

Miras Aubakirov scored four times in the 10 goal midgame onslaught. The Kazakhs put in six action shots, two extra-man tries, a penalty and a center shot during the run.

Korea scored on a penalty with 5:17 to play, but Kazakhstan answered with two more goals to close out the victory.

Aubakirov led Kazakhstan with four goals, while Maxim Zhardan and Mikhail Ruday added hat tricks. The Kazakhs made 17 of 32 shots, including 4 of 7 extra-man tries and one penalty.

Four different players scored for Korea as the team put in just 4 of 30 shots, 0 of 6 extra-man tries and its lone penalty.

New Zealand scored the first goal of the game, but Brazil scored four in a row to take the lead and never relinquished it. Brazil upped its advantage to four at 10-6 midway through the third quarter. Counter attack goals by Gustavo Coutinho and Pedro Real made it 12-7 with 1:25 to pay. Matthew Lewis put in the game’s final goal with an extra-man shot with five ticks left on the clock.

Real and Gustavo Guimaraes each scored three times as Brazil went 12 for 24, including 4 for 7 extra-man goals and 2 for 2 on penalties.

Matthew Small turned in a hat trick for New Zealand, while Lewis and Nicholas Stankovich added two goals apiece. The Kiwis made 8 of 25 shots, including 3 of 6 extra-man tries.