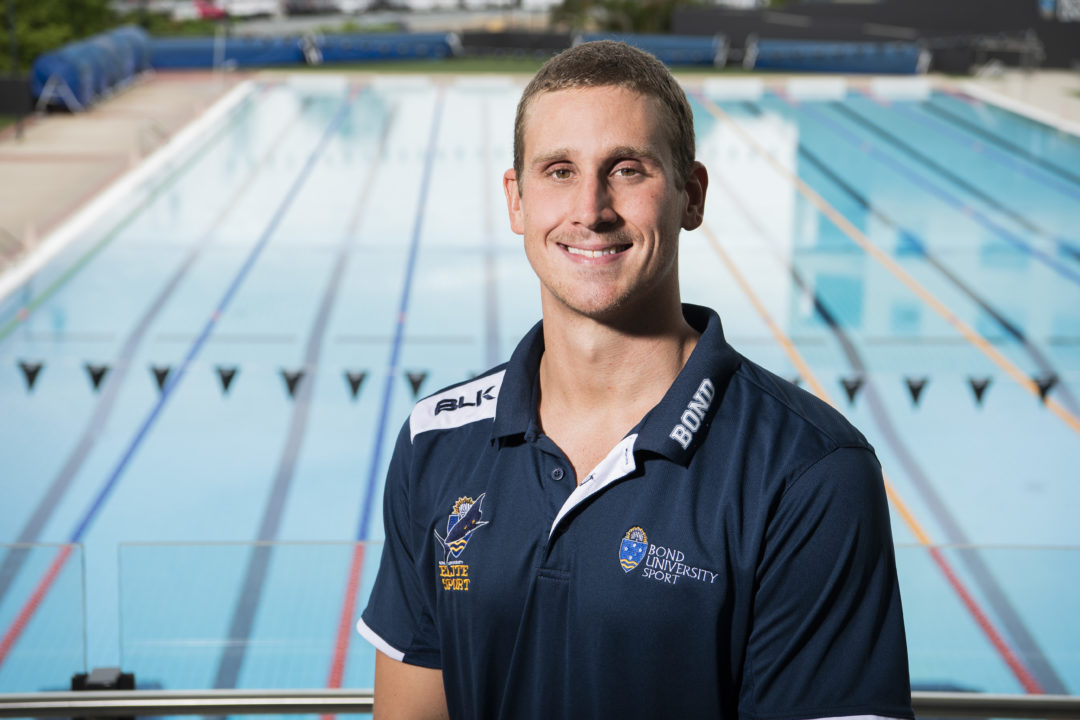 Aussies Maddie Gough and Alexander Graham speak to the shake-ups that come from being student-athletes in the midst of lockdown. Current photo via Cavan Flynn

Swimmers everywhere, from age groupers to elites, are finding ways to keep fit and focused in light of the 2020 Olympic Games now postponed to July 2021. Aussies Maddie Gough and Alexander Graham are no exception, as the Bond University aces prioritize, strategize and try to relax with the comprehensive change in plans.

Speaking to Andrew Bryan this week, Senior Journalist at Bond University, Gough said the adaptation to life out of the pool ‘has been tough.’
“We have a date (for Tokyo 2021) and something to aim towards. We just have to start the whole process over. The general message is to recover, regroup and stay active.”

As the coronavirus (COVID-19) outbreak was spreading across Europe, Gough happened to be training in Spain alongside 2016 Olympic champion Mireia Belmonte. The pair had been working under Coach Fred Vergnoux before Gough was forced to return to Australia and Spain proceeded to lock down public spaces.

Now, without the ability to train in the water until further notice, the 20-year-old Aussie national open water champion will be focusing her attention on her Bachelor of Biomedical Science degree at Bond.

“I’ve enrolled to do three subjects next trimester at Bond, which is more than I’d normally do,” she told Bryan. “I might as well try to knock through a lot of the subject while I have some free time.
“Obviously my main goal is to make the Olympics team for 2021 and I’ll be setting myself for that.”

Meanwhile, Graham is also trying to keep things in perspective, as the student-athlete says, he is ‘trying to keep himself healthy’ and is ‘taking some time out of the water.’

“It looks like next year will be a really big season with the Olympics and plenty of meets.

“It’s a little annoying because I was hitting fast times and season PBs and it was looking good (for Tokyo 2020). It’s a bit frustrating to now have to take a break, but you have to apply perspective. Everyone is in the same boat.”

Helping him look to the future is the idea that an International Swimming League (ISL) may potentially be headed for the Gold Coast once season 2 gets underway, although nothing has been confirmed.

“To have the ISL on the Gold Coast would be absolutely fantastic,” said the season 1 member of London Roar.

“It would be super special, not just for the Gold Coast, but for the whole country. I think — if we are in a position to do so — you’d see a lot of interstate travel to come and experience it.

“It would be great to show the international swimmers around the Gold Coast and show them what it is all about.

“It would be a great motivational tool for the young swimmers too.

“It was great to have Commonwealth Games here, but to bring out the best athletes in the world is another level again, and for the young swimmers to see them and have them training in the facilities on the Gold Coast would be enormous.”