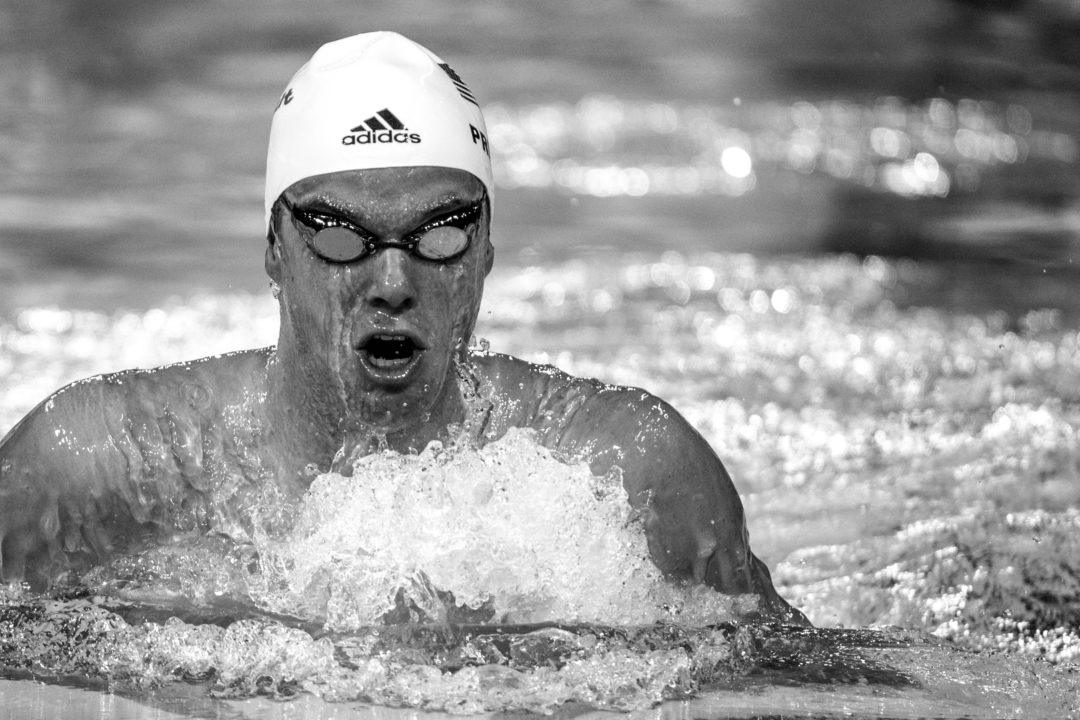 As young swimmers continue to grow in age, height, and ability, how do these changes affect their breaststroke development? TritonWear looks into the data. Archive photo via Mike Lewis/Ola Vista Photography

In Part 2 of the freestyle breathing pattern analysis, TritonWear looks at the relationship between breathing rates and lap progression in reps 200m and up.

TritonWear investigates the relationship between speed and breathing frequency metrics for freestyle.

The few weeks between the end of swimming championships season and the start of the next competition season can be a strange time for many swimmers.

Greetings swimmers, coaches, and swimming enthusiasts! Today we are back with another installment of the TritonWear Analysis series.

The TritonWear team has been working away to provide you with an in-depth analysis of each swimming stroke. First, there was the freestyle analysis, followed by the backstroke analysis, and now we will be turning our attention to breaststroke.

In the freestyle analysis, we learned that age and height affect a swimmer’s overall stroke and speed. More specifically, the TritonWear team revealed that young swimmers (roughly 10-20 for females and 10-22 for males) tend to decrease their stroke rate and increase their distance per stroke (DPS) in order to improve their freestyle swimming speed.

As a refresher, here is what TritonWear means by distance per stroke (DPS) and stroke rate:

Today, TritonWear is wondering: as young swimmers continue to grow in age, height, and ability, how do these changes affect their breaststroke development?

The TritonWear team discovered that young swimmers generally improve their DPS as they become older, which makes sense given that many of these swimmers are continuing to grow. Significantly, the TritonWear team also found that young swimmers tend to drop their stroke rate and improve their DPS in order to become speedier breaststrokers (which is the same trend we observed earlier in the freestyle analysis).

However, with breaststroke, this trend (decrease in stroke rate + increase in DPS = faster swimming) was less dramatic than we saw with freestyle. If you take a look at the graphs below, you will see that the relationship between DPS and age is quite linear for breaststroke; in both the male and female graphs, the line showing DPS gradually increases (travels upward) with age, and the line showing stroke rate gradually decreases (moves downward) with age.

Overall, here is what the TritonWear team found:

Interestingly, the TritonWear team discovered that—unlike with freestyle—swimmers ages 20+ years showed virtually no drop off in breaststroke DPS improvement (as you can see in the graph above, for both male and female swimmers, those lines just keep on heading onward and upward!).

The TritonWear team decided to “complete one final breaststroke-to-freestyle turn” and revisit the freestyle data in order to draw comparisons between the two strokes.

In order to compare the two strokes effectively, the TritonWear team focused on “distance per cycle” (DPC) as opposed to distance per stroke (DPS). For butterfly and breaststroke, a “cycle” is only 1 stroke because both arms pull simultaneously. However, for freestyle and backstroke, a “cycle” is 2 strokes because each arm pulls separately.

So, to convert the previous freestyle findings from DPS to DPC, the TritonWear team multiplied the freestyle DPS data by 2 (for breaststroke, DPS and DPC are already the same, so no extra work required here!).

Significantly, the TritonWear team found that swimmers increase their DPC more gradually when it comes to breaststroke versus freestyle (as you can see from the graph above, the gap between strokes is most dramatic around age 18). However, because swimmers continue to steadily improve their breaststroke DPC over time, breaststroke DPC ultimately rises to meet freestyle DPC when swimmers are approximately 24+ years old.

In breaststroke, as in freestyle, the main factor that helps young swimmers improve their swimming speed is increasing their DPS/DPC. However, unlike with freestyle, breaststroke DPS/DPC does not peak when swimmers are in the early 20s and then start to decrease—it continues to increase even once swimmers reach 24+ years old.

Lastly, swimmers and coaches should be aware that DPC comparisons between freestyle and breaststroke can be tricky because these strokes tend to progress at varying rates and follow divergent patterns; the difference is particularly noticeable in swimmers’ late teenage years (around age 18) when freestyle DPC is typically 20% longer than breaststroke DPC.

Thanks for stopping by, and be sure to check out TritonWear’s freestyle and backstroke analyses, as well as TritonWear’s Olympic Games race analyses (such as Katie Ledecky vs. Rebecca Adlington, the London 2012 Men’s 100 Free Final, and more!).