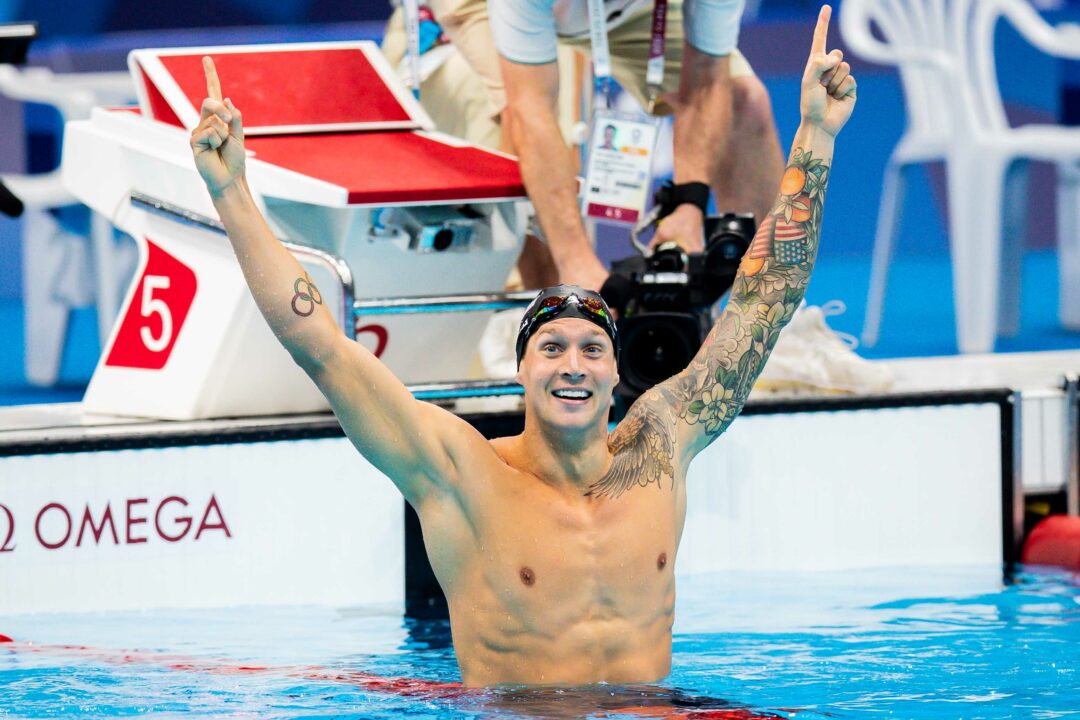 The long-awaited showdown was a true fight to the finish line, in what one can only describe as the most thrilling 100m Freestyle final. The blue-ribbon event was packed with talent. Caeleb Dressel was all power, and Kyle Chalmers all heart as they ended up clashing out in the pool like the true titans they are.

Ready to be blown out of the water? Check out how these legends’ data rank on this epic showdown.

For this analysis, we’re using the same TritonWear data 30+ national federations trust when training elite athletes, bringing you all the insights into faster swimming.

So, let’s dive right in and nerd out on all things data. Dressel’s well-known explosive start did not disappoint as he got off the block faster than anyone with an incredible 0.6s Dive Block Time. What makes his start the best, though, is his ability not only to react quickly but also go out the furthest with a Dive Hang Time of 0.39s.

Way out in lane 7, Chalmers, whose starts was not one of his strongest skills, went out on an equally fast 0.66s Dive Block Time and carried a Dive Hang Time of 0.33s.

“My skills have come a long way, especially from Rio to now, but they’re still progressing as the season goes on,” he said, forecasting further technical gains at a pre-Games camp in Townsville.

As they hit the water, the two world-class swimmers continue to battle it out with only a 0.04s difference on their Speed Underwater, where Dressel clocked a 3.97m/s speed and Chalmers a 3.93m/s. The killer start and underwaters almost immediately gave Dressel a lead on the field with Chalmers breathing down his neck.

What’s most impressive was Dressel’s ability to ramp it up going into the wall, where he flip-turned to a sizzling 22.39s. If there is one way to attack those turns, that’s the way to do it. In detail, Dressel started the race with a Stroke Rate Start of 54.97 cyc/min, dropping it slightly in the middle with a Stroke Rate Mid of 51.2 cyc/min but ramping it right up towards the end of the first 50 with a Stroke Rate End of 52.38 cyc/min.

With his eye on the gold, Chalmers, of course, was determined to leave everything he had in the pool, splitting a great 22.71.s on that first lap. His hard work and dedication to his skills were evident in the mastery of the turn. Chalmers was 0.16s faster than Dressel with a Transition Time of 1.55s vs Dressel’s 1.71s. He continued to close in on Dressel after the turn with a 0.09m/s higher Speed Underwater (2.8m/s vs 2.71m/s).

The entire race was determined by the last 15 meters, where Dressel destroyed it by putting his head in, not breathing, and driving his Stroke Rate End to an insane 56.26cyc/min. On the contrary, Chalmers’s breathing on the last few meters of the race caused a drop in his Stroke Rate End and prevented him from doing the same. Here’s a play by play on their Stroke Rate Start Mid and End for their second lap:

As seen in this tell-all graphic, there was a more significant difference in time between Dressel and Chalmers at the beginning of the second lap. Chalmers chased Dressel down to the last stroke and closed in on a difference of 0.06s.

Draw Your own Conclusions

to explore every detail of each swimmer’s race data.

We understand that not all coaches and swimmers are data-heads. Analyzing data requires a lot of time and effort that, frankly, most don’t have. At TritonWear, we strive to make data quick, easy, and fun to use so you can focus on swimming and leave the number-crunching to us.

With a glance at the Triton Score, you’ll know instantly how well you trained and even get personalized feedback highlighting exactly where you’re excelling and what you need to improve on to swim faster.

Athletes: Get started with as little as $20/month and receive a free unit (included with your membership).

Coaches: Create highly personalized winning strategies for individual swimmers and the team as a whole with data-driven insights. 30+ national federations trust us to help them train these elite athletes; you can too. * Volume prices apply.

TritonWear is a sleek wearable device and app that helps you train well consistently, so you can swim faster. It captures and relays 30+ data points in real-time to any mobile device on deck. Triton Score analyzes your data and provides you with actionable insights highlighting exactly where you’re excelling and what you need to improve on to swim faster.