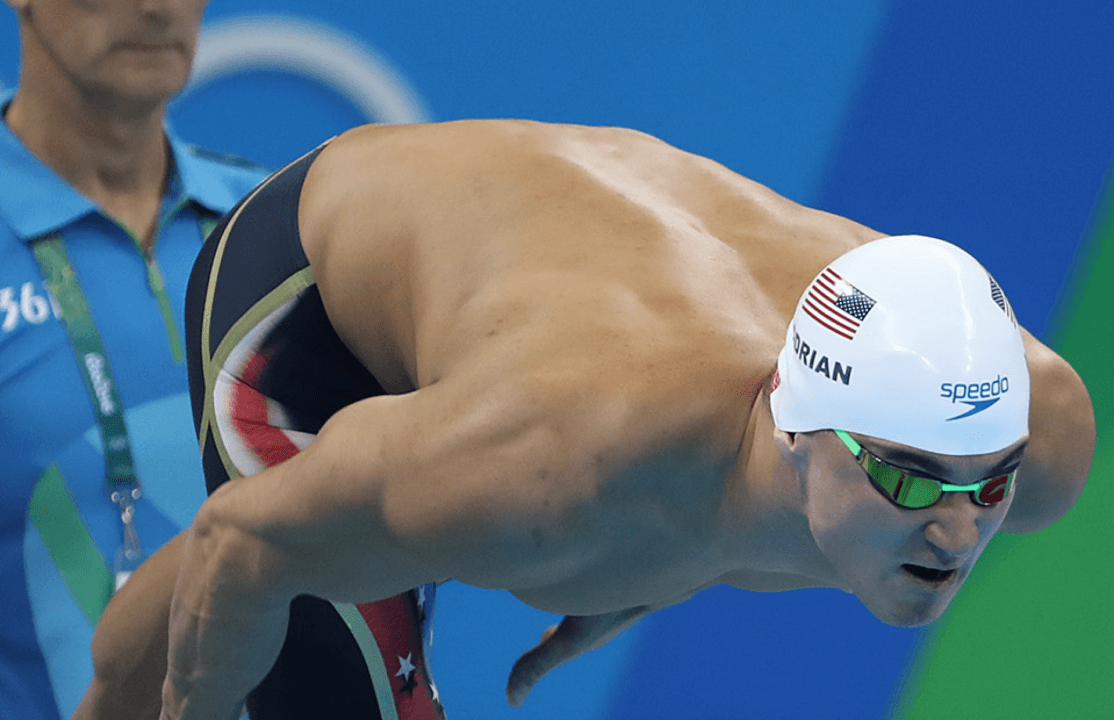 The final was hyped to be an epic showdown between multiple competitors, but most of all between James Magnussen and Nathan Adrian... Current photo via Simone Castrovillari

Ranomi Kromowidjojo reclaims her European title in the women’s 50 freestyle, producing the first sub-24 swim of the Olympic year in 23.97

TritonWear  and Swim Swam are bringing you the best in swimming race analysis. With the power of TritonWear, you can have an in-depth analysis of your practice every day with zero effort. Today we are having a closer look of one of the fiercest duels of 2012 London Olympic Games.

It was predicted the men’s 100 freestyle final in 2012 could be the race of the Olympics. Australia had high hopes for James Magnussen, who was seemingly unbeatable heading into London. He’d dominated at World Championships the year prior and set the fastest time ever in a textile suit at the Australian trials with a 47.10.

But doubts were raised after Nathan Adrian of the United States beat Magnusson head-to-head on the opening leg of the 4 x 100 freestyle relay early in the competition. While the Aussie qualified first for the 100m freestyle individual final, Adrian’s potential threatened an upset. Other big contenders in the final included Yannick Agnel, who had come from behind on the anchor leg of the relay to propel France to the top of the podium, and César Cielo of Brazil, who already had a number of international titles under his belt.

The final was hyped to be an epic showdown between multiple competitors, but most of all the Australian favorite and the American underdog. When the beep sounded, the swimmers exploded off the blocks and charged down the pool with high stroke rates and powerful kicks. Adrian’s rate was faster at 1.14 seconds per stroke while Magnusson held 1.25 s/str, giving the American a slight edge.

While the field was nearly dead even for most of the first length, some swimmers began to surge ahead coming into the wall. Known for his front-end speed, Cesar Cielo of Brazil was the first to flip in a time of 22.60. He was followed closely by Brent Hayden of Canada and Nathan Adrian in third position. Adrian flipped faster than anyone else at the front of the pack with a turn time of 0.79, launching him into a strong second length.

Magnusson was two-tenths of a second behind the leaders at the first wall, which was still within striking distance; he blasted ahead with a speed of 2.02 m/s to fight Adrian for the win. The last fifteen meters turned into a dogfight, with no clear leader even as they powered into the wall. Magnusson had the advantage in efficiency, but Adrian held a slightly higher stroke rate that made the difference.

It was Adrian who got his head down at the finish and touched in 47.52, managing to secure the victory by the narrowest of margins: 0.01 seconds. In upsetting “the Missile”, he shattered the hopes of the Aussies and became the first American to win the 100 freestyle since 1988. Touching for bronze was the wildcard Hayden, who also made history in becoming the first Canadian male ever to claim a medal in the 100 freestyle at the Olympics.

TritonWear is revolutionizing training with data-driven coaching. Check out how coaches in Texas are putting down their stopwatches and focussing solely on stroke mechanics.

Swimming analysis is courtesy of TritonWear, a SwimSwam partner.

Awww the video is showing as blocked for me.

But fun to look at these splits. I didn’t remember that Adrian had gone out in 22.6.

Great race. Magnussen takes a lot stick for being a choker on here, but I’m not sure losing by a hundredth to a guy of Adrian’s caliber, whilst going faster than either of his own World Champs winning times, should really get you that kind of rep.

He led some unbelievably douchey behaviour in 2012 and was rightly castigated, but in the pool he was just unlucky on the day.

Hindsight’s 20/20, but remember that Magnussen was a 47.10 going into the games, while Adrian’s best was a 48.00 in 2009 presumably with the super suit. I would think losing to a guy who was seeded nearly a full second behind you was a choke.

Additionally – this could just be perception – but it seemed like Magnussen took the lead on the second 50, but then took his foot off the gas to coast into the wall, which allowed Adrian to snatch the win

I don’t know about taking his foot off the gas, it looked more like he ran out of gas in his legs 10m in. You can see his wake from his kick start to dwindle then and become almost non-existent 3m out from the wall where Adrian snuck in.

True, but Adrian dropped that seed time by half a second. If Adrian swam his seed, Magnussen wins.

It just seems to be levelled at him when other swims don’t get the same treatment.

Manadou underperformed seed (21.19 to 21.41) by a similar proportion in Rio and got pipped by Ervin, but no one suggests he choked. He put up a very good time, but got beaten by a guy having a lifetime swim.

If underperforming your PB in the final is choking, Peaty chokes quite regularly, as he has put up a few WRs in semis.

Can we please talk about hanser! He nearly even split a 48.0… with the technic of an age grouper with a 2-3beat kick. Like that is just mind boggling

I still believe the best hybrid 100 free in history has Garcia swimming 70m of it (Dressel does the start and Ken To does the turn).

Surely MP does the turn? According to Swimswam, his turn in the Rio 4×100 relay was the GOAT turn.

I never analyzed a Kenneth To turn. Anyone have a good example?

one of the best MP turns for sure ……the underwater speed after the flip was Monstruous .

Swimswam had a great article on him https://swimswam.com/the-long-strange-journey-of-cubas-hanser-garcia-to-the-olympic-final/

The best of the field in terms of natural talent. Started out late, swam in unheated pools, had no start or underwaters, yet still managed a 48 flat

Where is he? What happened to him?