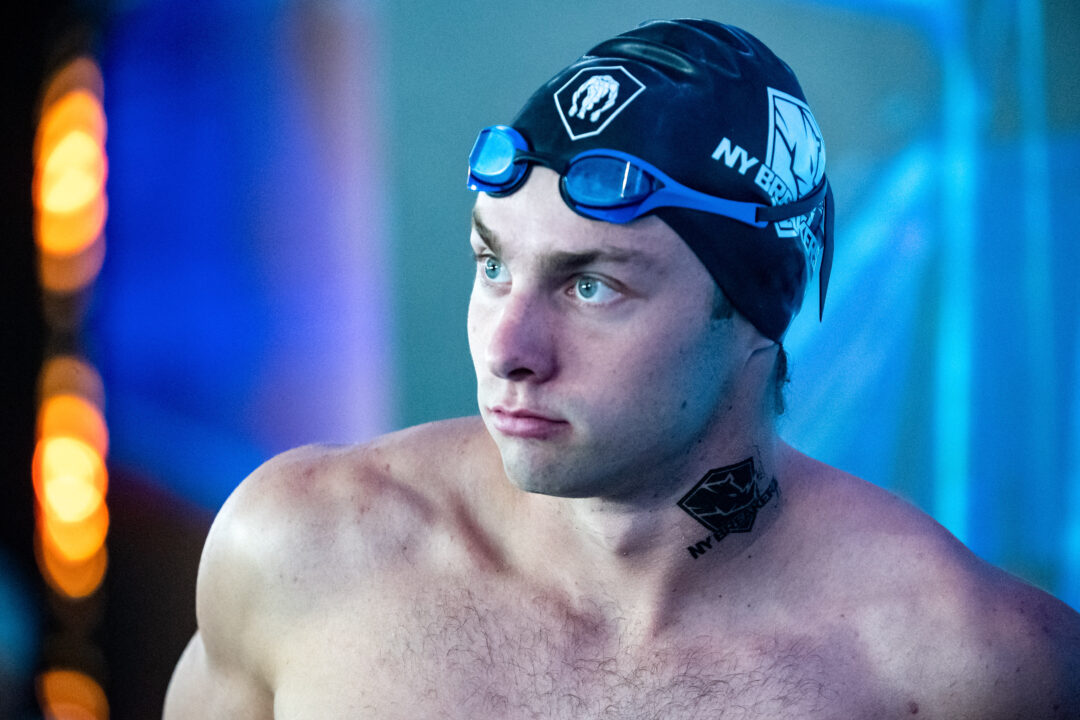 Both Temple and Harris are making the move to train at the South Australian Sports Institute in Adelaide with coach Peter Bishop. Archive photo via Giorgio Scala / Deepbluemedia / Insidefoto

Swim Ireland’s National Head Coach and Head Coach of the National Centre (Dublin) Ben Higson revealed he will be making the move to Australia.

Scooters have claimed another major injury to a swimmer, as Meg Harris reveals she broke her arm when she hit a rock on the way to the beach.

Swimmers across the globe have been changing training bases in the wake of the Tokyo 2020 Olympics, and two of Australia’s best are the latest to join the list.

Temple, who won a pair of bronze medals on the Australian men’s 4×100 freestyle relay and the mixed 4×100 medley relay in Tokyo, previously trained under Wayne Lawes at Nunawading Swim Club in Forest Hill, a suburb of Melbourne.

A gold medalist on Australia’s mixed 4×100 medley relay at the 2019 World Championships, along with a sixth-place finish in the men’s 100 butterfly, Temple really broke out this past June at the Australian Olympic Trials, setting a new National Record in the 100 fly in a time of 50.45.

Harris previously trained St Peters Western under coach Dean Boxall, noting that the move to SASI was “just the best thing for me moving forward and thinking about my swimming career in the future.”

In her Olympic debut, Harris swam the second leg on the Australian women’s world record-breaking 4×100 free relay, splitting 53.09 en route to winning the gold medal. She also won a bronze medal as a prelim swimmer on the Aussie women’s 4×200 free relay.

While Harris is already at SASI, Temple recently finished up competing in the International Swimming League (ISL) regular season with the New York Breakers in Naples, Italy. He told SwimSwam he’ll make his way to Adelaide when possible, having to quarantine upon arrival in Australia from Europe.

Strange for the both of them after the major recent success. All the best.

I think it’s probably a blessing and a curse to train with Boxall. He has some unorthodox ideas that do mostly seem to get results, some of those results being almost unbelievable. However, a few of his swimmers massively underperformed at the Olympics, and it would be easy to feel like maybe Arnie would always be his number 1 priority.

Could be a number of reasons she’s leaving. I hope that it works out for her because she has the potential for an absolute breakout in Paris in a few events.

Agree, expecting massive things from Harris in the coming cycle. Hope this move works out for her, she has the talent to go to the very top.

I think Madi and Meg pushing each other will be really good for 2024. Bish is a great coach too I think Meg will power on.

I’m wondering if Madi Wilson will be staying in Adelaide..

She’s probably rooming with Harris if this Insta post is anything to go by:

I think it will be positive for both .. Harris training with Madi who swims the same sprint events .. and Temple getting to train with Kyle to hopefully improve his sprint freestyle and keep in mind Kyle is also a talented 100 fly swimmer and could have taken that second Aussie spot for Tokyo if he focused on it

Makes sense for Matt to train with Kyle .SASi has likely given both an attractive deal .& they will be well supported for travel & competing.

Meg has turned her hearing situation into a winner both in & out of the pool . Her & Madi should make for an outstanding speaking duo – the MadiMeg Motivational Company . . There is another well known swimming guy around Adelaide but these girls are doing it for themselves.