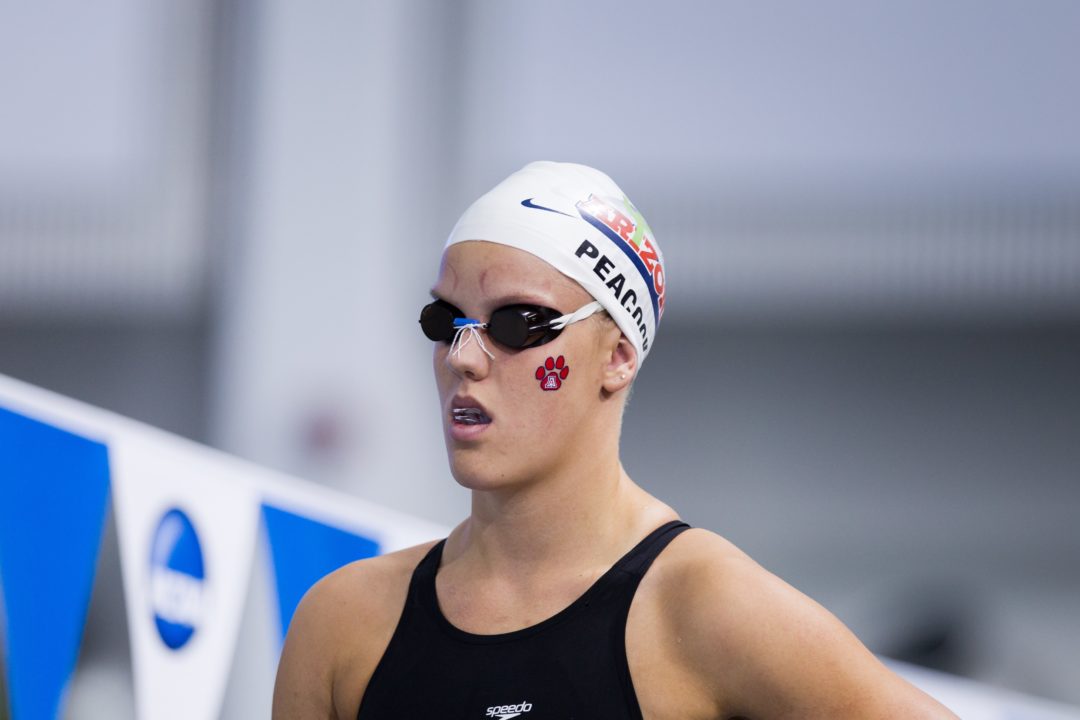 Former Arizona Wildcat Aubrey Peacock, who was the biggest piece of a three-swimmer group that were granted releases from Arizona in late April, has decided that she will be headed to Auburn next season, she told SwimSwam this afternoon – punctuated with an emphatic “War Eagle!”

“I went to high school with Arianna (Vanderpool-Wallace) and Caitlin Geary, so im looking forward to following in their freestyle footsteps in addition to back and fly,” Peacock said of the move and her former Bolles teammates.

Peacock will fit right in with the Tigers’ sprint group under sprint-guru Brett Hawke, and should slide into the spot vacated by the graduated Arianna Vanderpool-Wallace (though, that will be hard to truly replace) on what should be a loaded Auburn team.

She brings in freestyle bests on a flat-start of 22.79 and 50.07, both from her freshman year, but she’s three-times split 22.0 or better on relay anchors at NCAA’s, so we know she’s got the chops to hang with the Tigers’ group.

But even moreso, she fits into a new group that’s emerging in Auburn – and that’s the women’s backstrokers. They return junior Emily Bos, who was 18th at last year’s NCAA Championships; they bring in three big freshman backstroke recruits in Jillian Vitarius from Houston (53.43), Caitlyn Forman from Kentucky (53.89); and Sarah Reynolds from nearby Montgomery (54.25). For reference – anything under about a 54.5 in high school is really fast.

But backstrokers are something that they badly need depth in – after Bos they were pretty thin. For example, Bos was a 1:55 in her 200 back last year, and nobody else on the team broke two minutes.

Peacock will have two years of eligibility left.

Just checking on you…. Miss you all so much! Hope a