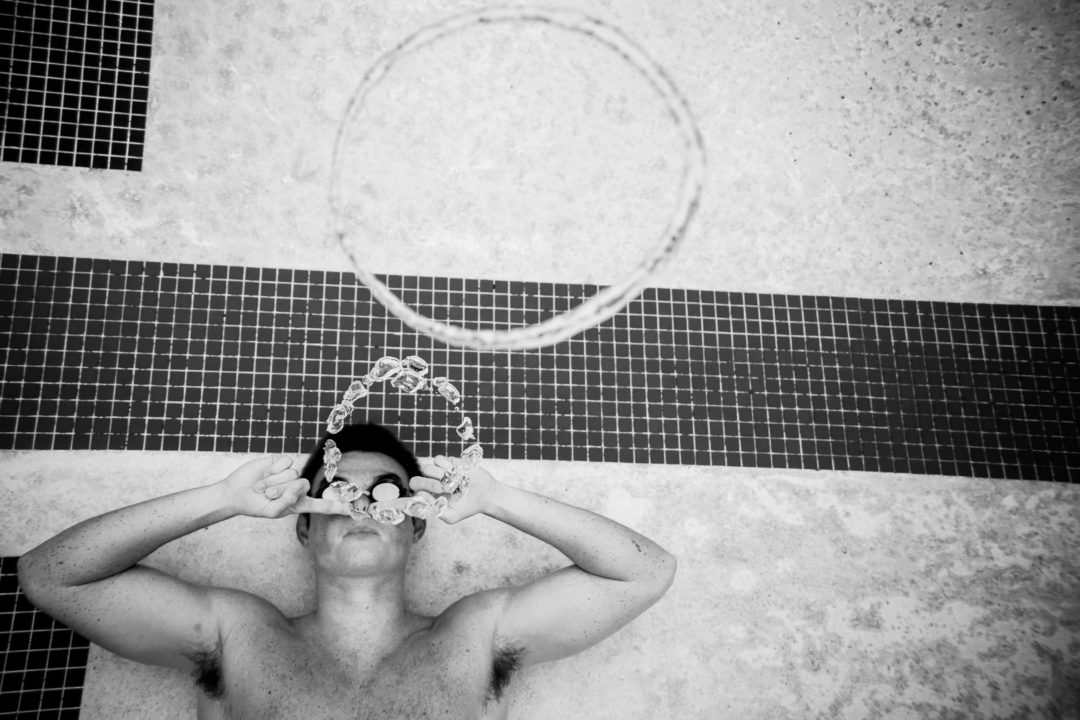 I just found out that my 16 year old skipped practice, even after dropping him off at the pool and then picking him up after he messaged for a pick up. Current photo via Jack Spitser/Spitser Photography

I just found out that my 16 year old skipped practice, even after dropping him off at the pool and then picking him up after he messaged for a pick up. I’m super ticked off about it, but more about the deceit than anything. I haven’t called him out on it yet. I just had a hunch and messaged coach and asked if he was there.

He’s in grade 11 and is losing interest, but I also don’t want him to turn into a deadbeat teen that only plays video games. I’m not sure if it’s just a Christmas break thing because he was off for a week and his routine is all messed up. I’m also concerned that if he drops swimming, that that might influence others to drop as well on our small team, with only a dozen swimmers at his level.

This is tough. I’m feeling like confiscating his phone or grounding him for lying or just telling him to find his own way to the pool…but then he probably will just sleep in and not go. He has a chance to swim in college if he sticks with it.

Thanks for any advice you can offer.

—Ticked Off in Tennessee

Dear Ticked Off in Tennessee,

First, I believe you need to talk to your son about honesty and the importance of keeping his word. Most likely, he feels he’ll disappoint you if he doesn’t want to swim.  As for grounding or taking away the phone, that’s a personal decision to make.

My son wouldn’t tell us that he didn’t want to swim at about the same age. I’m sure he thought it would crush us. He made up excuse after excuse of why he couldn’t go to meets and practice. I flat out asked him several times if he wanted to swim and he always said “yes.” I should have opened my eyes to reality and supported him more in the things he was passionate about, like music.

I interviewed one coach who said his own son would drive him crazy because he wouldn’t be focused at practice and bounced off the bottom of the pool. His son eventually switched sports to rowing and found his passion. The coach said the important thing is for our kids to do something they choose, whether or not it’s swimming.

If your son wants to swim in college, then encourage him to stick with it. Of course, swimming isn’t required to have a great college experience, but it does open doors. Coaches can flag athletes they want on their team for admissions. Swimming can give your son many advantages which may include a close-knit group of teammates, better meals, tutoring, a scholarship and priority registration for classes.

Many parents tell their kids that they need to finish the season, then decide if they want to continue or not. I think this is helpful to learn how to finish and not quit in the middle of things. When things get hard, it’s an easy answer to quit. Sticking it out to the end of the season will be an accomplishment and a reward in itself.

What advice do you have for Ticked Off in Tennessee? What would you do if you found out your child was skipping practice?

If you have a question for Ask Swim Mom, please email Elizabeth Wickham at [email protected]

I would do this but made good use of my skips. I would study instead. My true passion in life was school and accounting. Call me a dork but it’s true. I hated training. It felt like a punishment rather than something I wanted to do. My sister was the opposite and was a very successful swimmer. In our adult lives, we are very successful professionals. I hope your son is looking for his true passions in life.

I would have a frank discussion with him about what he wants to do. Let him know that as a parent, you would much rather spend your time doing other things than driving him to practice if he isn’t going to swim. You won’t be mad if he quits. I think you can also require him to come up with another activity such as working, another sport, or a club at school that he will become involved in if he decides to quit. Also, offer him some time away from the pool to consider it. He may be overwhelmed and tired right now and think he doesn’t want to swim, but after a week or two, he may realize he… Read more »

It might be time to switch teams. I’m guessing this wasn’t the first red flag about the team you’ve heard. What has changed? Did his coach retire or move? Did they move him to another group? Have his friends left? They give us so many warning signs that they aren’t happy and this one seems like one of the latter.

Here’s a problem with the “just finish” approach…

The athlete can/will make those around them miserable because they are too. As a coach, I had an athlete who didn’t want to swim any more but the parents were in the “finish what you started” mode and while after that, the athlete came to practice every day, they completely loafed every set and proceeded to complain constantly. As an older team member, it was an awful example for others to see and it became a very toxic situation that ultimately ended in me having to cut them from the team.

How about honoring their wishes instead and let them quit, but on the other side, give them a taste of… Read more »

I quit swimming twice, once at age 14 and once between my junior and senior year of college. I think it’s a tough sport to grind through if you’re not enjoying it. Each time I need a little time away from the sport to realize what I missed about.

He probably just wanted to chill and smoke a lil weed

Why mention weed at all…

Because a lot of swimmers smoke weed

Back in the day , I had to have this discussion with my teenagers. One was all in and never skipped . The other was opposite . The second one now does more creative pursuits but still stays fit . Everyone is different .