ASIA: Xu’s 200 Back Scratch May Have Caused China to Miss out on a Medal 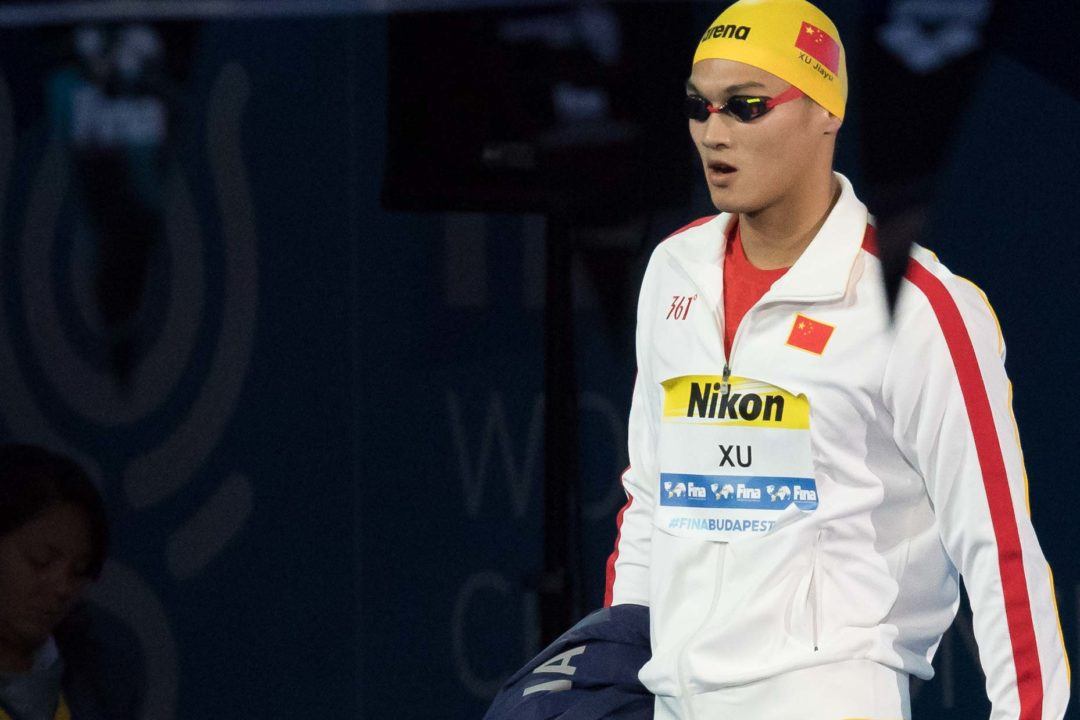 China made the decision to scratch Xu Jiayu from the 200 back semis in order to focus on the 800 free relay, but that decision may have cost them a medal. Archive photo via Mike Lewis/Ola Vista Photography

Last night at the 2019 FINA World Championships, China made the decision to scratch Xu Jiayu from the 200 back in order to focus on the 800 free relay, but that decision may have cost them a medal. In tonight’s relay, China finished far out of the medals with a 6th place finish in 7:04.74. Xu was their 3rd leg man, splitting a 1:48.13. That was nearly a second slower than his prelims swim, as he anchored the morning relay in a 1:47.31.

It seems more likely that China would have gotten a medal from Xu in the 200 back than a medal in the 4×200 free relay. Xu is the 8th fastest man in history in the event with a Chinese Record of 1:53.99 from the 2018 Asian Games about a year ago. In 2015, Xu had already been a 1:55.24 at the FINA Champions series in April. That in-season time would have given him bronze tonight by over half a second. He also swam a 1:55.65, which would have medaled tonight, at the 2019 Chinese Nationals back in March.

Xu’s backstroke seems to be “on” at this meet. While he hasn’t hit his best times, he was only 2 tenths shy with a 52.17 to set a new World Championships Record in the 100 back semifinals. He then went on to repeat as champion with a gold in finals. It’s reasonable to think he could’ve matched his in-season speed in the 200 back with the success he’s had here. That would have added a bronze to China’s medal tally.

With Japan missing the final of the 4×200 free relay and China missing the medals, the only medal of the day for Asia came from Ippei Watanabe in the 200 breast. Before tonight, Watanabe was the World Record holder in the event, but it was broken by Russia’s Anton Chupkov as he won gold. Watanabe earned bronze tonight, but his 2:06.73 was his fastest since setting that former World Record in 2017.

We also saw a new record set in prelims of the 50 free. Yang Jaehoon took down the Korean Record with a 22.26, erasing the former mark of 22.36 done by Yang Jung-doo in 2015. Japan’s Shinri Shioura nearly matched his Japanese Record with a 21.74 in the 50 free semis and will get a chance to go after it again in the final.

Partially makes up for the ones Sun doesn’t deserve….