Ashley Twichell and Haley Anderson Will Rep. US at 2019 World Beach Games 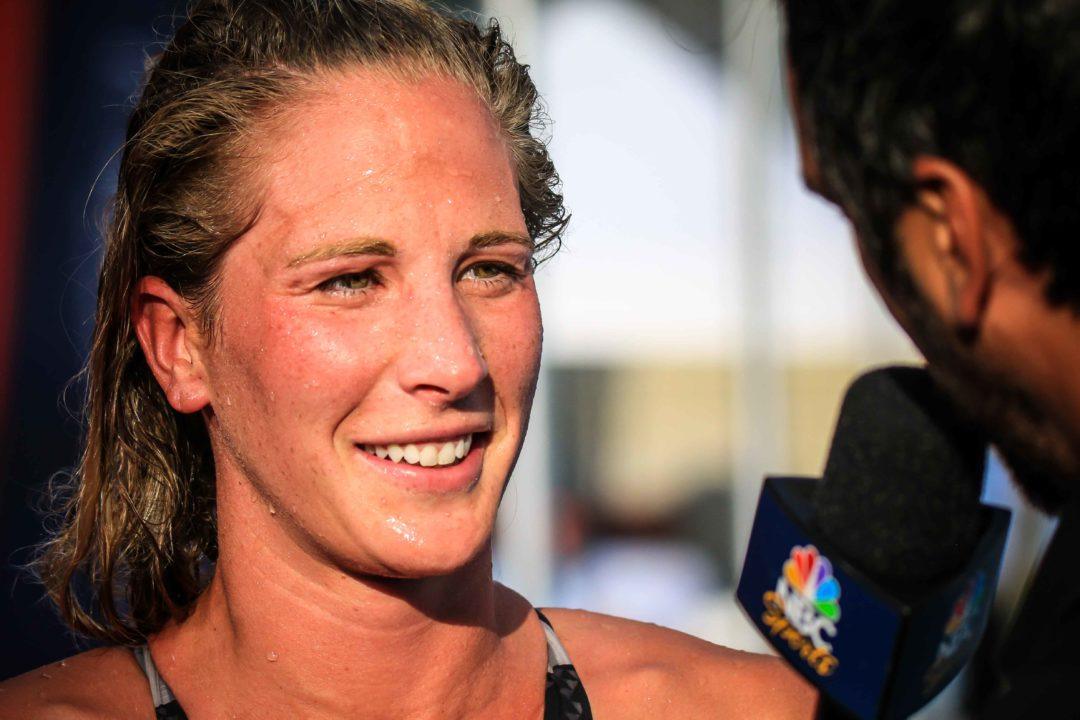 Twichell and Anderson, the two female representatives for the United States in open water at the Tokyo 2020 Olympics, will also race at the 2019 Beach Games. Archive photo via Jack Spitser/Spitser Photography

Ashley Twichell and Haley Anderson will represent the United States in open water swimming at the inaugural version of the World Beach Games from October 12th-16th in Doha, Qatar. They are part of a 69-athlete roster (27 men, 42 women) that will represent the US at the newly-conceived event.  In total, the event will feature 13 sports and 14 disciplines, with the United States competing in all 13 sports.

The event revolves around sports that can or will be competed on beaches or just off shore. It has drawn a roster with bigger names than we typically see for inaugural versions of new events like this, including World Champions and Olympians. The US won’t send any male open water swimmers.

Twichell and Anderson are the United States’ representatives in women’s open water swimming after finishing in the top 10 in the 10km race at the 2019 World Championships. Twichell finished 7th in the 5km race and 6th in the 10km race in Gwangju, while Anderson took silver in the premier 10km event. Anderson was the 2012 Olympic silver medalist over 10 kilometers.

The open water racing will be held on October 13th, and will be a 5 kilometer swim.

Call that Shark that raced MP

Wasn’t this event supposed to be in San Diego…
Why are women entered but not men?
Seems like a lot of story missing as this was a meet that was part of USA National OW selections…

The San Diego event went under financially with zero sponsorship. Doha just decided to buy the event. This is shady and we should not be sending our Olympians to this event. Such short memory that usas has in middle eastern waters. Also the political volatility of the region makes this an even worse choice.