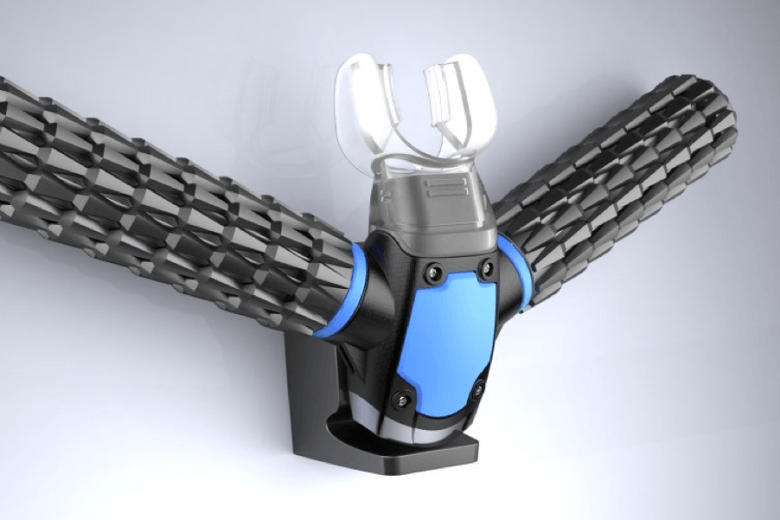 James Bond fans everywhere took notice when a Korean desgin student delivered a blueprint for a device that allows you to breathe underwater. Current photo via Jaebyun Yeon

The Biology of Swimming: Everything You Need To Know About The Swimming Machine

Your body is a Swimming Machine with a lot of moving parts. Knowing how these parts work can help you understand your body, training and performances.

James Bond fans everywhere took notice when a Korean desgin student delivered a blueprint for a device that allows you to breathe underwater.

According to the Smithsonian, the artificial gills, named Triton, capture oxygen gas in water, storing it in a tiny compressed air tank. The creator, Jeabyun Yeon, calls Triton a future product, and his website claims:

Yeon describes the device a Portal Oxygen Respirator  that  extracts oxygen from water through a filter. This filter has extremely fine holes which are smaller than water molecules. Triton uses a small, powerful micro compressor that compresses oxygen and stores it in a tiny tank.  The micro battery, 30-time smaller than batteries we use today, powers the micro compressor. Yeon claims it’s a next-generation technology which can charge 1,000 times faster.

Uhh…does it work yet, or is it still in the works? It would be incredible if this could become a reality but if it accidentally stops working you could drown pretty fast.

this could be great for snorkellers. As long as you stayed within 10 meters of the surface, you could stay down for awhile without worrying about equipment failure. If it failed, you could just pop up to the surface. Any deeper though, and you’d be contending with the bends it you had to pop up in an emergency.

I read in a few websites that this does not actually work because of the amount of oxygen the body actually need to inhale, over the amount that our body uses