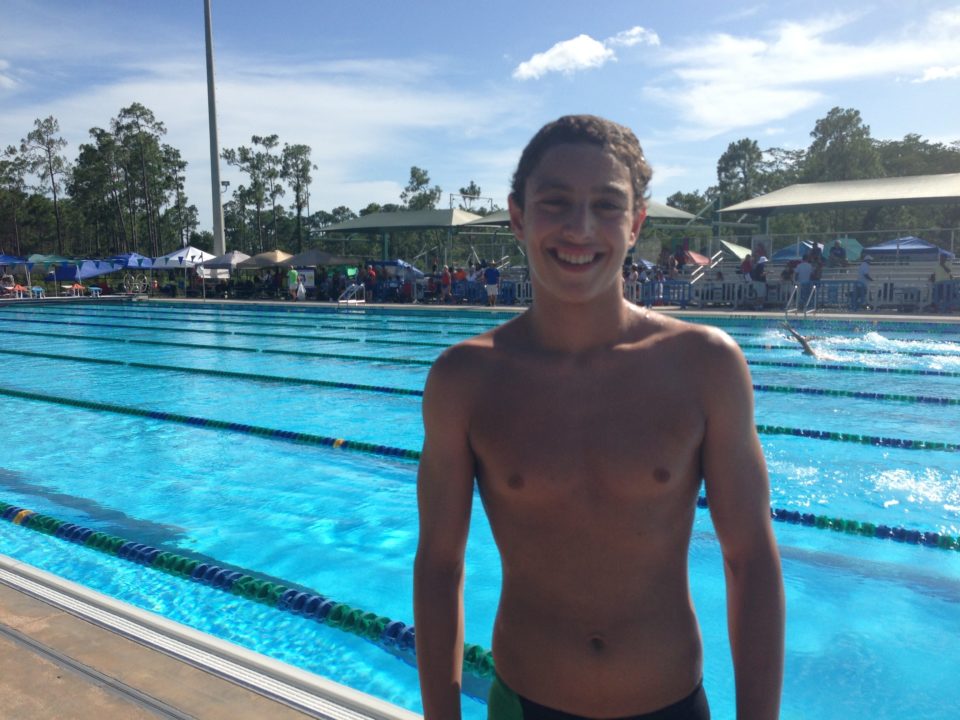 This year, Alsader won the race in a new National Age Group Record. He swam a 4:54.24 to break the 4:54.92 set by Nicholas Caldwell in 2006. Poetically, Alsader flew across the country to break that record at a meet hosted by the club Caldwell swam for when he set the record, the Gulf Coast Swim Team. Caldwell would go on to become an All-American at Florida, and will transfer to Wisconsin next fall.

This time was swum in an afternoon prelim, with evening finals sessions yet to be swum. Live results are not available for the meet this year on the internet, but they are available on Meet Mobile.

Update: Alsader was a 4:57.24 in finals, so he failed to break the record again

He is coached by Heather Fort, the Head Age Group Coach of the WAVES team.

This swim was a bit out of nowhere for Alsader, at least to outside observers. His previous best time of 5:07.10 was done two months ago, so this was a 13 second drop for him.

To add another spin to the story, his coach, Heather Fort, is the daughter of GCST head coach Don Henshaw (who coached Caldwell at GCST when he set the record).

Pish was also 59.57 in the 100 free, which broke Lindsay Gendron’s team record…that’s a good name!