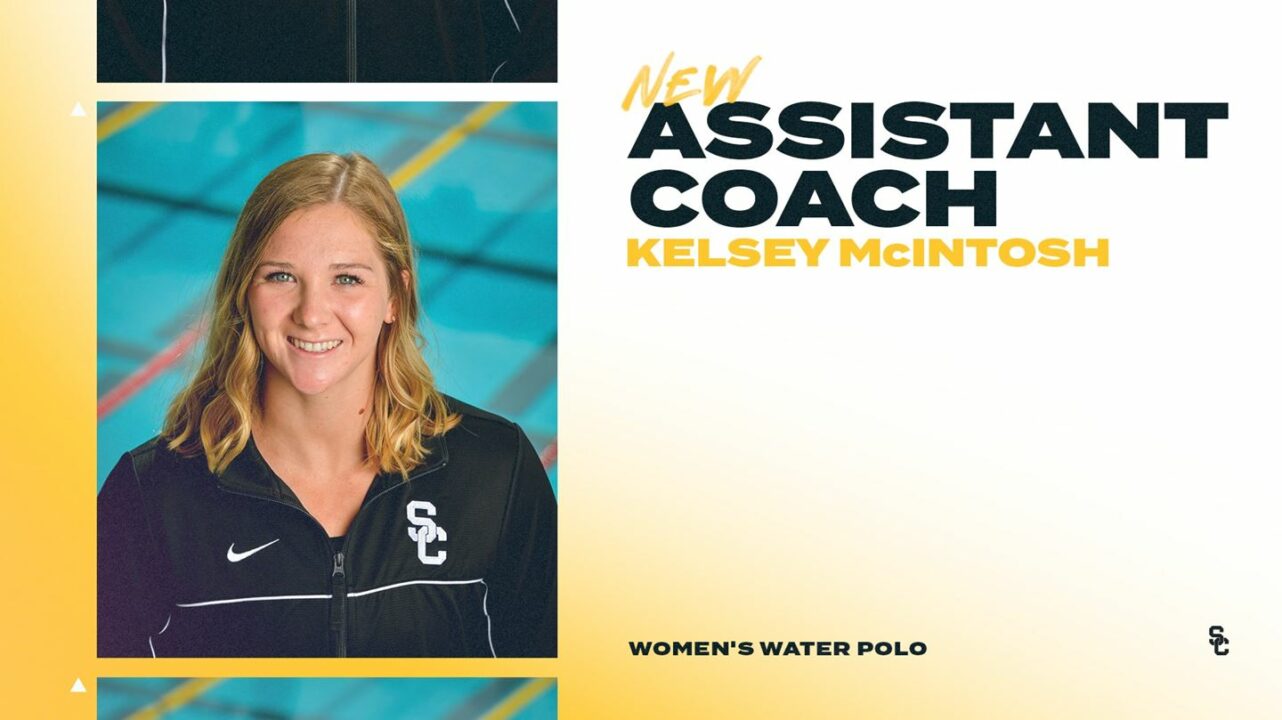 McIntosh has been named an assistant coach for the USC women’s water polo program. Current photo via USC Athletics

Fresh off captaining USC to the 2021 NCAA Championship, Kelsey McIntosh will now direct the USC women’s water polo program from the pool deck. A three-time All-American and two-time national champion, McIntosh has been hired as an assistant coach for the USC women, head coach Marko Pintaric announced today (July 1).
“We are very happy and blessed to have Kelsey on our staff,” Pintaric said of McIntosh. “As a member of our Trojan Family and a two-time NCAA champion and captain, there’s no better person to take on this role. She will continue to provide leadership and guidance to our Women of Troy as an assistant coach.”
McIntosh earned her USC degree in psychology with a minor in occupational science, playing five seasons with the USC women and scoring 123 goals. A savvy player, she helped USC win NCAA championships in 2018 and 2021 while picking up ACWPC All-America Honorable Mention in 2019 and 2021 and First Team honors in 2020. McIntosh also helped her Trojans win three MPSF Tournament titles while also earning three sets of All-MPSF accolades in her USC career. During the summers while at USC, she worked as a camp counselor and instructor for the Southern California Water Polo camps.