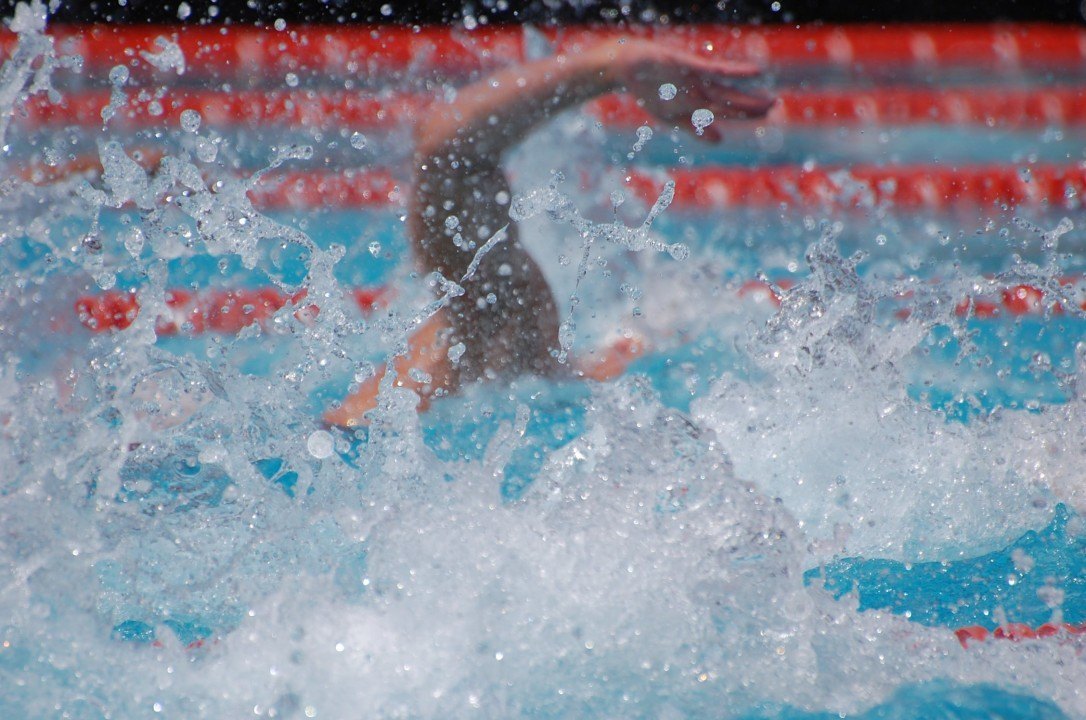 Moldova stepped into the swimming limelight on the first day of the European Youth Olympic Festival in Tbilsi, Georgia, as Alexei Sancov broke national and meet records to win the 200 free in 1:49.20. Stock photo via Anne Lepesant

Moldova stepped into the swimming limelight on the first day of the European Youth Olympic Festival in Tbilsi, Georgia, as Alexei Sancov broke national and meet records to win the 200 free in 1:49.20.

Sancov’s time breaks an ancient Moldovan record by a half-second. The old record, set way back in 1988, was 1:49.70 from Yuri Bashkatov, according to the Moldovan Swimming Federation’s site.

Russia swept the 4×100 free relays to close the night. The girls team won in 3:50.33, getting a big 56.68 leadoff split from Valeria Sukhanova and a 57.69 from anchor Iuliia Filippova. Both were the best splits of their respective legs, as was the 57.90 from third swimmer Marianna Bobrova, just 13 years old.

The Russian boys went 3:26.16 to win gold, missing the meet record by just two tenths. Ivan Girev‘s 50.69 wsa the key leg – Girev is just 15 years old, and held off a surging German team for gold. Johannes Hintze anchored in a field-best 50.25 for Germany, but the team could only take second in 3:26.20.