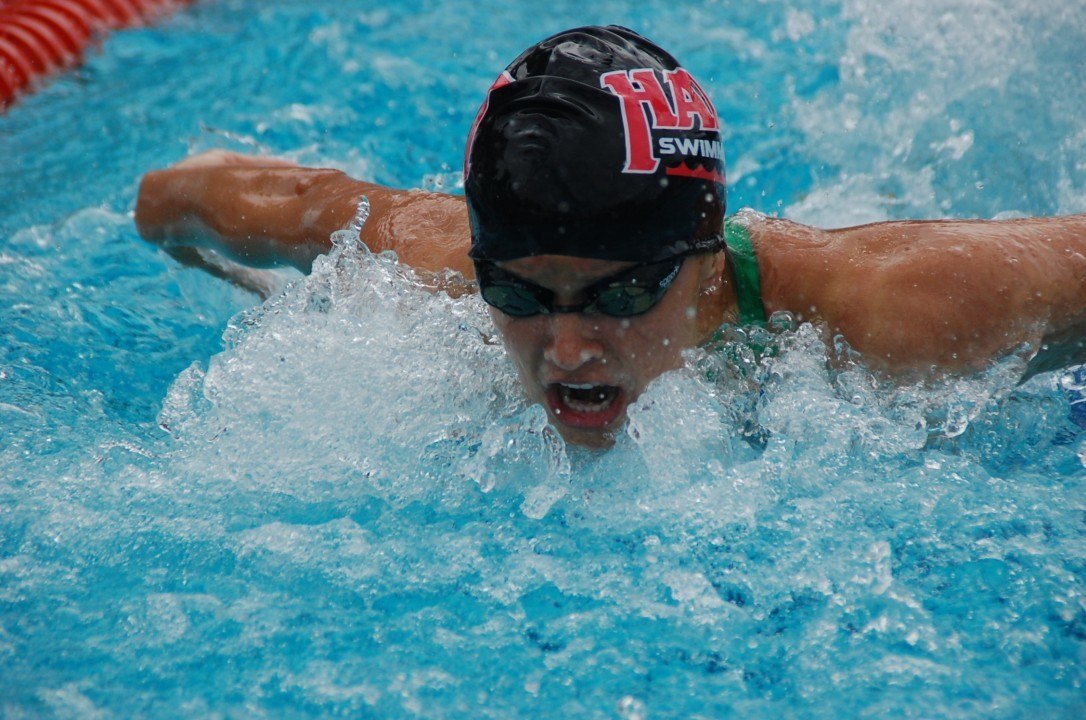 Mik Ranslem, butterfly and I.M. specialist from Canyons Aquatic Club, has changed her commitment from Boise State to the University... Stock photo via Anne Lepesant

Mik Ranslem, butterfly and I.M. specialist from Canyons Aquatic Club, has changed her commitment from Boise State to the University of Arizona. The swimmer was released after Boise State’s Kristin Hill resigned.

“I was shocked to hear about Kristin Hill resigning and I was really sad and a little confused about it, but I talked to my club coach who helped me in making the decision to start looking at other schools,” said Ranslem on the switch.

After making that improvement in the 200 fly, Arizona will fill the space left by All-American Elizabeth Pepper, who graduated in May after qualifying for the 2015 NCAA championships in that event.

With those times, she’s already in position to score in 3 events at the conference meet. Based on the 2015 Pac-12 Championships results, her 2:00.92 200 I.M. would have slid her into the top 16 on the first day of individual competition.

She’ll have her options open on the 2nd day. Her bests in the 400 I.M. and 100 fly would have landed her in 13th and 19th place respectively. With the depth of Arizona’s incoming freshman class in the 100 fly, it wouldn’t be surprising to see her lean towards the I.M. event.

Ranslem will continue to look towards qualifying for the 2016 Olympic Trials and will join the Wildcats in August.

“With Trials being next year, I felt I needed a more stable program going into a meet like that. After looking at some schools, Arizona and another school were the top 2, and in the end I picked Arizona. I’m also really excited that I’m going to the same school as my current coach, Coley Stickels, and carrying on the tradition of handling the heat similar to Mike Trout.”

Mike Trout and the Cats! Hopefully he will make an appearance.

Great pick up by the Wildcats. Handle the heat like Mike Trout!!

I don’t think she will be swimming the 50 free much.