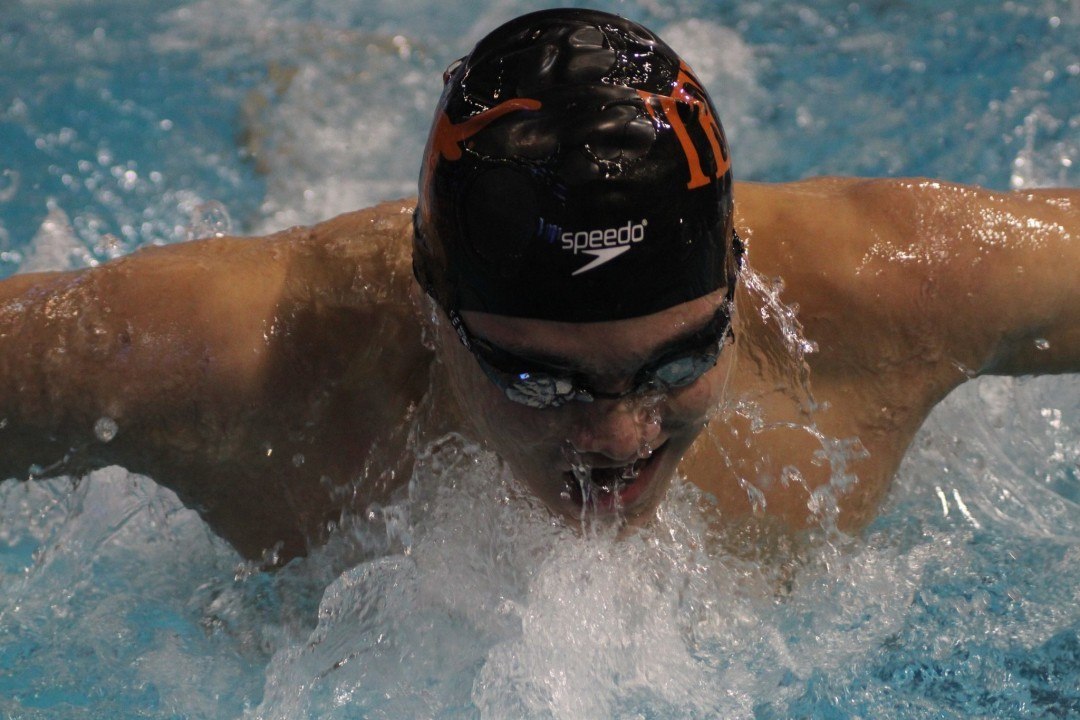 Joseph Schooling will be sticking to his bread and butter events at the 2015 FINA World Championships, as entry lists... Current photo via Andy Ringgold/Aringo Photography

Joseph Schooling will be sticking to his bread and butter events at the 2015 FINA World Championships, as entry lists show him only in the 50m, 100m, and 200m butterflies.  On one hand this, this isn’t all that surprising.  He’s garnered attention largely for his butterfly prowess, having set the national high school record in the 100 fly while a senior at Bolles High School, and kicking off his NCAA career by sweeping the 100 and 200 fly events as a freshman and helping the Texas Longhorns win this year’s national championship.

However, the reason that his schedule is interesting is because Schooling, who represents Singapore internationally, generated some headlines with his performances in other events in June at the Southeast Asia Games, where he won nine gold medals.  There, not only did he win all three butterfly events, but he also won the 50m and 100m freestyles and the 200 IM, as well as leading Singapore to victories in all three relays.  As a result, there was some speculation that he might try to branch out beyond the butterfly events here in Kazan.

While it would have been interesting to see what Schooling could have done in the 100 free or 200 IM fully-tapered, it makes sense that he’s sticking with the butterfly.  The 48.58 he swam for the 100 free might have been enough to get him to the final here if he could repeat it, but his chances were slimmer in 50 free, 200 IM, or 200 free (he led off the 4×200 relay at the Southeast Asia Games in a 1:47.79, which was a meet record).

Meanwhile, Schooling should not only easily make the finals in both the 100 and 200 fly, but he also has a good chance of earning a medal in at least one of those events.  He’s the ninth-seed in the 100 fly, with an entry time of 51.69, and the 12th-seed in the 200 fly, with a time of 1:55.73.  He’ll have to square off against defending champion Chad le Clos in both of those, among plenty of other veterans, but Schooling should be one of several swimmers in the mix for minor medals.

If anyone out there was pining to see what Schooling could do in the freestyles next week, all is not lost.  Singapore, led by Schooling’s former Bolles coach Sergio Lopez, has entries for all three men’s relay, as well as both mixed relays, meaning that Schooling could very well end up getting a chance to swim the 100 and 200 freestyle in some capacity.

Has Joseph been in Singapore training with Sergio and Cordes or did he stay at Texas this summer?

If times are the only thing you are interested in then you don’t even need to watch the events for Schooling: