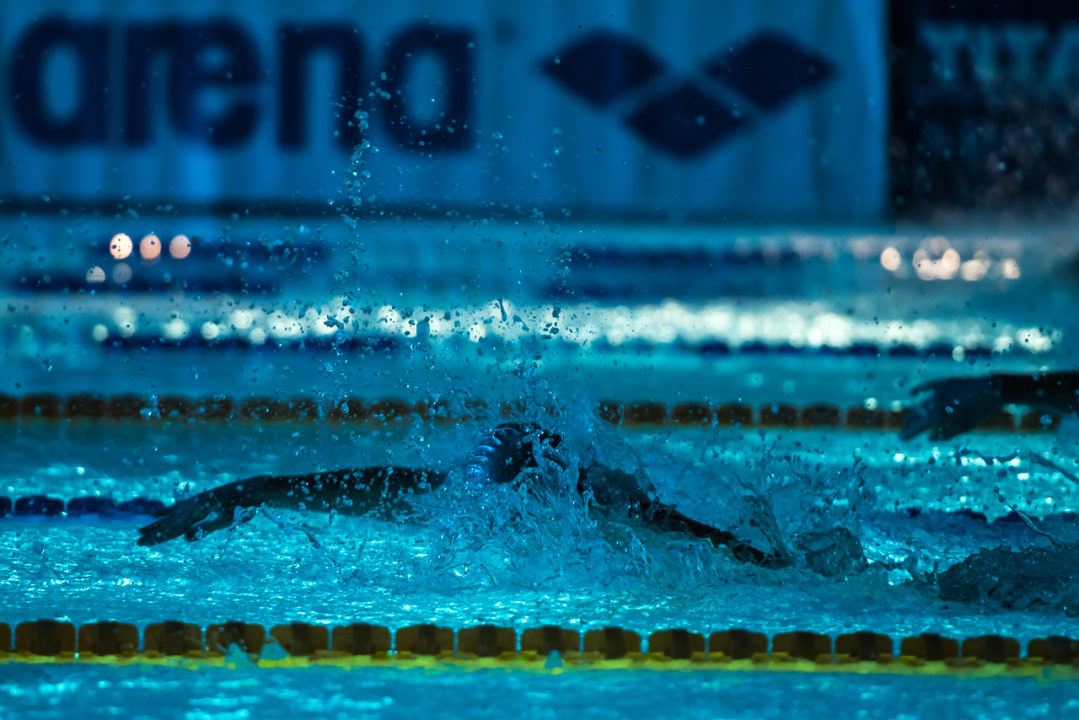 Alexander Popov is one of the greatest swimmers of all time. Here's what you can learn from his relentless pursuit of perfection in practice. Current photo via Peter Sukenik/www.petersukenik.com

Optimize Your Training No Matter Where You Are

Check out the many ways you can continue to get the most out of your training while away from home!

On the final night of competition at the 2003 World Aquatic Championships in Barcelona, Alexander Popov mounted the blocks for what would be his final major championship win.

The 31-year old Russian sprinter had already done it all in the sport.

He’d won back to back Olympic gold medals in the 50 and 100m freestyles in 1992 and 1996, the only swimmer to accomplish the feat. He broke the world records in both events while repeatedly swatting away up-and-comers to the sprint events for well over a decade.

When Popov dove in on July 26, 2003 and exploded to the surface on his way to gold in the 50m freestyle, he did so with his trademark precision and grace. Champion swimmers make the sport look easy—and Popov’s somehow made it look even easier. He took just 31 strokes—in a brief, no cap and from an old-school start—to smash the world record in the 50m freestyle in 2000 in a time of 21.64.

Popov’s efficiency was developed with a relentless focus on technique in training.

Under the watchful eye of his longtime coach Gennadi Touretski, Popov would regularly swim 5,000m straight freestyle. Touretski avoided doing drills in practice, placing an emphasis on swimming “slow” but with excellent form and target stroke rates at all times.

“The only way to win is non-stop perfection.” – Gennadi Touretski

Popov’s stroke didn’t change from training to competition. The same effortless looking technique he used on race day was the same balanced, high-elbow catch that he brought to practice every day. There was no distinction. There wasn’t practice swimming or competition swimming.

There was only one stroke.

The effect of all those meters with perfect technique in practice was that by the time Popov got up on the block, he didn’t need to think about what he wanted to do. He didn’t need to worry about his stroke collapsing, or choking, or planning how he wanted to feel in the water.

It was just a matter of diving into the water and letting his body do what it had done a million times in training.

Popov’s habitual technical excellence was such that he could regularly swim at world-record setting pace in training. Literally. Story goes that at a pre-Olympic training camp in Colorado Springs Popov got up on the blocks for a surprise “get up” 50m effort. The coaches in attendance—including USC’s Dave Salo who later talked about the occurrence, clocked Popov on a stop-watch at a time that was 0.10 seconds below the existing world record.

Popov trained the way he raced.

And he raced the way he trained.

How many swimmers can say the same?

Are you training the way you want to compete?

There is frequently a disconnect between the way swimmers train and the way that they compete.

It’s one of the reasons that swimmers choke under the bright lights: the experience of competing is so different from what they experience in training that it is overwhelming.

The competition experience is so totally and utterly new that they cannot help but feel overwhelmed. It’s no wonder that many of the swimmers I talk to complain about overthinking when they get to the big meet.

This is a default reaction when we are face to face with an unpredictable, foreign and pressure-packed environment. We second doubt our preparation because it doesn’t line up with what we want to do in competition.

Training the way you want to race puts all of your technical elements of your swimming—the way you attack the walls, the breathing patterns you use, the manner in which you explode through your breakout—and puts it on auto-pilot.

Those habits have long ago been ingrained and the tracks laid down. All you need to do at this point is clear your mind and swim, your body and your training habits will take care of the rest.

Here are some keys for making this work for you.

Prepare the same way for practice you would for competition.

How do you compare the approach you take to practice compared to competition?

For most swimmers, in practice we are chill, easy-going, relaxed—no pressure because hey, if this practice goes poorly, there’s another one tomorrow.

But with competition, there’s only one chance, one heat of our best event, one chance to smash that personal best time.

Start viewing each day’s practice as an urgent opportunity to improve, and start viewing competition as simply another practice on your journey.

Do the same dynamic warm-up. Eat the same meals. Use the same stretching routine. Do visualization over the course of the day in the same way you would at a meet.

There’s no such thing as “garbage yards.” There are only focused yards, and unfocused yards.

This is one of the terms that swimmers like to throw around when they are given a set they don’t immediately understand, or usually when they have to do a set that they don’t like.

But garbage yardage is blind to volume: a 25m sprint done with brutal technique is just as garbage as a 5,000m straight done with poor technique.

The only thing that is garbage is the mental approach you take to those meters and yards.

Sweet, coach gives you a 4,000m main set when you are a 100m sprint specialist—does that mean you need to do 4,000m worth of crappy turns? Loose streamlines? With mediocre technique?

While there are examples of truly garbage-yardage sets, there’s always an opportunity for you to improve something in your swimming, regardless of the set.

The swimmer who can find something meaningful to work on during the “meaningless” sets finds a way to set themselves apart.

Alex Popov was one of those swimmers who was very cerebral with his swimming in practice. He was always thinking about how to be more efficient, toying with hand placement, angle of elbow during the pull, and so on, all so that he could become a better swimmer.

He was a scientist with his swimming, and practice was the lab.

Caeleb Dressel, the most recent addition to the pantheon of sprint legends, is much the same way. His log book entries as an age group swimmer bordered on long-form essays, with Dressel sometimes hopping out of the water mid-practice to write how he felt in the water.

This kind of fast-action feedback loop means that you will be better informed to improve your technique and effort.

A lot of focus is placed on swimming at race pace. Which is super fair—after all, you want to experience as much time as possible swimming at the pace you want to race at in competition.

But swimming a ton of meters at race pace isn’t always feasible, especially the shorter the event.

For every other meter you are swimming in the water, how much of an emphasis are you placing on swimming with race pace technique?

You know, the same technique that you plan on using on race day?

If race pace technique is making up only 10% of your workout, will you be confident that this stroke will be there for you on race day?

Each time you step foot onto that cold pool deck you are building a performance.

You are sculpting the race you are going to have on race day.

You are embedding the habits and technique that will step up onto the block with you.

Will the training you do in the pool today reflect the performance you want tomorrow?

Insane speed in a brief with such an old school start.

If Dressel and Proud can match Popov’s swimming speed, with their starts they’ll be well under 21.

I used to coach at a pool on your street

Popov is a legend (2003 100free semis he shutdown the last 10m, go watch for a true demo of his talent in the pool). But this is veering towards hagiography, particularly with regards to Touretski and his training.

Gennadi Touretski (paraphrasing a late-1990s Swim magazine quote): “I don’t think that anybody could be more efficient. I think the next world record holder will have to be taller or longer arms to beat (Popov’s) record”

But how much of that is suits/starts/turns/ underwater. Are any of them actually more efficient swimmers?

Nope. Popov would be the record holder today with the tech.

Dressel’s start though… I can’t imagine him not being faster even with the old school block and a brief.

Adam, I bet he would disagree. watch his 50 free disection on his youtube section and you will see what I mean.

Seen it. Still no chance.

This is good, Olivier. Thanks!